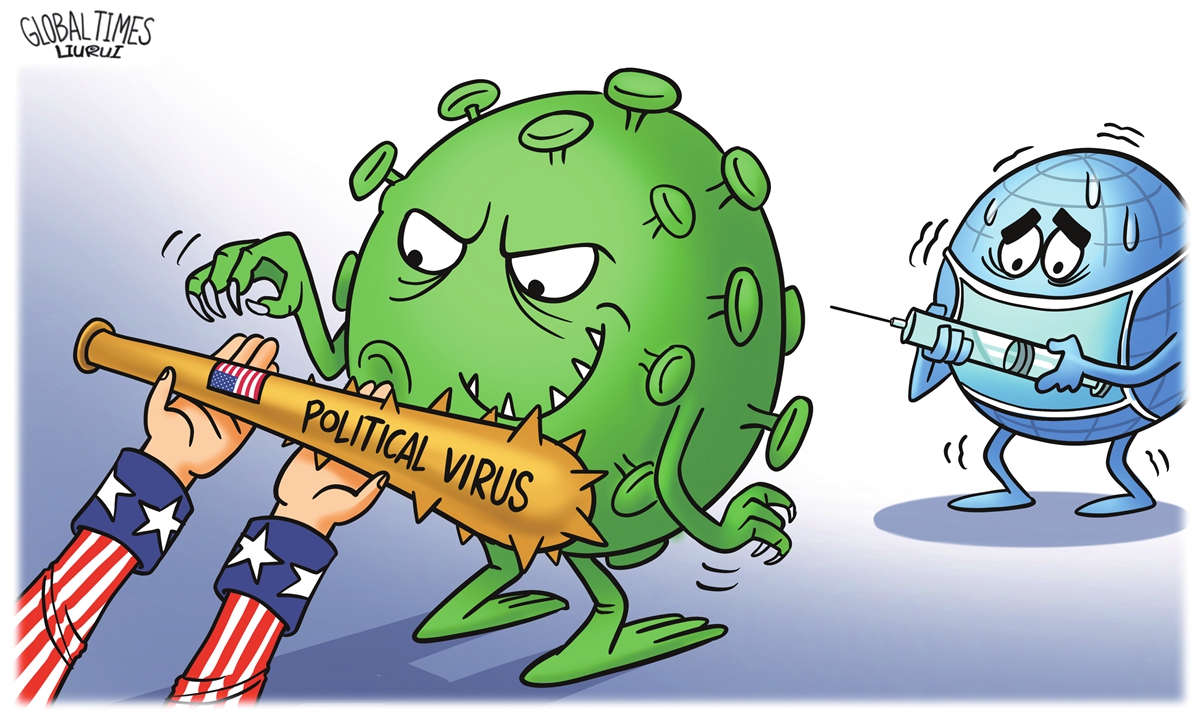 Today the United States is the world’s “No. 1” both in cumulative confirmed new cases of COVID-19 and in total deaths. The U.S. government, which prides itself on occupying the moral high ground on human rights, has repeatedly missed opportunities to prevent and control the outbreak, with the result that the American people remain mired in the pandemic to this day.

U.S. pandemic prevention and control is putting politics before science. Last year the spread of the pandemic coincided with the U.S. election. In election politics it seems that, to some politicians, winning elections takes priority over the general good. The conflict between effective pandemic control and a quick reboot of the economy, partisan fighting between the two parties and protests by different groups over the pandemic, race and other issues have all made America’s pandemic prevention and control highly politicized.

At the moment, despite the resurgence of the virus in the U.S. and the fact that it is infecting a younger population, the political battle between the two parties over the issue of vaccination continues to simmer. Resistance to vaccines in some Republican states has led to making slow progress on vaccination rates, with a Republican lawmaker saying, “The Biden administration’s plan to expand vaccinations could be used by Democrats to confiscate people’s guns and Bibles.”*

The United States has long regarded itself as a “beacon of human rights” and is a party to the United Nations’ International Covenant on Civil and Political Rights. However, since the outbreak of COVID-19, not only has the U.S. government not taken active measures to protect the people’s right to life, but instead, some politicians have openly declared that “seniors should voluntarily die to save the economy.”** If the U.S. government is putting the lives of its people first, then implementing lockdowns and outbreak prevention management at entry-exit points are a necessity. However, the pandemic cannot be effectively controlled because the U.S. maintains “human rights first” in its words but puts the interests of capital first in its actions.

The COVID-19 outbreak not only reflects multiple human rights crises within the United States, but also highlights the selfish undertones of U.S. foreign policy. A recent Washington Post article reported on the massive stockpiling of COVID-19 vaccines in the United States, resulting in significant vaccine waste. This selfish practice of vaccine hoarding has largely deprived developing nations of fair access to vaccines. At the same time, the U.S. government has frequently interfered in the internal affairs of China and other countries in the name of “human rights,” even specifically naming China in its “Captive Nations Week” declaration.

The U.S. double standard on human rights clearly shows that what the U.S. government wants to uphold is not “human rights,” but the current order, where it imposes its own will and standards on others. It is U.S.-dominated power politics, under the hegemonic logic of “America rules the world,” behind which are big capital interests in the name of the will of the United States.