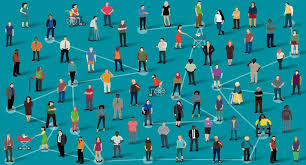 How do we get involved in failed states whose governments are paralyzed or in countries that have fallen into civil wars, and how do we prevent them from becoming “hotbeds of terrorism?”

Japan, the United States and Europe must strengthen their unity and support an international order based on freedom and democracy, taking into account the lessons of the 20-year war on terror and changes in the global situation.

A Sense of Helplessness in Afghanistan

Twenty years have passed since the terrorist attacks on the U.S., in which the international terrorist organization al-Qaida hijacked airplanes and attacked New York City and the suburbs of Washington, D.C.

After the incident, the U.S. immediately launched a counterattack and cleaned up the al-Qaida stronghold in Afghanistan. The U.S. also brought down the regime of the Taliban, an Islamist group that had been harboring this terrorist organization, with the aim of building a democratic state.

However, with the complete withdrawal of U.S. troops from Afghanistan in August this year, the Taliban have returned to power. Many people must feel helpless in a situation where it seems as if the clock has turned back.

The war in Afghanistan was the longest war in U.S. history. At one point, 100,000 soldiers were deployed, but they were unable to quell the Taliban as terrorism was ever-present. It is estimated that 2,461 U.S. soldiers were killed and the cost of the war was over 200 trillion yen (approx. $1.8 trillion).

Al-Qaida has been weakened, and large-scale terrorist attacks against the U.S. and Europe based in Afghanistan have been deterred for the past 20 years. Still, why do we feel that the results are so lacking?

One reason is that extremist groups and terrorist organizations have been increasing in number, especially in the Middle East and Africa, and have been committing terrorist acts in many places, making it difficult to recognize that the world has become safer.

The fact that the U.S. has declared the end of the Afghan war with the withdrawal of troops does not mean that extremism will disappear from the world. Citizens of developed countries such as Europe, the U.S. and Japan can be targets of terrorism and kidnapping anywhere.

Governments should deal with the threat through close exchange of information.

What has been the problem with the U.S. anti-terrorism strategy over the past 20 years? We must calmly examine the situation and use it as a lesson for stabilization in the future.

Following the war in Afghanistan, the Bush administration launched a war against the dictatorship in Iraq, adding democratization as one of the goals for the war on terror, based on the idea that the U.S. has a responsibility to spread freedom and democracy throughout the world.

While the post-Taliban Afghan regime improved women’s rights, it was unable to overcome the ethnic, sectarian and regional divisions among the people. The corrupt nature of the government and the military, in which foreign aid was appropriated by senior officials, remained unchanged.

Having lost the backing of the U.S. military, the Afghan government forces have now abandoned the fight against the Taliban. This seems to symbolize that no matter how many troops and funds are poured in from outside, stability cannot be built unless an independent government and army are nurtured.

The international situation has changed drastically compared to 20 years ago, when the U.S. was the only superpower. China is fiercely pursuing the U.S. in the military, economic and technological fields.

U.S. President Joe Biden believes that terrorism can be prevented without stationing U.S. troops in the region; he intends to concentrate his limited resources on the power-struggle with China and Russia.

The inward-looking orientation of U.S. public opinion persists. Biden has also stated that the U.S. military should not fight a war that the Afghan army is not willing to fight. We need to be wary of a situation in which China and Russia see the U.S. as weak and step up their efforts to sway it.

Of course, Afghanistan and its allies, such as Japan and Europe, have different levels of importance to the U.S. and different security environments. The alliance with Japan and Europe is an asset for the United States.

However, these allies should take the opportunity to deepen their understanding that their own defense efforts will strengthen the alliance with the U.S. and stabilize the world order. This will also serve as a check on China and Russia.

There is an inescapable concern that the “victory” touted by the Taliban will attract terrorists and extremists to Afghanistan.

In the Middle East, Syria and Yemen have become virtually failed states due to prolonged civil wars. There are fears that extremist groups such as Islamic State will once again create havens in these countries and increase their terrorist attacks on developed countries.

In a society where the people cannot feel affluence and fairness, it is difficult to cut off the roots of terrorism. We cannot allow the spread of extremist ideas around the world through social networking sites to continue.

Deterring terrorism is an issue for the entire international community. Japan, the U.S., Europe and China should also work with Russia to strengthen steady civilian support, such as vocational training for citizens. It is also important to build a monitoring system centered on the United Nations to ensure that such efforts are steadily implemented on the ground.

About Owen 15 Articles
I am currently a university student with a degree in International Affairs and a soon to be degree in Japanese. I enjoy reading books, talking with people, and learning new things.