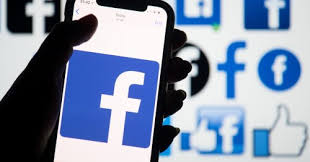 Yesterday, the platforms of Facebook, Instagram and WhatsApp, all owned by America’s Mark Zuckerberg, were out of service for several hours. This caused significant problems for billions of users around the world, from the interruption of private correspondence to the loss of revenue for businesses that rely on such platforms for their activity. The apparent cause of the disaster was a configuration error that caused a chain reaction in the programming of servers for the three social networks. It also crashed the messenger service Telegram, which is not part of the Zuckerberg empire, due to a massive influx of users leaving WhatsApp.

But Facebook, Instagram and WhatsApp have more than just technical problems. The popular social network has been impacted by accusations of immoral business practices, especially those put forward last Sunday by Frances Haugen, who was a product manager and member of the company’s civic integrity team. She came forward to denounce a lack of concern for the safety of Facebook users on the part of the company, which has prioritized increasing profits at every turn. For example, it installed an algorithm that prioritizes messages of hate and disinformation over others because they tend to generate more lucrative traffic for the social network.

A few weeks ago, The Wall Street Journal exposed the company’s internal investigation that emphasized the negative impact of Instagram use on adolescent girls, given that it creates negative feelings with respect to body image, feelings of loneliness, anxiety, depression and eating disorders.

Even worse, the investigation concluded that Facebook’s executives are not concerned with preventing, detecting or deleting the profiles of users engaging in illicit activities, such as inciting violence, recruiting hitmen for criminal groups or tricking women into becoming victims of human trafficking and sexual exploitation. These very serious omissions occur primarily in Asian, African and Latin American countries, where the social network is still expanding.

As if that weren’t enough, just yesterday, during the outages on the three platform servers, a number of experts reported that the personal data of 500 million Facebook users (including names, email, phone numbers, geographic location, gender and usernames) were for sale on a forum for identity thieves at a price of $5,000 per million users.

Even before the triad of services experienced this great technological mishap, Zuckerberg’s company stock saw a catastrophic drop of nearly 5%, equivalent to a loss of nearly $6 billion. These events also constituted another toxic element that affected movement on the international finance markets.

In short, it is clear that the platforms dominating the internet, including Google, Apple and Twitter, suffer from extreme moral poverty. It is also clear that there is a dangerous gap between their capacity for internal regulation and the strength of their technological and financial urges. That gap is dangerous not only for their servers, but for the world in general.