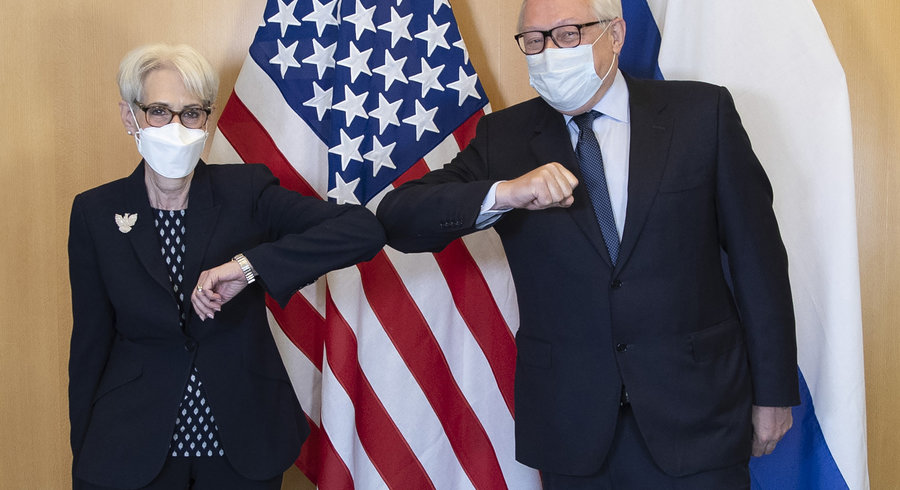 The summit between Joe Biden and Vladimir Putin in June returned Geneva to the heart of the negotiating table between the Americans and Russians. The strategic dialogue, which continues this Thursday at the Russian Embassy, is extraordinarily complex. If it fails, it will not bode well for global security or stability.

Ever since it was selected as the seat of the League of Nations in 1920, a decision inscribed in Article 7 of the Covenant of the League of Nations, Geneva has always aspired to its role as the global capital of peace. Talks between the American undersecretary of state and the Russian deputy foreign minister, which will take place this Thursday at the Russian Mission to the U.N., of course are not expected to seal any definitive peace between Moscow and Washington. But given the terrible state of relations between the two countries in recent years, any dialogue, particularly strategic, is worthwhile.

It is the first positive outcome of the Biden-Putin summit, which took place on Lake Geneva in June. The Russians and Americans are clearly at ease in Geneva. That is where Mikhail Gorbachev and Ronald Reagan met to begin a dialogue that led to the end of the Cold War. It was also there that, in 2010, the two countries negotiated the only remaining arms control act: The New START treaty. Despite being blocked since 1996, the Conference on Disarmament contributed to the emergence of a highly specialized ecosystem that justifies the holding of such negotiations in Geneva. It is therefore no coincidence that the International Campaign for the Abolition of Nuclear Weapons, recipient of the Nobel Peace Prize in 2017, has also made its home there.

Beyond the usual optimism typical at the beginning of any process, the subjects Wendy Sherman and Sergey Ryabkov must discuss are extraordinarily complex. There is, of course, the subject of nuclear weapons, which remains fundamental. But it is no longer the only matter. Astonishing technological developments in Russia and the United States have given rise to new weapons of equally devastating power. These weapons are used both in space and in cyberspace, and cast serious doubt on the idea of nuclear deterrence, thought to be secured forever. Given the danger, these new weapons require a clear normative framework to avoid chaos. This is the formidable challenge facing the Americans and Russians. The challenge is all the greater due to the asymmetry of the two countries’ weapons systems, which seriously complicates the situation.

The success of the talks between Sherman and Ryabkov is, however, necessary. A failure to regulate and limit the arms race would send a very negative signal to China, the United Kingdom and even Pakistan, which are all in the process of boosting their nuclear arsenals. It would also bode poorly for the next Review Conference of the very fragile Treaty on the Non-Proliferation of Nuclear Weapons in New York in January.