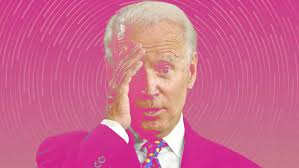 The U.S president’s life is getting increasingly more complicated as tensions with his European allies resurface, along with the dissatisfaction of many Democrats and public perception that is difficult to change.

When one thinks of the crises that have sapped Joe Biden’s popularity since the end of the summer, COVID-19 and the withdrawal from Afghanistan are certainly the first thoughts that come to mind. However, two misfortunes never arrive alone; other very complex challenges are added.

As we know, the 46th president inherited combination of historic crises — health, economic, social, democratic — from his predecessor. Yet, the most important political millstone since the beginning of his term is not among those crises, but rather the emergency at the Mexican-American border.

Of course, immigration problems that plague the southern border of the United States are nothing new. They did not appear with Biden. But they have exploded under his administration.

It has been the same story every month since last spring. Record numbers of migrants are being intercepted. And since Biden took office, tens of thousands of unaccompanied minors have been among the group. All in all, American border services have arrested more than 1 million people in 2021, an unprecedented number since the beginning of the century. And we are speaking only of those who have been arrested.

Politically, all of them are problematic for Biden for two main reasons.

First, his team quickly discovered that there was no point in blaming the previous administration for the current difficulties, since for the average person, the surge in immigration is tied to Biden’s election and to his more welcoming immigration rhetoric. Put differently, this crisis is viewed as his crisis — he inherited it and he must now manage it, like the pandemic, but on top of that, he helped make it worse.

The immigration dynamic also puts Biden in the crossfire. Accused by the Republican right of excessive weakness at the border for months, the Biden administration has begun to flex its muscle, very visibly driving migrants from American territory, including a desperate group of Haitians. This has led to attacks from the left of the Democratic Party, which is blaming Biden for a lack of humanity and drawing parallels with … the Trump administration!

With no end in sight, no simple solution, and a guarantee that he will antagonize a large part of the population regardless whatever direction he takes, the president is in a vicious circle that is hard for him to extricate himself from.

There was also the American withdrawal from Afghanistan, with its obvious consequences for the two countries principally concerned, an event that further ruffled the feathers of a good number of American allies, frustrated by Washington’s unilateral action, given the fact that they also used public funds to send soldiers there, not all of whom have returned.

Then there was a surreal dispute with France, which France squarely characterized as a “diplomatic crisis.” In September, the Élysée temporarily recalled its ambassadors to the United States when Washington announced that it had concluded a surprise military agreement with Australia that would cancel a deal already in place between France and Australia. Not to mention the revelations about German Chancellor Angela Merkel’s refusal to take Biden’s first call from the White House, choosing to travel to her summer home rather than meet with the new president. It was an incident which, albeit trivial, reveals a certain lack of interest that European leaders have in their American allies.

Additionally, tension increased another notch between the United States and several European countries in recent months, since American borders remain closed to European nationals, while they have been reopened in the opposite direction since this past spring.

Biden tried to mend fences by suddenly announcing at the height of the quarrel with France, that he would reopen borders with Europe in November, but people already had their doubts. Is America really “back,” as the new president has promised?

Former President Ronald Reagan once described how upon taking office as president, Sen. Howard Baker said to him: “Mr. President, I want you to know that I will be with you during the easy times.” “But what about the difficult times?” Reagan asked. Baker replied: “Welcome to Washington.”*

The anecdote served to illustrate a point that is still valid today: A president running out of steam may quickly feel isolated, disarmed of his most important asset when it comes to relations with Congress: influence.

That creates a vicious circle in itself: The less able a president can exert influence, the less he can score victory, and the further he stands to lose influence … and so on.

That is the ghost that has actively threatened Biden in recent weeks. While House and Senate Democrats bustle about negotiating their enormous infrastructure and social programs — legislation which has similarly enormous political implications for Biden — the president is visibly struggling to lay down guidelines to the elected representatives of his own party.

Internal tensions are inevitable within both major parties, which are made up of broad electoral coalitions that are often difficult to hold together. Yet, there is, in the ability to keep one’s party united, one of the most important tests of political leadership for a president. Can Biden pass that test?

It is perhaps his presidency, still so young and yet already so distressed, that finds itself on the line.