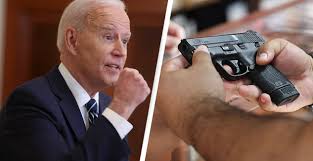 Last year, 23 million guns were sold in the United States, which represents a 65% increase over 2019.

The debate over the importance of gun control is once again in the eye of the hurricane. The FBI reported that 21,507 homicides were recorded during 2020, which represents a 30% increase over 2019. This also represents the most significant annual increase in the last 61 years and the highest number of murders since 1995.

While guns alone cannot explain these crimes, they provide the means. According to the FBI report, 77% of deadly crimes in 2020 were committed with firearms. In addition, according to Small Arms Analytics, 23 million guns were sold in the U.S. last year, which represents a 65% increase over the sale of approximately 14 million guns in 2019. In other words, more homicides are linked to the passion that U.S citizens have for guns.

What is it that motivated this unprecedented demand for weapons? Two hypotheses stand out. The first is the fear of looting, robbery and assault due to the pandemic. The second is panic buying, fueled by the possibility that the Biden administration will impose new restrictions on the purchase of assault rifles, since Biden has already called the gun violence crisis an “epidemic” and an “international embarrassment.”

But did the proliferation of guns really cause this spike in the number of violent crimes?

Another possible explanation supported by the Republicans points to the fact that police can’t fight crime as strongly as they have before because there is distrust and fear about whether they will commit abuse and due to budget cuts in Democratic cities in response to protests over the death of George Floyd.

Biden’s promise to curb the proliferation of guns seems to be diminished by the fact it is highly polarizing in the wake of a historic feeling of insecurity, which affected 78% of the population in 2020, along with apparent inaction by police.

Moreover, 56% of Americans stand behind the Second Amendment, whereas 23% are in favor of repealing it. Donald Trump knows that pushing Biden to maintain his policy on reducing the number of guns could prove equally — if not more — costly to Biden’s popularity than withdrawing troops from Afghanistan.

It is in this context that Mexico sued gun manufacturers. Far from paying Biden back politically, it will serve Trump’s interest to accuse Biden of leaving his fellow citizens defenseless while Trump revives his plan to “make America safe again,” with a view toward what seems inevitable: his campaign for reelection in 2024.