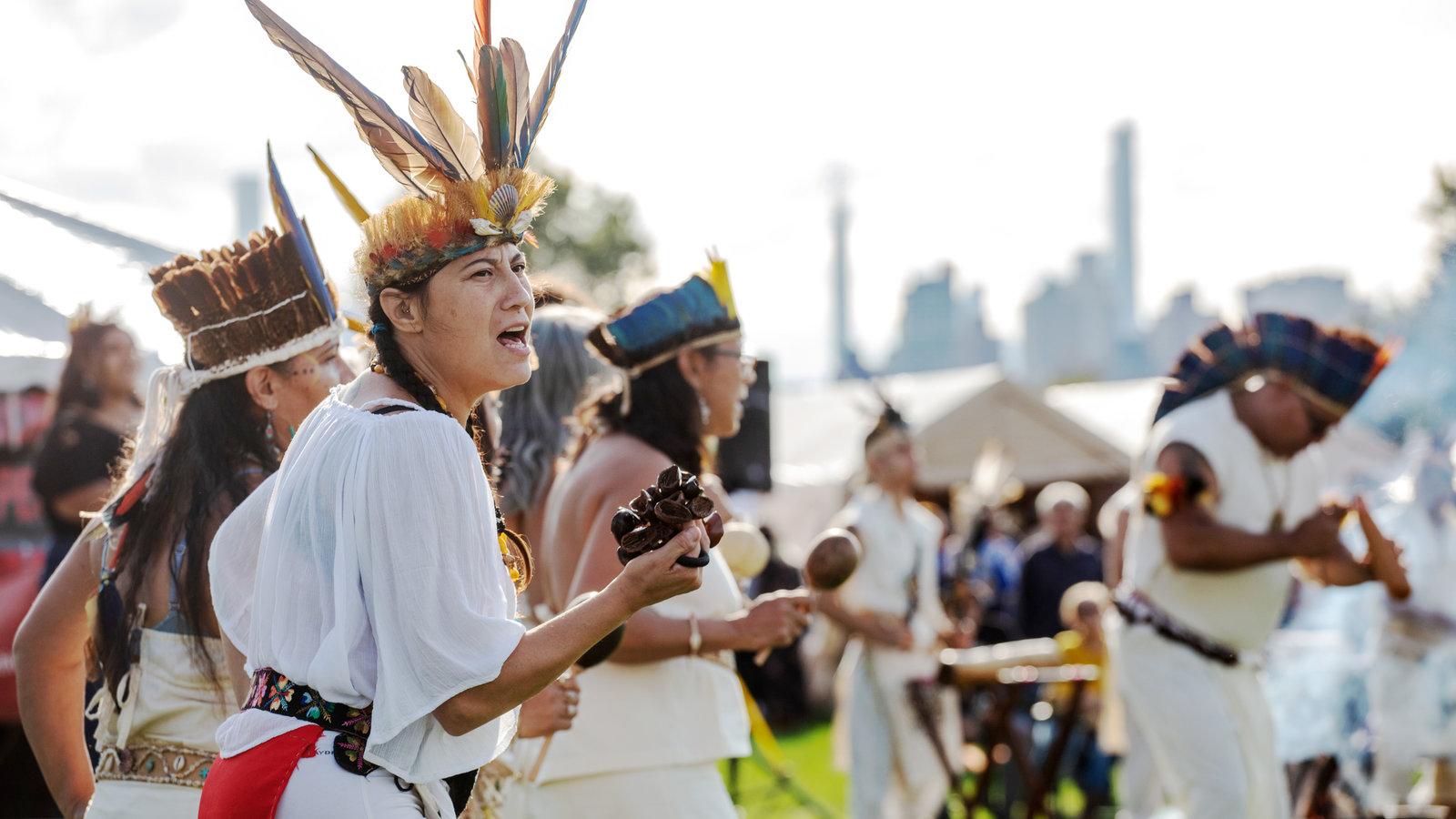 For the first time, the native peoples’ protest against the Italian discoverer becomes an official event that tries to counter the Spanish legacy.

On Fifth Avenue in New York, hundreds of people waved Italian flags in the traditional parade to celebrate the arrival of Christopher Columbus to the American continent. The Italian-American community in the Big Apple considers the explorer a national hero. Just a few hours later, in Cooper Union Square, the native community of New York celebrated Indigenous People’s Day, with various displays to remember the traditions of their ancestors.

This duality has been present for years. On other occasions, the native community took advantage of Columbus Day — which in the United States is always celebrated on the second Monday of October, despite the fact that the date of his landing in America was Oct. 12, 1492 — to protest in front of the Columbus statue in Central Park.

On Friday, Joe Biden became the first president to officially recognize and commemorate Indigenous People’s Day. He did not neglect Columbus Day, however, although he did point out in a statement “the painful history of wrongs and atrocities that many European explorers inflicted on Tribal Nations and Indigenous communities.”

The fact that this celebration, which for years has been unofficial, is now being acknowledged is no coincidence. In the Black Lives Matter protests that flooded the streets of the United States during spring and summer of 2020, Columbus was one of the targets of hate. In Boston, the explorer was found decapitated; in Richmond, Virginia, under water; and in Saint Paul, Minnesota, a group of people tore down a statue of Columbus to cheers and applause.

But not all Democratic politicians renounce the heroic image of the explorer, like the mayor of New York City, Bill de Blasio, who has descendants from the Italian peninsula. On Sunday, he attended an “Italian-American pride” parade in the Bronx, as part of the Columbus Day celebrations. Meanwhile, the mayor chose to emphasize the celebration of the Italian people and ignore why it takes place on this day. An example of this is the tweet he posted to celebrate the day, in which he paid tribute to his grandparents, Giovanni de Blasio and Anna Briganti, who “came to America with their culture and faith.” He added that the essence of the commemoration is to celebrate “the Italian Americans who brought so much” to the United States.

The new governor of New York, Kathy Hochul — who recently replaced the also Italian-American Andrew Cuomo — followed a similar strategy. After attending the traditional parade, she tweeted a photo of the event with the text, “Celebrated New York’s rich Italian heritage this morning at NYC’s 77th annual Columbus Day parade!”

On the other hand, New York’s education system does try to turn the page. Beginning this year, their public schools are using the concept of Italian Heritage Day/Indigenous People’s Day to celebrate the traditions of the two communities. Before, the subject was the odyssey of Columbus and the three ships that he sailed in his discovery of the New World.