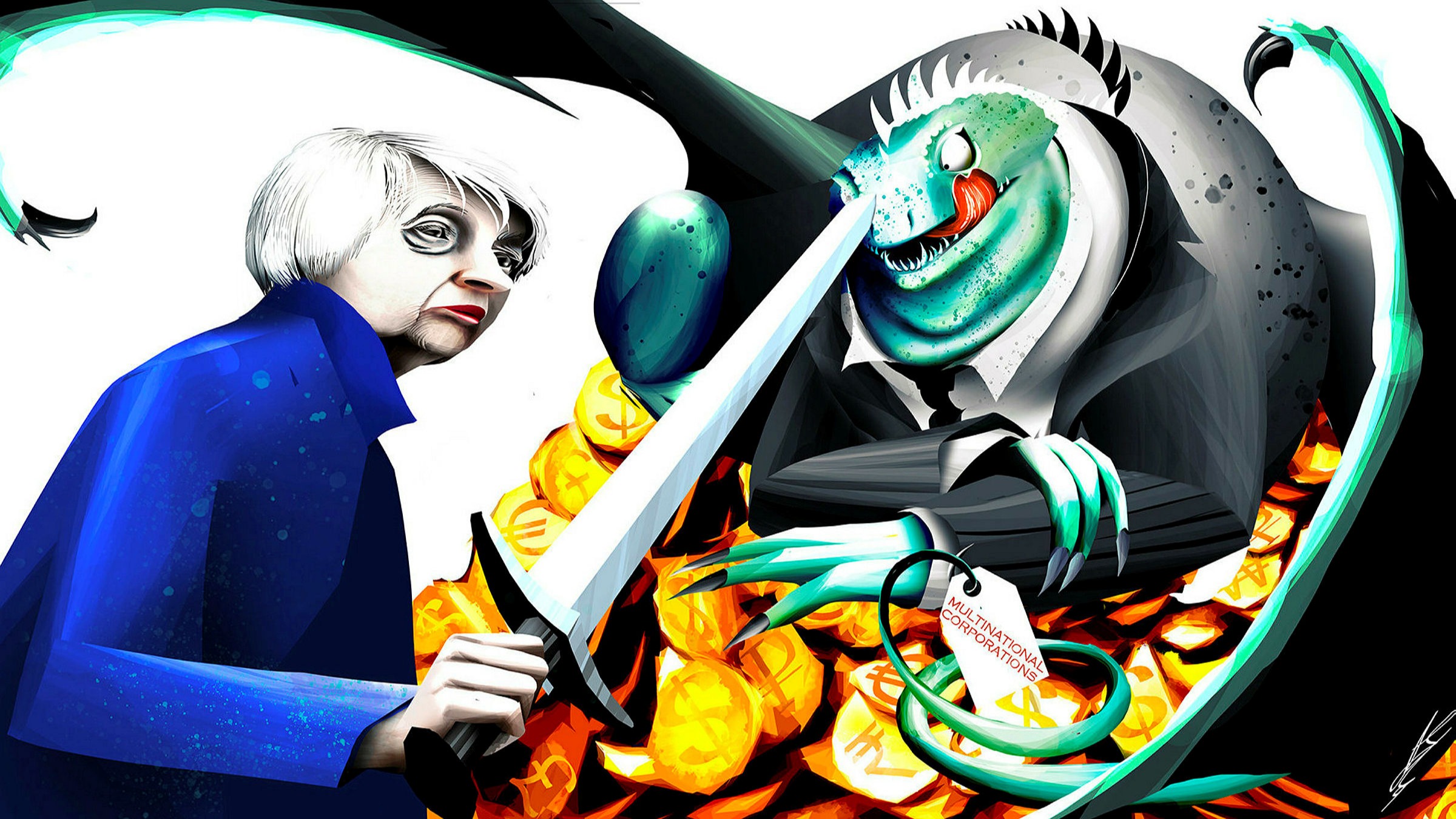 “How much has changed since that time.”

Recently, world renowned columnist Moisés Naím published an article in various periodicals, in which he wrote, “According to the Organization for Economic Cooperation and Development, large multinational corporations have been able to avoid taxes for amounts ranging from $100 million to $240 million each year — that is, 4% to 10% of their total taxes have fallen by half between 1985 and 2018.” According to our columnist, “In 2017, which is the last period for which there is reliable data, multinationals put 40% of their earnings in tax havens where they paid little or no taxes.” The columnist says absolutely nothing about which countries are the tax havens, or whether they include Panama and Ireland (one of the countries with the highest gross domestic product per capita).

Also, Naim tells us that the United States has reached an agreement in which 132 countries have committed to collecting a global minimum corporate tax. The participating countries make up more than 90% of the world economy, and the agreement will limit the opportunities corporations have to avoid taxes by moving their profits to countries with lower tax rates. He praises the cartelization of the economy in the fiscal arena. It bothers him immensely that Ireland charges Google and another company a tax of 12.5%. But he doesn’t mention that Joe Biden’s administration has proposed a minimum tax of 21%, a much higher rate than European countries had estimated. Increasingly more tax revenue is coming from intangible sources, such as drug patents, software and other digital services, more revenue than has made its way into tax havens.

Chris Edwards, director of tax policy studies at the Cato Institute in the United States, has argued in respect to this situation that just as competition among businesses promotes efficiency, tax competition generates efficiency for countries. “Tax competition between countries is a good thing, not a bad thing, as the U.S. treasury secretary claims.”

Without effective international competition, governments easily become monopolies. To a certain point, fiscal competition reduces the monopoly power of governments. The fact is that Biden wants to increase the corporate tax rate to 28% to finance his grandiose infrastructure plan.

Without a global minimum corporate tax, the United States could be at a disadvantage against other major economies that have lower tax rates. Apparently, what the White House is doing, as some experts suggest, is playing a two-sided game of pool: one increase at home and one outside its borders. Corporate taxes in the 27 countries that make up the European Union vary enormously, from 9% in Hungary and 12.5% in Ireland, to 31.5% in Portugal and 32% in France. In Latin America, the tax burden reaches 23.1%.

American taxation history seems to have been a roller coaster ride. When income tax was introduced in 1913, its rate structure varied from a minimum of 1% to a maximum of 7%. Then, in the so-called growth decade of the 1950s, the top income tax rate reached 92%! Practically confiscatory.

John F. Kennedy lowered the top rate to 70% when he became president. In 1969, legislation lowered the income tax rate for wages to 70%. When Ronald Reagan became president in 1981, income tax rates ranged from 14% to 70%. Reagan helped enact the 1984 Tax Reform Act, which changed the tax structure to an 11%-50% bracket and caused a wave of growth and optimism in the U.S. economy. Bill Clinton’s administration brought a surplus to the U.S. Treasury and achieved growth without debt or inflation, and with better indicators than those of the Reagan and Bush administrations. This is different from the common Keynesian policy that the Biden administration is implementing, a policy that Naím so greatly praises, and which has already brought inflation to 4%.

It seems that the bad guys are the big multinationals, like Google, Amazon, Microsoft, Apple and Facebook. These companies did not emerge as large oligopolies favored by tariff protections or ad hoc industrial policies. They arose because they satisfied consumers and raised productivity internationally, not just locally. They have also created jobs and generated a culture of management and productivity, as did the oil transnationals in Venezuela at one time. Now it turns out that they are the bad guys.

Naím praises Biden by saying, “He is against inequality.”* How different from what Naím was before! When Naím served as minister of development, I publicly praised him in Reporte Diario de la Economía because he made structural changes in that ministry that favored the new economy the second administration of Carlos Andrés Pérez was trying to implement.

About Robert Sullivan 112 Articles
Ex-Foreign correspondent who lived and worked in Argentina and Brazil, among other (non-Latin) countries.