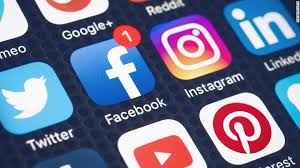 This week, a foreign company decided to update its servers and work output in Chile plummeted. Facebook experienced an operational problem that left the world without WhatsApp, impacting everyone professionally and personally. We are at the mercy of tech giants and it seems we have resigned ourselves to this fact. Gmail is down and we all go on vacation.

At the same time, the person who leaked the “Facebook Files” testified before the Senate, and it was revealed that the company knew about the harm its platforms were inflicting on users and did nothing about it. Once again, the ethical and legal questions make it clear that Facebook’s conduct is neither neutral nor private. Mark Zuckerberg’s decisions directly affect our lives.

It seems we can’t do anything about it, so let me digress and put things in perspective.

In the economic debate over monetary policy, there is an interesting issue concerning the actual ability countries have to dictate monetary policy in a global setting with free exchange rates and no capital controls. The classic trilemma becomes a dilemma when the local policy of a small country is influenced by international financial markets and the monetary policy of great powers, in particular the United States.

As is the case with macroeconomic discussions in a global financial market, it does not seem like a good idea to simply wait for the U.S. to do the right thing about big tech companies.

Each country must think about, prioritize and do what is in the best interests of their citizens. For this reason, Australia took the first steps to regulate payment for use of content on digital platforms. The Cambridge Analytica case exposed the harmful effects that information manipulation and fake news have in a democracy, so Australia is seeking to protect its local media.

It is not news that we live in a digital age, but we continue to act as if we did not. As never before, five technology companies — Apple, Microsoft, Facebook, Google and Amazon — dominate 20% of the S&P 500 market capitalization. At the same time, the top 100 companies in the S&P 500 hold almost 92% of the index earnings; in 1975 this was 48%. The concentration of economic power is brutal, even more so if we understand it as a proxy for the impact it has on our lives.

Addressing the problem is not the same as regulating it to make sure “WhatsApp is not down.” We need to understand the many facets of the problem, from human issues and drug trafficking to potential collusion with advertisers through fake news, information privacy, abuse of holding a dominant position, copyrights and more. It’s a Dantesque challenge that cannot be ignored.

The world is changing rapidly and the law must keep up and address the new challenges we face. As never before, it is essential to ensure more competitive markets, and to rethink how to conduct public policy in the face of transnational technology corporations. We cannot abdicate our responsibility and the pursuit of the common good in the face of a complex problem, but we should instead redouble our efforts and be innovative in the actions we take.