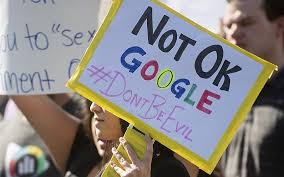 Big tech employees have something to say about the California lifestyle.

There’s a new mood in Silicon Valley, and it was evident last week when a former Facebook product manager, Frances Haugen, appeared publicly before the Senate and introduced herself as a whistleblower. And she is not alone. Last week, a new episode of the podcast “Land of the Giants” aired. The program looks at how big tech companies are transforming every aspect of our world — and at what cost. In last week’s episode, the program interviewed another big tech manager who spoke out about Apple, the company she worked for. Ashley Gjovik, a senior engineering program manager, organized an employee protest demanding the dismissal of a director, and she got it done. At Google, employees have stood firm and demanded a change in the behavior of their superiors more than once in the last few years. And now a war between managers and employees is in progress over working on-site. Many prefer to work remotely and do not want to return to the office full time.

It’s been 10 years since Steve Jobs died and Tim Cook replaced him at Apple. Jobs was a tyrannical boss, though he softened over time. He was also a legend in Silicon Valley for his brilliance, intuition and ability to inspire his team. Back then, Silicon Valley was like Hollywood at the beginning of the 20th century, when countless young people headed West with the dream of making it big in the movie business. In the last few decades, going to Silicon Valley became the dream of many young tech professionals who sought jobs at a big tech company, wished to meet important people, launch a startup and make it big there.

Getting a job at Apple, Facebook or Google was considered the height of one’s career for young programmers, engineers and information technology professionals. For this very reason, many subjected themselves to aggressive bosses and strenuous working hours with no work-life balance. Everyone knew that anyone who left could be easily replaced. There was no lack of people competing for open positions.

This has drastically changed.

There are three reasons for this, and the first is the #MeToo movement, a social initiative targeted at sexual abuse and sexual harassment that provided a way for people to publicly allege sexual crime. Nowhere in the U.S. has the freedom to be who you are become a more fundamental rule of coexistence than in Northern California. The rainbow flag is everywhere, the LGBTQIA+ community is active, and the debate over conduct and wages takes place everywhere. At Apple, the director that Gjovik managed to have fired wrote a book disparaging women. He wound up at the losing end of that tug-of-war despite how far up in the hierarchy he was.

The second reason for the change is the way big tech companies were perceived by those outside Silicon Valley. Beginning in 2016, privacy issues and the way privacy matters were believed to be involved in manipulating elections, together with the acknowledgement that we are all addicted to our screens, were such that the technological dream factory began to look like the tobacco industry in the 1990s. It is clear that Silicon Valley’s promise of a digital utopia gave way to a new priority: the growth of the business. Insiders dissatisfied with their companies are demanding more consistency.

The third reason for the change is the cost of living in Silicon Valley. It is the most expensive square footage in the Western Hemisphere; there’s nothing comparable in Vieira Souto in Rio de Janeiro or on Park Avenue in New York City. When the pandemic proved to be a long-lasting situation, many people moved to the suburbs, trading the cramped apartments of San Francisco, Berkeley and San Jose for houses with land. Now they want to stay where they are and continue to work remotely. Many have threatened to quit if they are forced to return to work on-site full time.

Replacing one employee is easy. Replacing hundreds not so much. One thing is certain: They are turning the tables on Silicon Valley.