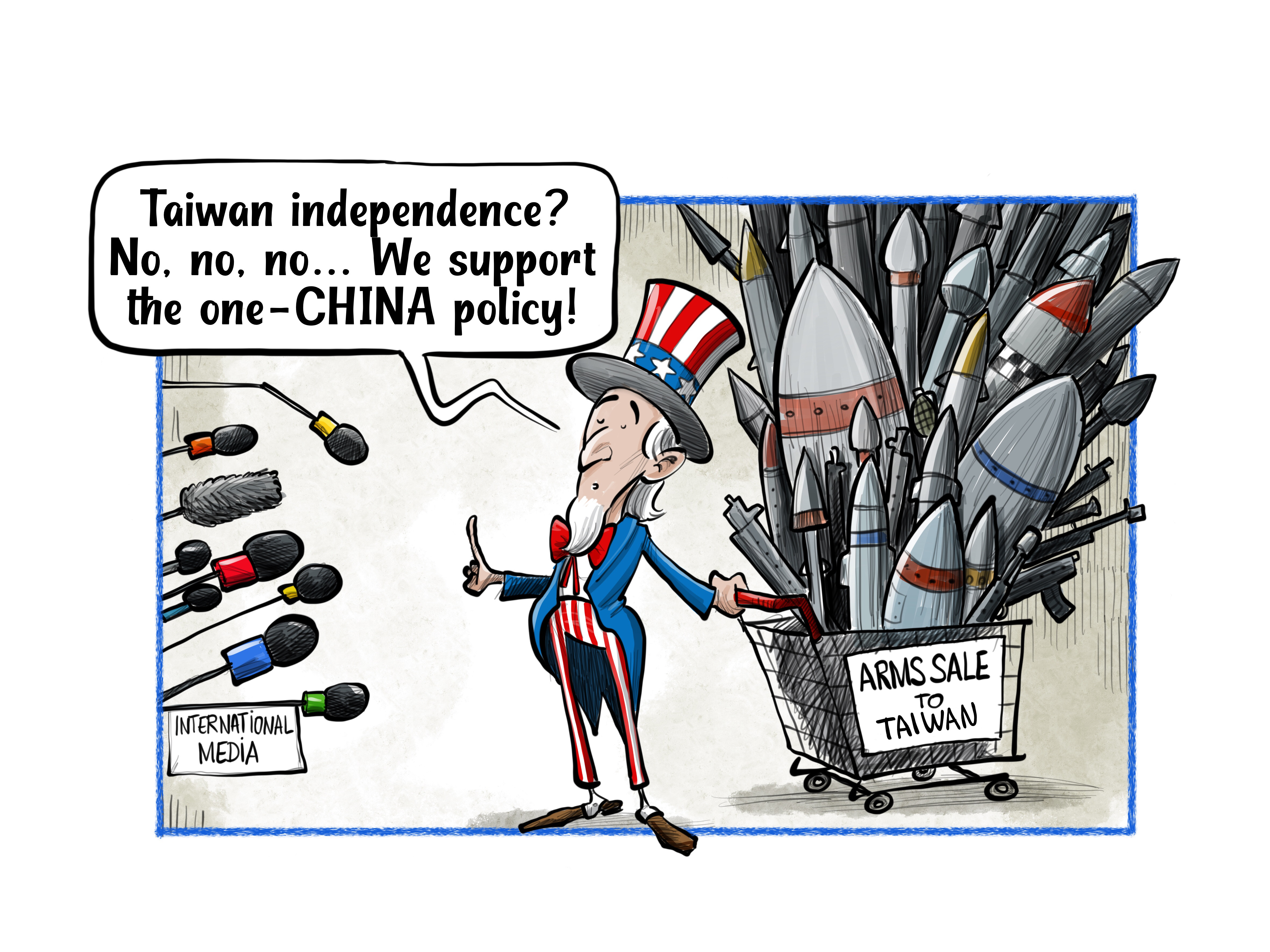 U.S. politicians once again openly challenge China’s red line! U.S. Secretary of State Antony Blinken issued a statement on Oct. 26 supporting Taiwan’s “robust, meaningful participation throughout the U.N. system.” Blinken’s irresponsible remarks seriously breach the “One China” principle and the provisions of three U.S.-China joint communiqués, are contrary to commitments made by the U.S. itself and violate the basic norms of international relations. This action by U.S. politicians is like playing with fire, sending a serious and misleading message to the forces of “Taiwan independence.” It stands in opposition to 1.4 billion Chinese people and the vast majority of countries in the world and will inevitably end in failure.

Today some U.S. politicians still ignore historical and legal facts, deny the authority of General Assembly Resolution 2578, try to rewrite the record and oppose the majority of the world’s nations. They even contradict the U.S. government’s repeatedly reiterated position of “not supporting Taiwan’s membership of any international organization that requires the participation of a sovereign state,” time and again sending grave, misleading signals to Taiwan independence forces. It’s a reversal of history. For some time, the U.S. has continued with negative actions such as arms sales to Taiwan and strengthening official military ties between the U.S. and Taiwan. This has included the introduction of a $750 million weapons sales plan to Taiwan, the landing of U.S. military aircraft on the island and the frequent passage of warships through the Taiwan Strait. Now, leaving no means untried, it is making an issue of “participation in the U.N. system.”

The “One China” principle and the three U.S.-China communiqués are the political foundation of U.S.-China relations. For some time now the U.S. has come up with various statements, including the “meaningful participation in international organizations” one and even referring to “meaningful participation in the U.N. system.” These seriously violate the related U.N. resolution, the “One China” principle and the three joint communiqués between the United States and China. It must be pointed out that the United Nations is an intergovernmental international organization that only sovereign states can join. Taiwan-related issues are serious political matters. Use of this by the United States as an excuse to make a point about Taiwan is a false argument that deliberately obscures the facts from people.

People without faith cannot stand; a country without faith will decline. In the Joint Communiqué on the Establishment of Diplomatic Relations between the People’s Republic of China and the United States of America, the United States made a clear commitment to the “One China” principle and stated that the American people will maintain cultural, commercial and other unofficial relations with the people of Taiwan. During a Sept. 10 call between the two heads of state, President Joe Biden indicated that the U.S. has never had any intention of changing its “One China” policy. The U.S. should keep its promises and not treat its country’s credibility like a piece of wastepaper.

Those who play with fire will burn themselves. I would advise the U.S. to not stubbornly stay on the path of playing the Taiwan card. This is because it will not only pose a significant risk of destabilizing U.S.-China relations and seriously damage peace and stability in the Taiwan Strait, but will also severely damage the United States’ own interests. It is to be hoped that the U.S. will recognize reality, abide by its commitments and uphold the “One China” principle and the provisions of the three U.S-China joint communiqués. It is also to be hoped that it will comply with General Assembly Resolution 2758, stop making irresponsible and false remarks, stop helping Taiwan expand its so-called international space and take practical steps to maintain the overall state of U.S.-China relations and peace and stability in the Taiwan Strait.