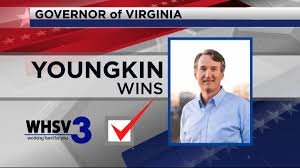 The election in Virginia proved that a Republican candidate (for governor) can win without defending Donald Trump’s most extreme positions. But it is not clear that the party will try to replicate this strategy on a large scale. For that, they would need courage.

Terry McAuliffe’s defeat in Virginia, where he ran for a second term as governor, has triggered a deep but necessary reckoning within the Democratic Party. Weakened, plagued by intraparty battles, Joe Biden no longer appears to be the figurehead who can stop his party from losing its majority in the November 2022 midterms. At the same time, the prospect of Donald Trump returning to the White House is becoming all the more real.

Of course, a lot can still happen. And we cannot analyze everything through the lens of “Biden versus Trump.” But Democrats made a big strategic error in Virginia — campaigning more against Trump than on an agenda. It did not pay off.

On the other hand, Republican Glenn Youngkin pulled off an incredible feat. He won over Trump’s voters and sufficiently separated himself from Trump at the same time — not taking on Trump’s most outrageous positions — in order to get the support of moderate Republicans in the suburbs and convince undecided voters. All without alienating the former Republican president, who, curiously, agreed to play the game. A subtle strategy — Biden won Virginia in 2020 with 54% of the vote.

It is nonetheless unclear that the Grand Old Party, under the steamroller of Trumpism, is going to reuse this strategy on a large scale. Because Trump, polls show, remains a formidable war machine for the party, both electorally and financially, despite the many scandals haunting him. With, by the way, a paralyzing effect —the maxim “If he goes, I won’t go” prevails for the rare “Never Trump” Republicans tempted to run for the White House. And on the local level, some candidates mimic him, sometimes even caricaturing him, in hopes of being elected with his blessing.

Republicans must nonetheless shed their skin in order to become once again a strong party that respects democratic norms. Moderate Republicans who refuse to vote for Democrats definitely provide fertile ground that the party will have to cultivate if it wants to get the post-Trump transition right. A difficult bet. It takes courage.