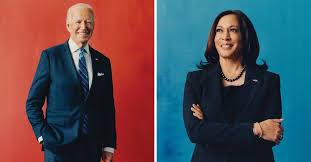 Many believe Kamala Harris has outgrown her current role.

The beginning of the end of Joe Biden’s presidency may have been the election of Republican Glenn Youngkin as governor of Virginia. This territory has long been divided in two and is a good barometer of where the country is headed. The suburbs of the cities and the strip bordering Washington, D.C., vote Democratic. In the vicinity of the capital, an ecosystem of technology and defense companies, universities and entrepreneurs has been created that has no need to envy Silicon Valley’s thriving economy. The rest of Virginia tends to be more conservative. The Republicans there are in the majority and can even be distinguished by the way they dress. Despite the ravages of the pandemic, many are proud not to wear masks.

Youngkin has no previous political experience whatsoever. He was a standout basketball player in college and later a successful investor. He represents the Republican sector most favorable to the free market. Although blessed by Donald Trump, he has acted with certain autonomy in relation to the undisputed head of the party. He has attracted numerous Democratic voters concerned about issues such as the tepid economic recovery, the failure of the COVID-19 vaccination process, the imposition in schools of radical theories on systemic racism and the Afghanistan fiasco.

At this point, Biden can’t even argue that he is starting to deliver on the key promise he came to the White House with, which was to unite the country. He has a worse popularity rating (42%) than Bill Clinton or Barack Obama before they lost congressional elections. The president has devoted his best efforts to negotiating with Democratic legislators to pass his infrastructure bill. All politics is local, hence America’s refusal at the Glasgow summit to limit its use of coal. The widespread feeling is that Kamala Harris has outgrown her current role and is not a viable candidate for 2024. Democrats are beginning to fear that her political renaissance in Washington will be short-lived and last even less time than this presidency.