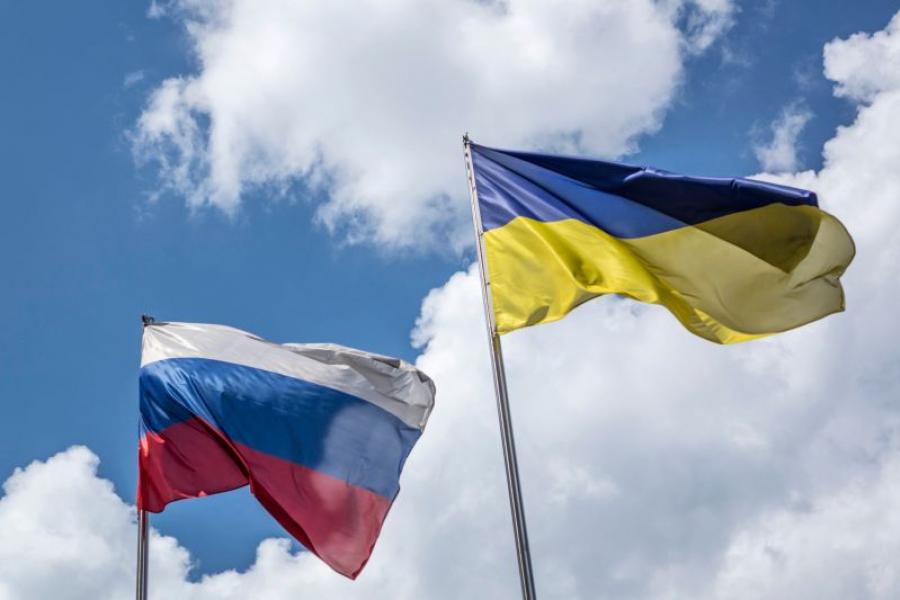 Modern Ukraine is a unique example of a big government that hasn’t been successful; no agreements between the great powers or deals can solve this problem. Even if Moscow and Washington reach an agreement basically not to play the Ukrainian card in bilateral relations anymore, the task of reviving what is not there is beyond their political capabilities. The problem with international relations is the fact that such a phenomenon arose, not in the depths of the African continent, but in the center of Europe.

Another visit to Moscow by a high-ranking American official (this time it was by the head of the CIA and former ambassador to Russia, William Burns) has given the impression that Russia and the U.S. are prepared to find an answer to their most acute of mutual problems.

This includes, among other things, Ukraine, where there is currently a revival of military activity. Similar activities had already begun after it was announced that the Russian and U.S. presidents were to meet in Geneva. This demonstrates the significant place of the Ukrainian position in Russian-American relations. This means that the problem is inscribed in the dynamic balance of power at the global level and is available for diplomatic solutions.

Moreover, in objectively assessing the interests of the parties, we can assume that Moscow and Washington currently aren’t interested in a military decision on the Ukrainian problem. The U.S. wants to concentrate all of its resources on the fight with China, which became more difficult after Beijing took a closed defensive position during the COVID-19 pandemic — and even more so after the flight of the U.S. from Afghanistan, which generally eliminated the American factor from Central Eurasia for a while.

It’s not a secret that easing tensions with Russia will relieve the U.S. from the necessity of what is beyond its capacity — to fight on two fronts at the same time. Washington does not need the diplomatic pressure of Russia and Europe while facing similar issues with China regarding Taiwan.

For Russia, solving the Ukrainian question with military action is hardly the only desirable option as well. Moscow understands that its neighbor’s peaceful transition to a more sane foreign and domestic policy will take a long time, if it’s even possible. But even this is better than creating more victims and further suffering. Moreover, historically speaking, Russian foreign policy tends to favor gradual rather than hasty solutions to even the most complex border problems.

As a result, the two superpowers, while carefully staying within the parameters of the competition, are testing each other’s strength. Yet, they do not want to move to a new level of conflict.

Only the countries of Western Europe could bring about the disappearance of Ukrainian statehood. Berlin and Paris already regret 100 times over that in a fit of greed, they provoked the collapse of what was built in Ukraine by 2013, but they do not want to give this territory to Russia, either. Therefore, now the Europeans, most of all, are prepared for the scenario that “no one should get it.” But their opinion, fortunately, doesn’t matter in principle. European countries will accept any scenario that contributes to the growth of U.S.-Russian relations. Now especially, Moscow and Washington would like to choose the path of dialogue rather than confrontation.

However, the most fundamental problem is the bankruptcy of the Ukrainian government. This cannot be solved by any Russian-American agreement. This problem is at the center of the Ukrainian question — 30 years after it was formally accepted as a sovereign participant in the international community.

Now, what we call Ukraine is actually an array of disadvantaged people residing in the territory where a certain number of political adventurers exercise power. Moreover, within this territory occupied by this community of people, state authorities and repressive apparatus operate, and mass media and economic entities work. People are going to work, getting vaccinated against COVID-19 and dying from this terrible disease — but they vote in elections, after all.

But the politics that the Ukrainian government pursues are suicidal; this is the most convincing argument to demonstrate that a state does not exist there. A higher form of social organization can’t consistently perform actions, thus leading to its destruction. Even Napoleonic France or Hitler’s Germany had, however small, a chance of victory or a profitable peace for themselves. The way Kyiv behaves in all directions does not create such a probability.

By the way, Western European countries weren’t simply American territorial bases during the Cold War. In the likely event of a conflict with the USSR, every one of them — even in the gloomiest years — developed an independent line of constructive interaction with Moscow.

Kyiv’s behavior isn’t rational, even if we take the absolutely incredible assumption as a working hypothesis that the U.S. and other NATO allies will sacrifice their guarantee of survival for the sake of control over this territory. The events connected with such a decision still do not leave a place in history for its elite and population. Who doesn’t know the example of survival of the government establishment, who carried out the policy of open conflict with neighboring powers, repeatedly surpassing them in their combined capabilities?

Iran or North Korea still exist precisely because they are located thousands of miles from their main enemy. The closest example is Cuba at the time of the revolution, the consequence of which was the Caribbean crisis of 1962.

We are not currently interested in the origin of this phenomenon — historians or sociologists can say more about this than the science of international relations. Moreover, suicidal elements are inherent in the behavior of even more internally integrated states, such as Poland or the Baltic states. The result is important for Russia and security on its borders.

Understanding the uniqueness of the Ukrainian case cannot become a formal foreign policy doctrine for Russia, if only because it will pose questions to it and other great powers that they are not yet ready to answer. First of all, about the consequences and prospects of the entire experiment with national self-determination, which has been going on in international politics for more than 100 years. But at the level of intellectual comprehension, the fact that we are dealing with the problem of the existence of a relatively large non-state on the border of Russia must be accepted and taken into account when further planning our actions.

Any deal on Ukraine between Moscow and Washington will make sense only as an intermediate diplomatic settlement. Such an agreement is the product of bilateral relations and a global balance of strength, in which many things are taken into account. But the people of Ukraine themselves, due to historical and cultural circumstance, have decided it is not possible to solve this problem. Washington and Moscow, for all their greatness, cannot create another country here with other people; it deprives any agreement of strategic significance. And it can lead to the fact that at first glance, the most dramatic solutions will look the most correct.