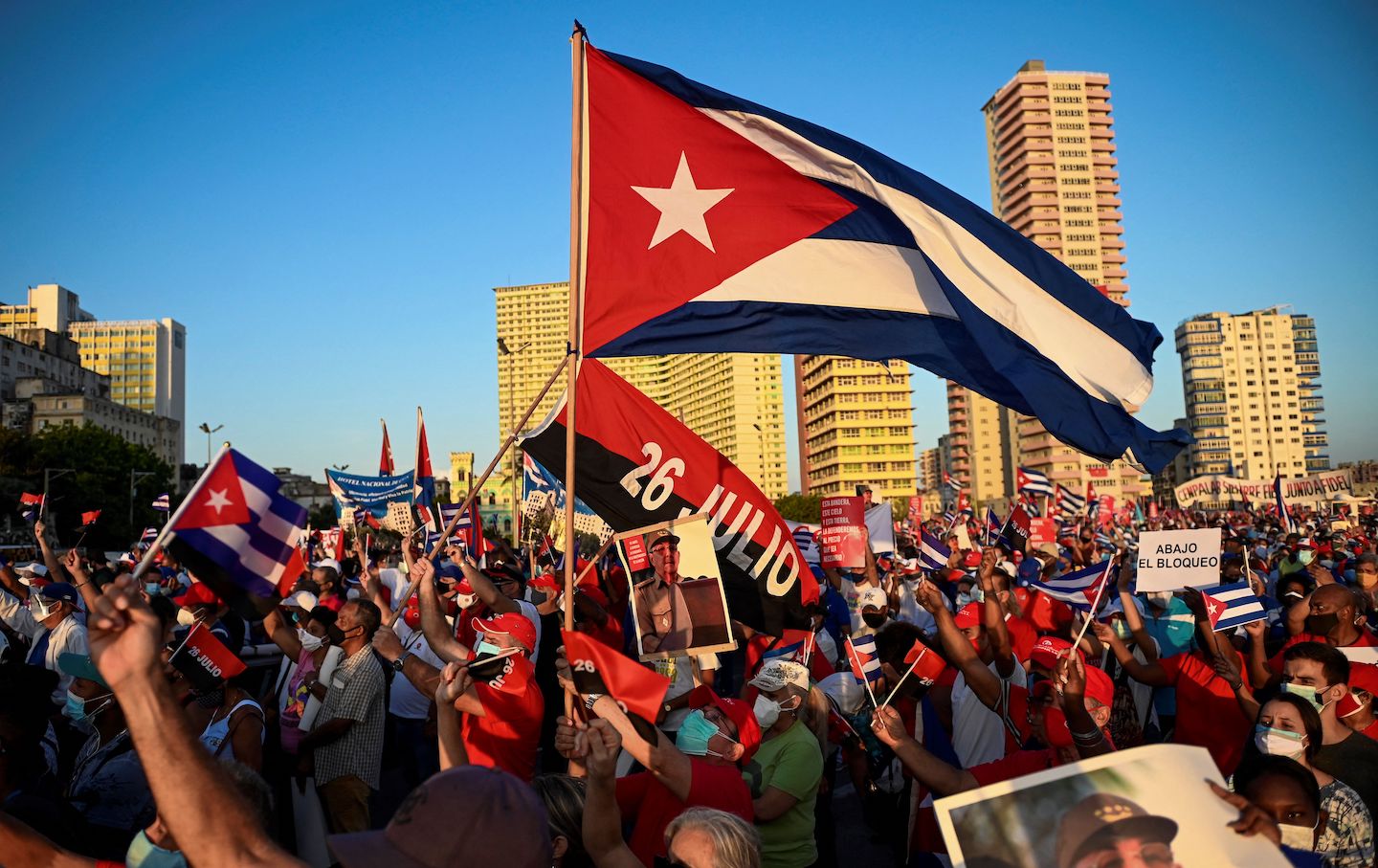 After a trial run on July 11 and several months of intensive preparation costing millions of dollars, U.S. intelligence agencies designated Nov. 15 as the new D-Day in an effort to foment social unrest on the island. This involves toppling the legitimate constitutional government of Miguel Díaz-Canel, dismantling the Cuban socialist revolution and restoring a mafia-like neocolonial form of capitalism laden with neoliberalism.

The date chosen for this new and provocative attempt at subversion coincides with the reopening of schools following the pandemic and the large-scale resumption of international flights that will reinvigorate the Cuban economy by invigorating the tourism industry.

As Cuban Minister of Foreign Affairs Bruno Rodríguez told the diplomatic corps last week, Washington is trying to frame Cuba as a “failed state,” an old euphemism used to justify humanitarian military intervention, in order to further its goal of regional domination and hegemony. But first, it needs to create an environment of destabilization, chaos and violence. With this end in mind, taking advantage of agents that the U.S. has recruited, trained, funded, organized, logistically supported and even transported to Havana in U.S. government vehicles, a “peaceful march” has been planned for Nov. 15, in accordance with the manual for soft coups, or “color revolutions.”

The color revolutions in Serbia, Ukraine and Georgia at the beginning of the 21st century introduced such tactics used by the United States Agency for International Development, The National Endowment for Democracy, the International Republican Institute, the National Democratic Institute, George Soros’ Open Society Foundations and Freedom House, among others. These institutions seek to infiltrate and subvert civil society through opposition movements capable of destabilizing or toppling what are considered “enemy” governments.

The soft coup is a kind of irregular warfare, executed clandestinely with indirect and asymmetrical tactics that seek to destabilize or destroy the power, influence or will of an adversary. Such coups focus on intelligence operations, reconnaissance, espionage and psychological operations, and utilize covert special forces, private contractors, mercenaries and internal agents that count as foreign agents under U.S. law. Their mission is to subvert the target country in violation of the diplomatic regulations that protect it. This is nothing more than Washington’s usual brazen and shameless hypocrisy.

As Rodríguez pointed out, there are no organic, local movements seeking to destabilize Cuba, only individuals recruited by the CIA and the Pentagon and financed by Washington organizations acting as foreign agents to instigate violence and vandalism, undermine public order and generate repression.

But they are using a very powerful, oligopolistic communication machine, one that exists in the digital realm (Facebook and Twitter, for example), and that is trying to create a virtual landscape advantageous to their mission out of thin air (through fake news or pseudo-journalistic reports) in the hope it will instill a reality that does not currently exist in Cuba.

With the support of the anti-Castro counterrevolution industry operating in the political swamps of Miami, an industry which has shamelessly sought U.S. and NATO military intervention, as well as intervention by Republican and Democratic members of Congres alike (among them Mario Díaz-Balart, María Salazar, Albio Sires and Debbie Wasserman Schultz), the oligopolistic media corporations are altering algorithms and geolocalization machinery just like they did during the July 11 trial run. They are using communication practices that foster extreme polarization and maximum toxicity, situations that not only inspire hatred, division and racism, but incite violence and destruction.

Such activity has been openly encouraged this time by National Security Advisor Jake Sullivan and Secretary of State Antony Blinken. As recently as September 2021, USAID, long-time CIA front that it is, provided $6 million for “full-spectrum war” against Cuba to 12 anti-Castro organizations operating out of Florida, Washington, Madrid and Mexico.

Rodríguez denounced the threats of violence against Cuban embassies in Madrid, Buenos Aires, Montevideo and Mexico City, and against foreign press correspondents accredited in Cuba. He reiterated that Washington’s policy against the island is dysfunctional, obsolete, stuck in the past, ineffective and expensive for American taxpayers. He emphasized that the Cuban government and its people will challenge any incursions into or “humanitarian intervention” with the independence and sovereignty of Cuba as protected by its constitution and pursuant to international law.