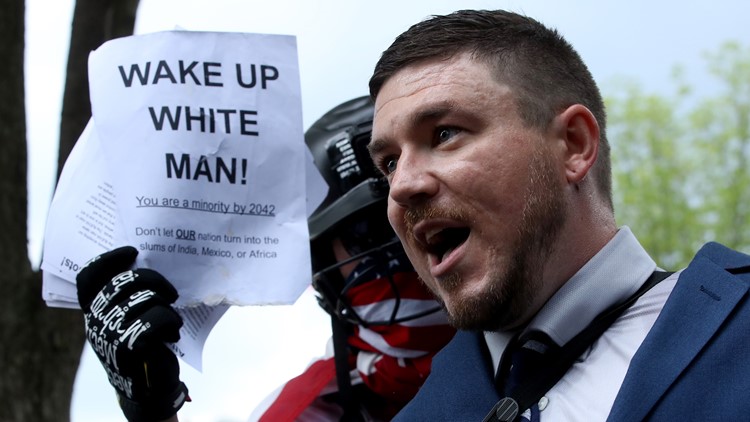 Social and economic changes in the United States aren’t new, but in the last three or four decades they have started to accumulate via the demographic, educational and political growth of ethnic, sexual and religious minorities.

The United States, said historian Robert Kagan, is a dangerous nation. And one of the reasons why is that it’s a country in a constant state of fear, or paranoia, if you will.

Fear, they say, is a powerful motivator and it has taken hold of a large part of American society. In particular, the white, Anglo-Saxon, middle and lower middle class, deeply nationalist and influenced by religion, who are seeing the world as they know it, or perceived it, disappear little by little.

And in the same sense, there’s paranoia, the sensation that the world is looking for ways to take from them what is theirs, what their myths tell them was created by their ancestors, or their way of life.

This formula has given rise to what academia and the American media define as the culture wars; world views that some portray as opposing, or mutually destructive, when they could well be complementary.

Social and economic changes in the United States aren’t new, but in the last three or four decades they have started to accumulate via the demographic, educational and political growth of ethnic, sexual and religious minorities.

In fact, a number of estimates indicate that at some time between the 2030s and the 2050s, whites will cease to be the absolute majority in the United States and instead become the largest minority in a nation of minorities.

But this uncertain future is transformed into worry and fear that can be politically exploited today.

Equally, the presence of ethnic minorities in the government is visible and, in some cases, cause for alarm: Women claiming to be leftists, brown-haired persons with non-Anglo-Saxon names in the United States Congress? African Americans who demand an end to institutional racism? Latinos calling for an end to persecutory policies? Governments that order compliance with public health mandates? Citizens who demand accountability from police forces? A questioning of official versions of history? The end of the deification of the white race? Women’s liberation? Religious freedom for non-Christians?

All this and a little more.

Today, the clash is reflected in the brutal debates which, seen from the outside, seem absurd, but they have huge meaning to Americans: the clash over “critical race theory,” which addresses racial preconceptions embedded in education, or the political-judicial fight over mandatory vaccinations and the use of masks, which the right sees as an infringement on individual liberties.

In other words, the right wing that forms the Republican Party uses the paranoia and worry of the white Anglo-Saxons who are gullible enough to believe that they can maintain their current social, economic and political situation indefinitely.