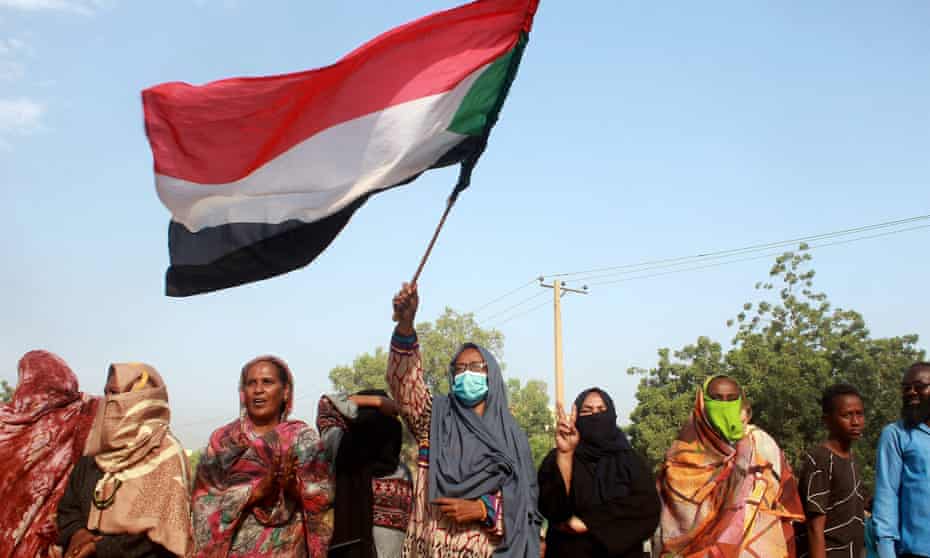 One could argue that the current situation in Sudan – the violence, raucous protests, and the casualties among civilians and police forces during clashes this fall on Khartoum’s streets – is almost a carbon copy of events that unfolded in several Arab countries in 2011. At the time, President Barack Obama and Secretary of State Hillary Clinton were conducting an Arab Spring scheme to overthrow Arab regimes, and the Obama administration viewed those manufactured disasters as creative chaos!

If we cast a glance at the positions of European countries and Britain regarding the ongoing situation in Sudan, we can draw the same conclusion. In 2011, Europe went along with Obama’s destructive plans in Egypt, Libya, Tunisia, Yemen and Bahrain. Europe, together with NATO, even intervened in Libya and launched airstrikes to support Muslim Brotherhood and al-Qaida militias to help political Islam achieve victory in the region! America had tried to do the exact same thing in Egypt. However, the vigilance of the Egyptian military during the chaos of 2011 and the deployment of Egyptian warplanes kept the threat of U.S. military intervention at bay, as Clinton later recounted in her book.

The bottom line is that Sudan is currently experiencing a later version of the creative chaos that Obama formulated 10 years ago! The fact that a repeat of this destructive model is being played out while the Democratic Party is in power in the United States is no coincidence. What’s more, Joe Biden was Obama’s vice president at the time, and he was enthusiastic about U.S. military intervention in the Arab countries that underwent the so-called Arab Spring uprisings!

Hence, the Biden administration and its European allies have decided to take a page from Obama’s playbook and revive his approach in Sudan by invoking the usual pronouncements about spreading democracy around the world. To this end, the Western media machine has been spurred to demonize the Sudanese military and create a wedge between the military and civilian wings of the joint Sovereignty Council.

If Sudan’s military and civilian wings don’t wise up to the hypocrisy of Western policy in Sudan, the Sudanese people will be the ones who pay the price with their lives and the lives of their children. There’s talk in the political corridors of Sudan these days that a third and covert actor is infiltrating the ongoing demonstrations and deliberately provoking bloody clashes with the intent of inflicting the highest number of casualties.

It is also important to note that the developments in Sudan cannot be treated separately from the global fight over the African continent, where America, France and Europe have been engaged of late in a fight against Russia and China. China is noticeably taking a growing interest in Africa and spurring its economic and trade presence in numerous African countries. Russia has equally shown political, military and economic interest in competing against Western influence in Africa, particularly against America and France in West Africa’s Sahel region.

This is why Secretary of State Antony Blinken recently embarked on a three-nation African tour that included Mali and Senegal. In Senegal, Blinken warned the Russian mercenary Wagner Group against interfering in Mali and called for a transition to a civilian government in the war-ridden country. Blinken stated that “as soon as this democratically elected government has taken office, the international community stands very much ready to support Mali.” The U.S., Europe and Britain made a similar call on Sudan by urging the Sudanese military to hand over power to the civilian government in exchange for financial assistance.

In 2011, when Obama raised that same nail-in-the-coffin expression of spreading democracy in Egypt, the outcome was very costly, as Egypt spent years fighting terrorism across the Sinai and in Egyptian cities. Europe and the West raised the same banner in Libya, and the result was that thousands of Libyans got killed in grueling civil wars that continue to this day. They also called for spreading democracy in Tunisia, and the result was that Tunisians spent a decade suffering from deteriorated economic and living conditions under the rule of the Muslim Brotherhood! Similarly, they called for spreading democracy in Yemen, and the outcome was that Iran’s pawns, the Houthis, took over Sana’a and started firing their ballistic missiles at Saudi cities. And when they made the same call in Bahrain, the result was that the Bahraini state and people spent many long years embroiled in daily battles with Iranian terrorists!

We earnestly hope that the Sudanese people won’t be fooled by the American-Western pronouncement of spreading democracy in Sudan. We also hope that the agreement reached yesterday between Sudanese Army General Abdel-Fattah al-Burhan and Prime Minister Abdalla Hamdok will mark the beginning of a levelheaded approach in Sudan.

About Dona Timani 7 Articles
Originally from Lebanon, Dona Timani is a freelance translator currently based in Istanbul, Turkey. She has over 12 years of experience monitoring, analyzing, and translating Arabic open-source material into English. She holds an MA in plastic arts and is currently studying data analytics and visualization.