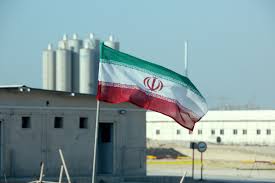 World leaders will resume negotiations next week aimed at restoring the Iran nuclear deal, marking the first meeting since the anti-American administration of Iranian President Ebrahim Raisi came to power. Finding common ground will be pivotal to the success of these talks.

Originally drafted in 2015, the Iran deal was reached by the five permanent members of the U.N. Security Council, consisting of the U.S., the U.K., France, Russia and China, plus Germany and Iran. One of the key provisions was that each country would lift its sanctions on Iran if Iran agreed to lower its uranium enrichment to below 3.67%.

However, the Trump administration doubted the deal’s ability to stop Iran’s nuclear development, backed out of the agreement and reinstated sanctions. In response, Iran has accelerated development of its nuclear capability beyond the agreed upon limit. Since he took office, Joe Biden has expressed a willingness to reenter the agreement, using Europe as an intermediary for talks that have been on and off since April. Both sides have remained obstinate, however, as Iran has demanded that the U.S. lift sanctions immediately, while America has stated Iran must comply with the nuclear deal first. The U.S. has also expressed a desire to place new limits on Iran’s missile development, and thus the distance between the two countries has widened, culminating in an end to negotiations during Iran’s presidential election in June.

Iran, not surprisingly, was furious and has increased its uranium enrichment to 60%, a level at which it could comfortably produce nuclear weapons. As the International Atomic Energy Agency’s efforts to conduct inspections have been impeded, worries in the international community have grown. Compared to his predecessor, Raisi’s opposition to America is striking. However, with the dire financial straits his people are facing, America’s return to the negotiating table will only feed demands to end sanctions.

If Iran continues its nuclear program, Saudi Arabia and other Arab nations may develop their own programs in response, filling the Middle East with nuclear weapons. Israel in particular will not tolerate a nuclear-capable Iran. Military tension between the two could trigger unrest in regions such as Lebanon, where Iran’s influence is strong.

The outcome of these negotiations will undoubtedly have an impact on Non-Proliferation Treaty. It is imperative that Iran and America each put pride aside, look at the big picture and get back on track to making a new deal.