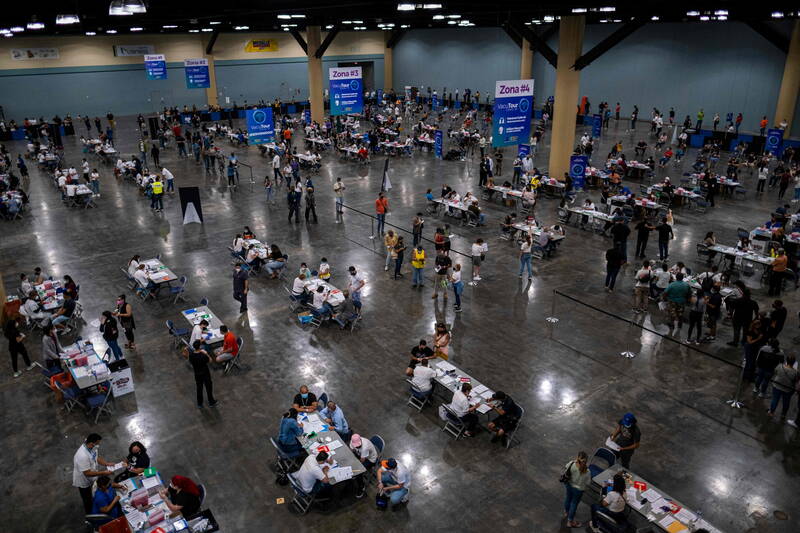 Associated with the United States, the territory has a higher vaccination rate than other states, thanks to a management of the pandemic that is independent from Washington, and the maturity of a population accustomed to disasters and emergencies.

With its status as a free state associated with the United States, the island of Puerto Rico in the Caribbean shows a higher vaccination rate than the country’s other states. And a much lower percentage of deaths. Yet, all the indicators for this little territory of 3.2 million people were against it: the sequels of Hurricane Maria in September 2017 (3,000 dead), the resignation in 2019 of a governor mired in scandals, a major crisis due to the island’s massive debt, the drop in tourism, an earthquake in January 2020 (8,000 houses destroyed) …

The vaccination rate of the general population has reached 78%, a better rate than Massachusetts, Maine, Connecticut, those New England states that are leading the charge on the mainland: between 72.5% and 73.5%. However, the Northeast United States, with its high level of resources and education, is sociologically quite different from Puerto Rico: The poverty rate here reaches 43%, more than double the rate in Mississippi, the poorest state.

The effectiveness of the health care system put in place is the first reason given for this result. While Donald Trump was managing the situation in a chaotic way, with raging tweets, the governor of Puerto Rico, Pedro Pierluisi, de facto in office since August 2019, appointed an independent scientific commission, whose leadership was entrusted to a prestigious researcher, Daniel Colón-Ramos, a professor at Yale University School of Medicine.

The island (or archipelago, if you count a few islets) has its own health policy, independent of the policy pursued in Washington. The former Spanish colony, ceded to the United States by the Treaty of Paris on Dec. 10, 1898, has a special status: neither independent nor integrated into the country. The people elect their governor, who heads an executive branch with broad powers: only foreign policy and defense are not included. Puerto Ricans, on the other hand, do not elect the president of the United States, but, oddly, can participate in primary elections. The country does not have a seat in the United Nations or the U.S. Congress (its sole representative is an observer) but sends a delegation to the Olympic Games (gold medal for Jasmine Camacho-Quinn in the 100-meter hurdles in Tokyo this year) and a representative to the Miss Universe pageant (five crowns between 1970 and 2006).

Paradoxically, it was the habit of taking hard hits that prepared Puerto Ricans for the arrival of the pandemic. The dense network of nongovernmental organizations made it possible to give priority to vaccinating vulnerable people (the elderly, the homeless, prisoners) and to launch vaccination campaigns in underprivileged neighborhoods and rural areas, which are often not very receptive to official discourse. The shots were administered in large part by the national guard, which serves as the army.

Trump’s limited influence also turned citizens away from his rhetoric of denial. The former inhabitant of the White House is indeed universally hated here, first for his Latinophobia, then for his haughty comments in 2017, after Hurricane Maria, accusing island officials of incompetence. The final straw broke when Trump came to the island. Visiting an emergency shelter, he threw rolls of paper towels to the victims, with a laugh, imitating a free throw in basketball.

In contrast to many countries, confinement and vaccination measures did not give rise to political controversy. Nor has there been any opposition from religious circles, despite the strong presence of evangelical churches. Moreover, the population is traditionally in favor of vaccines and is mostly spared from an anti-vax ideology that was widespread on the mainland well before the pandemic.

In Puerto Rico, the death rate due to COVID-19 is 1.03 for 100,000 people; in the United States, that rate is 2.63. On the one hand, 3,300 deaths; on the other, probably 800,000 by the end of the year*. The example of a small Caribbean island gives an idea of the thousands of lives that could have been saved if a sensible policy had been put in place, instead of the disastrous management of the Trump administration.