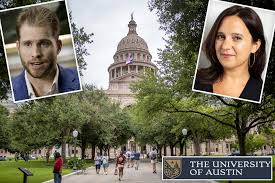 Scientific rigor, a multidisciplinary approach and openness to art: These are the watchwords posted by the creators of the new University of Austin in Texas, whose ambition is to offer an academic alternative to the woke movement. But the task is proving nonetheless difficult.

“The intrepid search for the truth.” That is the mission posted by the new University of Austin, in Texas, whose founding was recently announced by Bari Weiss, a journalist who dramatically resigned from The New York Times in July 2020 because of the famous newspaper’s drift to the political left. Academics, journalists and authors gathered to create their own institution in response to an academic world where the rigor of the scientific approach has given way to authoritarian political activism. It will be headed by Pano Kanelos, former president of St. John’s College of Annapolis, Maryland.

The university is not yet accredited and its programs are still in the preparation stage, but evolutionary biologist Heather Heying maintains that the curriculum will accord the highest importance to “training in the scientific method, even in the humanities.” The scientist is currently working on the undergraduate pedagogical model, which will have to be as multidisciplinary as possible. “I encourage students to pursue issues touching on several domains, without having to specialize in the early years of their studies.”

Scientific rigor, a multidisciplinary approach and openness to art. The ideal university course of study, according to Heying, is the exact opposite of what the world of the American university has become “a social justice factory” that will produce no learning, only “resentment and division,” to quote Peter Boghossian, a philosophy professor and university cofounder. The University of Austin foresees “forbidden courses” that invite students to “spirited discussion about the most provocative questions that often lead to censorship or self-censorship in many universities.”

The intellectuals at the origin of this bastion of resistance have personally suffered the ravages of wokeism. Heying and her spouse, Bret Weinstein, also an evolutionary biologist, were physically threatened by their own students at Evergreen State College, in Washington state. The triggering element of these torrents of rage was Weinstein’s criticism of an anti-racism campaign that consisted of preventing white students and staff from accessing the campus.

Boghossian was teaching philosophy in Portland, Oregon. So his students could develop a critical mindset, he had the habit of inviting flat-Earthers, climate skeptics, etc. to open debates. Boghossian set an example by provoking discussions about “safe spaces,” the counterpart to single-sex gatherings, for example. He, too, was forced to resign after students began to sabotage his lectures by setting off the fire alarm, then writing “Boghossian Nazi” on the walls of the institution and spitting on him.

This harassment and these forced resignations reveal an underlying problem in the production of ideas and learning in the United States. A study conducted among 1,500 students across the country by the Brookings Institution think tank shows that 20% of those surveyed find it acceptable to resort to violence in order to prevent speakers from expressing themselves.

The Foundation for Individual Rights in Education receives numerous reports from universities. Attacks on freedom of expression and association occur as much at prestigious Ivy League institutions as at less advantaged campuses. Since 2011, the foundation has drawn up a list each year of the “ten worst colleges for free speech.” Among them: Harvard. For some, such as the founders of the University of Austin, this is the consequence of the woke movement that rejects the concept of objectively observable data. In the name of respect for oppressed minorities, this line of thought also rejects the idea that the search for truth must be based on the use of a universal rationality. Its point of departure is that all, or nearly all, phenomena are only the product of “power relations between groups.”

“The new generation thinks that its beliefs have a scientific validity,” regrets Boghossian, who has coined the image of “idea laundering.” The concept is simple. Take the case of obesity. First of all, academics are up in arms — quite rightly — over society’s negative view of the obese. From paralogisms to shortcuts in thinking, they persuade themselves that obesity as an illness is only a social construction imposed by medical authorities. Then, galvanized by their thirst for justice, they launch an academic review and a new domain of research called “fat studies,” based on the model of gender or women’s studies. The opinions to be published will have all the appearance of a scientific study and be able to compete with medical studies.

To fight against this drift, the personalities gathered around the University of Austin have decided to reexamine everything, even the excessive tuition fees that turn students into customers that need to be satisfied. For now, the academic institution is not yet a campus and is neither accredited nor authorized to function as a private institution of higher learning. The program of “forbidden courses” should nevertheless be broadcast beginning this summer. It will be something to follow.