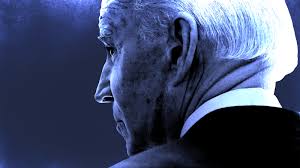 In November 2020, Democrat Joe Biden walked off with a decisive victory in the United States against the outgoing president, Donald Trump — despite Trump’s lack of concession and his efforts to dispute the election results in court.

We know what happened next. Trump encouraged his most radical voters to contest the election inside the walls of Congress itself on Jan. 6. The violence that followed was considered an insurrection. The investigation on these events is underway.

In the first months of its term, the Biden-Harris administration succeeded in promulgating its political manifesto. Vaccination against COVID-19 accelerated, economic development increased and a post-pandemic relief plan (almost $2 trillion) was adopted by Congress.

On the international stage, the American administration reinstated a tone of mediation with its allies and institutions. The virtual Biden-Trudeau summit on Feb. 23 began this approach.

Things went so well that, six months after his entrance into the White House, Biden had wind in his sails. His average approval rate sat at 55%, and the gauges of the pandemic were encouraging. In short, a good start, despite a political atmosphere still just as divided between Democrats and Republicans.

It was in the month of August that the wind turned on the Biden-Harris administration. The hasty — and decidedly failed — withdrawal of American troops from Afghanistan was a game changer. Allies and potential refugees were caught unprepared by President Biden’s decision that came into effect on Aug. 31. Repercussions can still be felt today.

Since then, other challenges have appeared. The arrival of the Delta and Omicron variants brought the pandemic back to the top priority. The winter is already proving to be difficult. …

The inflation rate, at its highest since the 1990s, is felt as well in American households. The result: The Biden-Harris administration is showing an average approval rate of 45%. Only Trump presented a score as low as this in a first term on the eve of midterm elections, which promises nothing good for Biden leading up to the midterms in November.

Currently, economic development is stable, the unemployment rate is at its lowest (4.2%) and stock markets continue to perform. Despite everything, the inflation doesn’t seem to want to decrease in the foreseeable future and problems linked to supply chains remain uncompromising, regardless of the president’s encouraging words. The swift rise of the Omicron variant is also threatening economic recovery.

Biden’s ambitious legislative program is also meeting dissent at the heart of his own party. The Build Back Better project, a social and economic infrastructure plan that includes health and environmental measures, is meeting resistance from senators Joe Manchin in West Virginia and Kyrsten Sinema in Arizona.

This division between moderate and progressive Democrats will continue into 2022.

On the foreign political front, the future is not any more promising. The Afghanistan embroilment will continue to dominate the news while, on the ground, the Taliban government will brutally impose itself and uncertainty will rule the future of eventual refugees. The humanitarian crisis that is worsening may also make the headlines in coming months.

Vladimir Putin’s Russia continues to augment its threats at the border with Ukraine. The possible invasion would undoubtedly represent a challenge for NATO and American allies.

China’s threat to Taiwan and America’s recent failure to revive the Iran nuclear deal will add to the worries the Biden-Harris administration will face.

But the coming months won’t be entirely somber for Biden. Positive outcomes from his infrastructure plan, adopted in November thanks to the support of a dozen Republican senators, are to be anticipated. He will also pursue his efforts to emphasize initiatives from two world summits, the United Nations Climate Change Conference and the one covering democracy among more than 100 countries.

We can also expect Biden and Manchin to find common ground regarding the Build Back Better plan.

But it is evident that year two of Biden’s presidency will not be any easier than his first year in the White House.