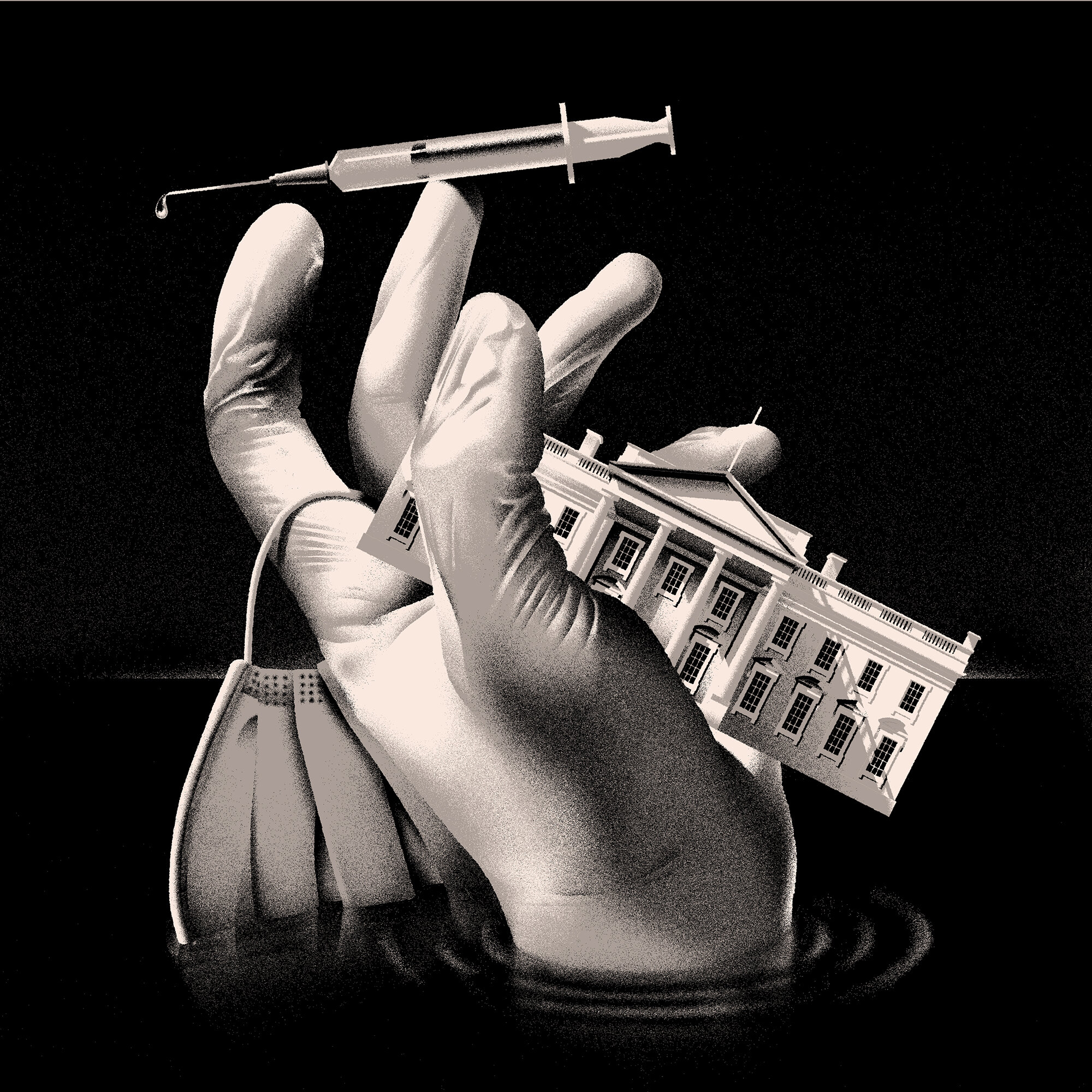 At the beginning of the new year, the pandemic in the United States is once again an emergency. As of Jan. 4, the cumulative number of confirmed cases of COVID-19 in the U.S. had passed 56 million and the total number of deaths was nearly 850,000. Both figures have doubled from the beginning of last year. The repeatedly surging pandemic demonstrates how the United States has completely failed to fight it.

With the spread of the omicron variant in the U.S., the Biden administration, which had vowed to “solve the pandemic problem quickly and easily,”* is at a loss. It has even said that the federal government does not have a solution and that the states must fight the pandemic on their own. This is in stark contrast to [Joe Biden’s] “ambitious” promises to fight the pandemic at the beginning of his term in office.

According to statistics from Johns Hopkins University, the seven-day average of confirmed COVID-19 cases in the U.S. in the week before Dec. 31 was more than 386,000. This is equivalent to 4.5 Americans being diagnosed every second, a record high. Some medical experts have warned that the rapid spread of COVID-19 in this first month of 2022 may cause a “viral blizzard” across the United States.

Behind the failure of the U.S. pandemic response is a callous disregard for people’s lives. From the start of the pandemic, the U.S. government has ignored the huge risks the outbreak posed to people’s health, and even deliberately downplayed the risks to avoid impacting the economy.The government released false and misleading information, which squandered a golden opportunity to prevent and control the pandemic. The end result is that the outbreak has not been contained or controlled, and the economy has been dragged down. To this day, the American public still lacks a collective plan to fight the pandemic. Instead, it has continued to be so mired in domestic turmoil that the U.S., the country with the world’s greatest and most advanced medical resources and technology, has actually been reduced to being the leading global failure in the fight against the pandemic.

The impact of the pandemic has laid bare the hypocrisy of U.S. human rights. With the endless battle between the two political parties in the United States, the mechanisms to control and prevent the pandemic have become dysfunctional. Even basic pandemic prevention measures such as wearing masks or getting vaccinated have been viewed as political. The gap between rich and poor has widened, with Federal Reserve data showing that by the second quarter of 2021, the wealthiest 1% of Americans held about $43.27 trillion in wealth, 14.3 times the wealth of the bottom 50%. Racial discrimination has become more prominent. Attacks on Asians have increased significantly during the pandemic and the number of mass shootings has increased sharply. A growing number of Americans believe that the United States has not made any real racial progress in the past 50 years.

At the international level, the U.S. has been busy shifting the blame while concocting various conspiracy theories, politicizing and weaponizing the pandemic, and engaging in “traceability terrorism” by instigating baseless international disputes over the origin of the virus. Yet the U.S. has remained silent about suspicious activity concerning the early stage of the pandemic in its own country, causing huge disruption and damage to international cooperation in the fight against the pandemic and its traceability. Not only that, but the U.S. has allowed the virus to be exported. From April 2020 to March 2021, U.S. citizens made more than 23.1 million trips abroad, to destinations all around the world. This posed a significant global risk.

Faced with record numbers of confirmed cases and deaths, what are the options for the U.S. in 2022? Continue to pursue its domestic policy of sticking its head in the sand and blaming the outside world? Or really putting people’s lives first and strengthening international cooperation to fight the pandemic? The answer is there. It just takes courage and action to face the facts.