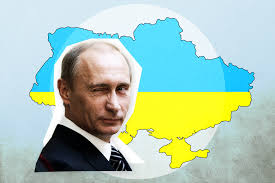 The Ukrainian issue and talk of Russian preparations to invade Ukraine have significantly escalated the crisis between the United States and Russia. Rationally speaking, a Russian invasion would benefit no one, although it could bring tactical advantages to other actors.

In an interview with Italian newspaper La Republica, NATO Secretary-General Jens Stoltenberg said that NATO has agreed, in principle, to Ukraine and Georgia becoming members without specifying a timeline. Stoltenberg’s statements mark a dangerous escalation of the crisis.

Apart from the details of the crisis, which boils down to Russia’s demand that NATO not expand eastward, Washington’s strategic mistake is that it is trying to corner Russian President Vladimir Putin and limit his options with regard to Russian security.

What President Putin cares about is the Russian interior. Russia is indeed expanding geographically to establish new areas of influence in Syria and elsewhere, but Putin’s strategic ambition has always been to maintain his image as a strong man in Russia itself.

Accordingly, the intransigence shown by the U.S. and NATO serves no rational purposes and could even force Moscow to advance militarily on Ukraine. If that happens, a military response by NATO or the United States would be inconceivable, no matter what Washington says. Instead, the response will take the form of sanctions.

In the same vein, if Russia embarks on a military intervention in Ukraine and the United States fails to respond, which we can expect, then the Biden administration will find itself in a tight spot and face defeat both globally and domestically, especially as the U.S. midterm elections draw near.

Tightening the noose around any opponent and stripping it of face-saving options is a fatal mistake, especially because a U.S. military response is not on the table. President Joe Biden was elected on the promise of restoring his country’s international prestige. Accordingly, any American mistake now will only reinforce Washington’s failure, particularly after its humiliating withdrawal from Afghanistan.

As I have already mentioned, what matters to President Putin is his image at home. We recall that when Putin ordered his troops into Georgia, it was after former President George W. Bush said that he looked Putin in the eye and found him to be straightforward. At the time, Putin realized that America’s fury in the aftermath of the 9/11 terrorist attacks and the U.S. invasion of Afghanistan and Iraq had to be reined in. Accordingly, Russia took military action in Georgia, and Bush could do nothing about it.

Putin did the same with Barack Obama in Syria, and he will do the same in Ukraine if the Biden administration leaves him no other option. That would be a strategic mistake on the part of Biden, who has accused former President Donald Trump of being weak on Russia.

Also, one mustn’t overlook the acute domestic division raging in the United States. If Russia carries out a military operation in Ukraine, the Republicans, chiefly Trump, will have a newfound wellspring of propaganda to use against the Democrats, and Biden in particular.

A Russian incursion into Ukraine would, of course, benefit certain actors, most notably China, which will side with and coopt Russia, thus reigniting the Cold War and forcing Washington to reassess its foreign relations and, once again, sort its friends from its foes.

So far, America’s handling of the Ukraine crisis has been ill-fated, even reckless, with indications being that Washington’s error will become a strategic blunder the moment Russian troops advance into Ukraine.