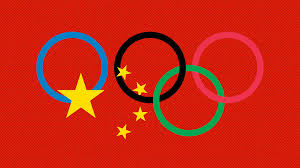 The 2008 Beijing Olympics is deservedly on record as the symbolic event that divided the history of U.S.-China relations. At the time, the U.S. economy was plunging into an abyss due to the subprime mortgage crisis that erupted in 2007. A month after the Beijing Olympics premiered, Lehman Brothers, an investment bank with a 158-year history, was preparing to close for good. The world was shaken by the financial crisis that originated in the United States. The crisis also shook America’s role as “sole superpower,” while engagement in simultaneous wars in Afghanistan and Iraq following the 9/11 terrorist attacks further sapped its strength.

The 2008 Olympics opening ceremony began in the Beijing National Stadium at 8:00 p.m. on Aug. 8. China’s “splendid civilization” from ancient times to the present and the coming “era of glory” met with cutting-edge technology and unfolded on an overwhelming scale. In the opening performance, China was no longer an impoverished country that made and sold cheap goods. It was portrayed as a modern economic powerhouse boasting a long history and culture. Approximately 90,000 spectators filled the bird’s nest-shaped main stadium and cheered on the four-hour opening performance. An estimated 4 billion viewers around the world bore witness to the live broadcast about the rising “power of China.”

U.S.-China relations changed quickly after that. While the United States was still deep in the throes of the financial crisis, China poured an astronomical amount of money into quickly shaking off any signs of an economic crisis. The China that had pushed Germany aside to become the world’s third largest economy one year before the 2008 Olympics subsequently unseated Japan two years later to become the world’s second largest economy in 2010. Just 30 years after reform and opening up, China had risen to the ranks of the Group of Two. It is in this context that Chinese President Xi Jinping, who was elected leader at the 18th Communist Party Conference on Nov. 12, 2012, emphasized the “great revival of the Chinese people.”

As its power and hegemonic position faltered, the U.S.’s attitude about China also changed. It started to break away from the fantasy that it could fundamentally change China through diplomatic, economic and cultural intervention. This is why the Donald Trump administration was so explicit in its fight with China. Would the U.S. policy on China have changed if Hillary Clinton had won the 2016 presidential election? Looking at the Joe Biden administration, it seems certain that there would not have been much of a difference.

The Olympics will be held in Beijing once again. The opening ceremony is only about 20 days away, but you don’t feel much heat in downtown Beijing. Asked about the difference between 2008 and 2022, one Chinese friend told me, “[In 2008], the whole country was engulfed in excitement. China was overflowing with pride that it had reached a level where it could rub shoulders with other countries.” He said that “the COVID-19 situation is an obvious difference, but the biggest difference is that China itself has changed,” adding, “the time when China would feel pride from hosting the Olympics has long passed.”

It seems Zhang feels the same way. On Jan. 10, 2022, he told Xinhua News Agency that “the opening performance in 2008 mobilized 15,000 people for four hours, but this time it will be performed by 3,000 people in 100 minutes,” and that “there were many things I wanted to show the world in 2008, but the status of China has now changed. I will be preparing a simple but unique opening event.” Given that the world has changed this much, is now the time for us to be speaking of “anchovies and beans”?*