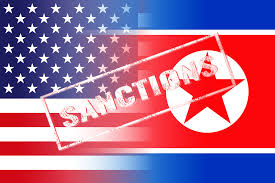 On Jan. 12, the U.S. Treasury Department imposed financial sanctions on six North Korean nationals, one Russian and a Russian organization, all of whom were involved in the development of weapons of mass destruction and ballistic missile programs; thus freezing their assets and suspending financial transactions. Although the Joe Biden administration and China imposed human rights sanctions on North Korea last month, this is the first time that pressure has been directed specifically at North Korea. This is a measure clearly communicating that sanctions will be the response to future provocations, while a broader framework of diplomacy and dialogue continues.

Those subject to sanctions worked as Chinese and Russian expatriates at the Academy of Defense Science, a mecca for North Korea’s weapons development, and procured missile parts and related machinery. Although the sanctions were spelled out, the U.S. authorities are emphasizing that they will continue to engage in dialogue and diplomacy without changing their stance on North Korea.

However, what is unusual is that — with growing hardline voices in Washington — it [the U.S.] took the initiative when North Korea fired a hypersonic missile with a maximum speed of Mach 10. The U.S. Federal Aviation Administration banned the takeoff and landing of aircraft in the West [of the U.S.] for 15 minutes immediately following North Korea’s missile launch — a measure not taken since 9/11.

In fact, since September last year, North Korea has fired ballistic missiles six times in violation of U.N. Security Council resolutions. Each time, the Biden administration emphasized diplomatic solutions and stressed that the door to dialogue was open.

Secretary of State Antony Blinken further emphasized the tone of the dialogue, stating that “the United States will use every appropriate tool to address the DPRK’s WMD and ballistic missile programs.” This signals that the U.S. will take necessary countermeasures against North Korea’s provocations and foreshadows future change by the U.S. It is in this same vein that the U.S. ambassador to the U.N. proposed additional sanctions to the U.N. Security Council for North Korea’s ballistic missile launches.

Of course, the U.S. sanctions alone have little impact on North Korea; discussions of additional sanctions by the U.N. Security Council are also unlikely, due to opposition from China and Russia. However, because of a growing concern that North America may plunge itself into confrontation, the government should focus on managing the situation on the Korean Peninsula in a stable manner.