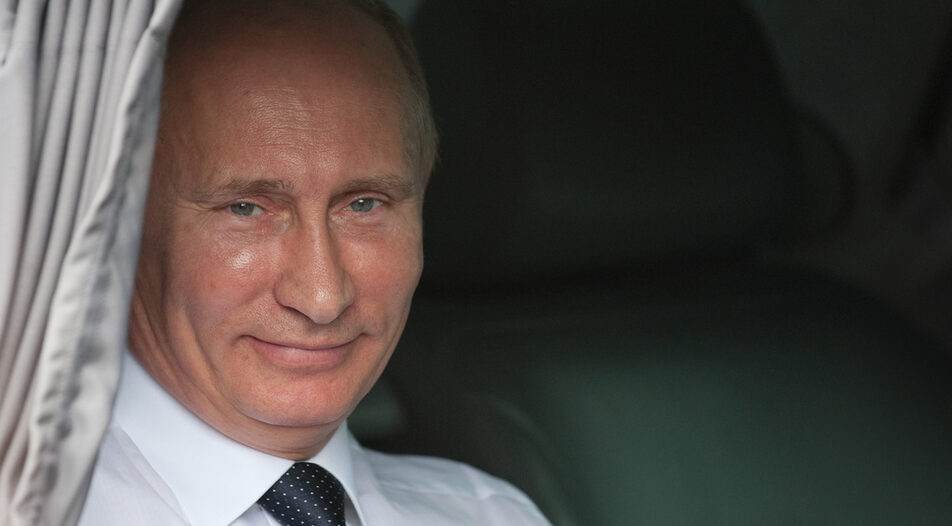 No. The written responses of NATO and the U.S. confirmed that there will be no backing away from the alliance’s principles, including the sovereignty and territorial integrity of countries.

The crisis between the West and Russia has been seen by some as an ingenious trap laid by the Kremlin. Vladimir Putin creates a problem by his troop buildup on Ukraine’s border; afterward, he insists on receiving unreasonable concessions from the U.S. and NATO, while blackmailing them with threats of escalation, an escalation for which he is solely responsible. Critics say that the U.S. and NATO, agreeing to submit written responses to Russia’s demands, fell into a trap — the Russian president could use such responses as justification for invading Ukraine, while blaming the West for failing to provide the required security assurances. This would yet again put the West’s naivete and weakness on full display.

Yet the above is false. And here’s why:

1. The West decisively rejected Russian threats of war. The blackmail not only failed, it resulted in remarkable unanimity and consolidation within NATO. Only a year ago, NATO was seen as unnecessary by Donald Trump and described as “becoming brain-dead” by Emmanuel Macron. Russian saber-rattling showed the continued need for the alliance’s defensive and deterrent capabilities and even made NATO more attractive to neutral countries such as Finland and Sweden. In many ways, this is exactly the opposite of what Putin pursued.

NATO and the United States’ written responses confirmed that there will be no concessions when it comes to the main principles of the Euro-Atlantic security system, including the sovereignty and territorial integrity of countries. These principles are fundamental to international law and have been enshrined in several noteworthy treaties signed by Russia, including the Charter of the United Nations and the Helsinki Final Act.

Bulgarian security and sovereignty is especially affected by the emphasis on compliance with international law and the rejection of Russian demands regarding spheres of influence, which would only benefit the strongest and most brutal actors.

While the West flatly rejected a compromise on core principles and values, the allies’ written responses showed that they were consistent with efforts to pursue diplomatic solutions. Doing otherwise would allow the Kremlin to claim that the West is avoiding dialogue, which would lead to an escalation of the crisis.

The West proposed mechanisms for the strengthening of collective security that, if faithfully observed, would satisfy all parties. These included the following: improving communications; acting mutually in a way designed to avoid military incidents; enhancing transparency and arms control; creating a crisis hotline; reducing cyberthreats; and negotiating in regard to nuclear and short-range nuclear weapons and surface-to-air missiles. Russia agreed that the U.S. and NATO’s responses allow for progress on a number of questions, even if its main demands have not been met.

2. Russia’s current diplomatic efforts were going to be used for propaganda purposes: the West would collapse under the Kremlin’s pressure and agree to compromise. The U.S. would abandon its partners and negotiate with Russia behind their back, and Russia would succeed in dividing NATO.

None of this happened.

The West categorically rejected Russian demands regarding the growth of NATO; it also rejected demands for the removal of troops stationed in member states that have joined since 1997 and for the attempt to ban Ukraine from ever entering NATO.

The U.S. kept its word: nothing about Ukraine would be negotiated without Ukrainian participation, nothing about NATO without NATO. U.S. Secretary of State Antony Blinken said, “Our responses were fully coordinated with Ukraine and our European allies and partners, with whom we’ve been consulting continuously for weeks. We sought their input and incorporated it into the final version delivered to Moscow.”

The same can be said of the response from NATO Secretary General Jens Stoltenberg: “This is a document that all allies have negotiated and agreed, and that I have now on behalf of 30 allies sent to Russia. So all allies are behind these positions, these proposals.”

This means that the document has been created with Bulgarian participation and support.

Judging by the rhetoric — and especially actions — of NATO member-states, with the exception of individual members’ divergent statements, the alliance is now more unified than it was before this crisis. Instead of division, Putin caused consolidation.

Due to some differences within NATO — for example, Germany’s refusal to supply weapons to Ukraine — there has been speculation in Bulgarian media that if military force is used, Bulgaria may be abandoned by some of its allies. These allegations reveal a misunderstanding of the essential difference between NATO members and NATO partners. As a member state, Bulgaria enjoys the protection of Article 5 of the Washington Treaty, which applies only to members but not to partners, such as Ukraine. The allies are already showing solidarity with the member states on its eastern flank through proposals for the deployment of fighter jets, ships and troops.

3. Documents sent by the U.S. and NATO contain not only responses to Russian demands, but also consist of counterproposals, which gives the West momentum. So far Russia has been in the driver’s seat as it made demands (some absurd) and accused the West of causing the crisis, despite being the aggressor.

To discover whether Russia is truly interested in negotiations, the U.S. and NATO put on the table the West’s concerns regarding collective security and their own demands for reciprocal concessions from the Russian side.

For example, Stoltenberg asked for Russia to “refrain from coercive force posturing, aggressive rhetoric, and malign activities directed against allies and other nations. Russia should also withdraw its forces from Ukraine, Georgia, and Moldova, where they are deployed without these countries’ consent.”

Now, Russia will at last have to reveal whether it wants to seriously negotiate or only give ultimatums designed to consciously result in the rejection of its own demands. If Russia really wants dialogue, then it will have to deescalate. As Blinken said, “We’re open to dialogue. We prefer diplomacy. And we’re prepared to move forward where there is the possibility of communication and cooperation, if Russia deescalates its aggression toward Ukraine, stops the inflammatory rhetoric, and approaches discussions about the future security in Europe in a spirit of reciprocity.”

The ball is in Russia’s court; the West is united and ready to use all options, regardless of whether Russia chooses diplomacy or the road to war.