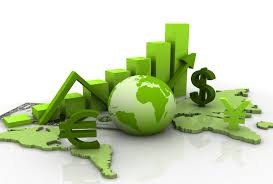 Impact on the Global Economy

The Federal Reserve, the central bank of the United States, is about to make an unprecedented change in monetary policy. At the Federal Open Market Committee meeting held on Jan. 25-26, the Fed announced that a quick increase in its policy rate is appropriate. From March onward, interest rates are likely to rise faster than initially expected.

This decision is driven by the fact that inflationary pressures, which the Fed had seen as temporary, are greater than expected. Inflation is rising, raising public anxiety and forcing the Fed to calm inflation concerns. The world economy has never experienced such a massive interest rate hike and balance sheet contraction (liquidity absorption) at the same time.

Judging from Fed Chairman Jerome Powell’s remarks and gestures at the press conference, there seems to be a considerable sense of urgency to hasten the normalization of monetary policy. It is highly likely that the Fed will shift its monetary policy faster than major global investors envisioned. That will have a considerable impact on the global economy and financial markets.

In particular, the United States “meme stocks” [stocks that gain popularity with investors through social media] and start-ups have quite high stock prices. The impact of the unprecedented shift in monetary policy is not considered to be fully reflected in asset prices.

A combination of factors, such as the Ukraine crisis and China’s economic slowdown, could cause significant and rapid instability in global stock markets.

The key point the Fed expressed in the January FOMC meeting was its determination to raise interest rates and shrink its balance sheet at the same time. In the history of global monetary policy, there has never been a time when interest rate hikes and liquidity absorption have proceeded simultaneously. An unprecedented shift in monetary policy is about to begin.

It is believed that the Fed is becoming increasingly concerned about future economic developments that could lead to higher than expected upward pressure on prices. The previous normalization of monetary policy dates back to December 2015. At that time, the Fed patiently raised interest rates; the balance sheet reduction began in October 2017. Market participants had plenty of room to respond to the normalization and tightening of monetary policy.

However, this time is different.

The United States Consumer Price Index rose 7% in December 2021 compared to the same month in 2020. In January, the University of Michigan released consumer inflation expectations of 4.9% over the coming year and 3.1% in the next five years, exceeding the Fed’s inflation targets. On top of that, the labor market is improving at a rapid pace. The Fed must swiftly shift its accommodative monetary policy stance centered on ultra-low interest rates and ample liquidity provision to one focused on raising interest rates and absorbing liquidity.

From March onward, U.S. monetary policy will change rapidly and drastically. In terms of interest rate hikes, the Fed may raise its policy rate, the Fed Funds rate, at each FOMC meeting.

Following the FOMC meeting, U.S. economic experts began to make significant adjustments to their financial outlook, as forecasts grew for a 0.5% rate hike to be implemented in March. If the FOMC’s announcement is taken at face value, the reinvestment of bonds maturing after the May meeting may be halted.

The timing of the start of the balance sheet reduction may be accelerated. Global supply chain disruptions could push prices in the United States even higher. The midterm elections will be held in November. The Fed has been forced to start raising interest rates and absorbing liquidity at a fairly rapid pace.

Meme Stocks and Other Bubble Stocks Will See Significant Adjustments

The possibility that a shift in monetary policy will lead to a decline in United States stock prices, which have been rising rapidly, is growing. Specifically, meme stocks, such as Gamestop and AMC, are likely to have their prices adjusted by a considerable margin. The closing price of Gamestop shares on January 27 was in the $93 range. The company has fallen into the red.

The stock price looks rather expensive. There seem to be a certain number of investors who are basking in the afterglow of the money game supported by low interest rates and excess liquidity. Special purpose acquisition companies will also be impacted.

In March 2020, the Federal Reserve cut interest rates and provided a large amount of funds to financial markets, resulting in an overwhelming amount of investment funds. The SPACs became a place to retain surplus funds, which were used to buy start-up companies and take them public for profits. That also boosted the rise in U.S. stock prices. Nikola, an emerging electric vehicle truck manufacturer that had a flawed business management system, is a typical example.

It should not be ignored that leading edge stocks, such as Tesla, Google, Amazon, Facebook, Apple and Microsoft, whose stock prices rose due to high growth expectations, are under adjustment pressure. While some companies are doing well in business performance, many are looking expensive.

The rise in the Nasdaq market is a major factor in supporting global growth expectations. If the stock prices of advanced information technology stocks fall, business sentiment will soften globally.

There are concerns that a shift in U.S. monetary policy, combined with the Ukraine crisis and a sharper economic slowdown in China, could lead to significant instability in global stock markets. In that case, investment funds will flow out rapidly from South Korea and developing Asian countries, where the outstanding debt of households is increasing.

The Fed’s rapid effort to change its monetary policy is one of the main reasons for accelerating changes in the global economy and financial markets. The impact should be carefully considered.