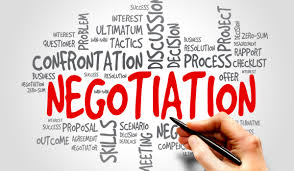 Izvestia’s military analyst Anton Lavrov on what the American response to Russia’s initiatives on security guarantees means from the military perspective.

The Spanish newspaper El País leaked the confidential response of the U.S. to Russia’s proposals on security guarantees. This leak clearly shows just how different the respective respective positions of both countries are. From the diplomatic point of view, the very beginning of such a discussion is an unquestionable success. But from the military security perspective, there is little in the U.S. counter-proposals that would suit Moscow.

One would not expect the U.S. and NATO to give up on further infrastructure development in Eastern Europe or make a written guarantee not to admit Ukraine to the alliance. But even on far less fundamental issues, there is a lack of optimism regarding the possibility of an agreement.

In response to the Russian proposals to roll back the deployment of NATO troops in the European countries that joined the alliance after 1997, the U.S. predictably countered with the usual demands that Russia first withdraw its troops from Crimea, Abkhazia, South Ossetia and Transnistria. It is clear that such interpretation of the issue completely nullifies any possibility of reconciliation and agreement.

There are also many dubious conditions regarding other key issues: The deployment of troops in Ukraine, the holding of military drills near each other’s borders, the limitations of short-and intermediate-range missiles and restrictions on strategic offensive arms in general.

Russia is in no way satisfied with the proposed compromise on Ukraine. The U.S. response says that offensive ground-launched missile systems and troops with combat missions shall not be permanently deployed in Ukraine. However, this leaves complete freedom to send mobile military complexes with “training” missions to Russia’s neighbor for an indefinite period of time. In addition, the U.S. is demanding reciprocal actions from Russia, implying the demilitarization of Crimea.

The initiatives to control the MK 41 missile launching systems of the U.S. in Romania and Poland are slightly more optimistic. Russia has long been concerned that those systems could very quickly be transformed from defensive weapons into offensive ones with minimal modifications.

Previously, the U.S. refused to allow Russian inspections on these systems. However, in the leaked document, the U.S. is willing to prove that they do not contain offensive Tomahawk missiles but, in return, demands an inspection of two Russian missile-launching bases of its choice. It is not difficult to deduce that the U.S. will be interested in the forces armed with Iskander missiles located in the European part of Russia and the Far East. The military unit in Kaliningrad will definitely attract particular attention.

The U.S. notes its readiness to allow such inspections with the permission of the countries where the launchers are deployed. But it is clear that those countries will not object. The Romanian Foreign Ministry has already reacted to the leak and said that it is ready for the Russian inspections of these facilities.

In turn, the inspections in Russia can subdue the American fears. In the leaked document, the U.S. asserts the continued production of the 9M729 cruise missiles and their supply to the forces using the Iskander-M missile systems. According to the Pentagon, those missiles exceed the 500 kilometers (approximately 311 miles) range limit that was in effect until 2019, an assertion categorically disputed by the Russian Ministry of Defense. Thus, inspections of Russian missile systems should demonstrate to the Americans that they contain no such “illegal” weapons.

There are also proposals for further additions to the strategic arms reduction treaty known as New START. Reading between the lines, there are clear hopes of banning certain types of weapons presented by Russia in 2019. Evidently, the U.S. wants to include such systems as the nuclear-powered Burevestnik cruise missiles, the Poseidon submarine-launched ballistic missiles and some types of hypersonic missiles in the potential treaty. At the same time, the U.S. talks about restrictions on tactical nuclear weapons. It is believed that Russia’s arsenal is noticeably larger than that of the U.S.

However, because of the lag between the American hypersonic missile program and the Russian one, it is difficult for the U.S. to find something of equal value that can be “surrendered” in exchange for the limitation of these systems and missiles. Here, the only bargaining chip is the abandonment of the announced intentions by the U.S. to deploy advanced intermediate-range hypersonic missiles in Europe. But even this is unlikely to be enough.

Restrictions on the deployment of U.S. troops in Europe is another topic of discussion in the leaked document. It is true that the deployment of the U.S. troops in Europe now amounts to only one-quarter of what it was at the end of the Cold War. But there has been a gradual buildup in recent years. The current hysteria around Ukraine has given new impetus to this process. Joe Biden’s decision to send thousands more troops across the Atlantic puts an end to the possibility of successful negotiations.

And this is not good news. U.S. reinforcements in Europe will cause Russia to retaliate militarily. The retaliation, in turn, will not leave NATO unaffected. The pendulum of the arms race will continue to swing with greater amplitude until the sides find the will to sit down at the negotiating table and slow it down.

Slightly more optimistic is the position on military drills, including the missions of strategic bombers, which have become more frequent near the Russian borders in the last two years. Of course, Russia has responded reciprocally, but there is room for concessions on both sides. Increased transparency, advanced warnings and strict adherence to numerical limitations are all in the interests of Russia, the U.S. and Europe.

The leaked document shows that the U.S. limits its response to the basic principle of “we agree to negotiate.” However, it is not prepared to negotiate on the central issues. In military terms, these proposals are, at best, a reconnaissance operation, not the battle. Even if the countries find enough common ground to continue the talks, the main exchanges in the diplomatic battles are still to come.

The author is Izvestia’s journalist and military analyst. The author’s opinion may not reflect the views of Izvestia’s editorial board.