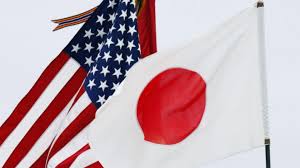 It looks like unreasonable trade restrictions will be established. The U.S. announced last week that additional tariffs will be placed on Japanese steel and aluminum products.

In 2018, the Trump administration introduced supplemental tariffs of 25% on steel and 10% on aluminum due to “security threats.” Countries targeted by the tariff, including China, Japan and the EU, continue to oppose them; the U.S. finally began to respond and review the restriction after Joe Biden took office.

Regarding Japanese steel, the U.S. government agreed that tariffs will be removed for 1.25 million tons of Japanese steel for 54 new types of products beginning in April. However, this amount is 30% less than the 1.73 million tons imported from Japan to the U.S. in 2017, the year before the tariffs were imposed, and is the average amount of the period from 2018 to 2019. It doesn’t even mention the establishment of tariff-free aluminum imports.

The World Trade Organization prohibits tariffs and other such trade restrictions. There are exceptions in cases of national security concerns, but abuse would completely undermine the principle of free trade.

Regarding this re-examination of the policy, U.S. Secretary of Commerce Gina Raimondo commented that “the deal we reached will strengthen America’s steel industry and ensure its workforce stays competitive” and U.S. Trade Representative Katherine Tai called it “an important example of our worker-centered trade policy in action.” The measures were enacted under the pretext of national security, but it is obvious that the goal is to protect industry and employment.

Free trade has led to lower prices of goods and higher productivity, and has become foundational to the world economy. Supporting those who have been financially impacted by trade policies via measures such as those that stimulate employment is fundamental to free trade.

It’s a shame that the Biden administration has not reversed the negative legacy of the previous administration. The WTO’s ability to handle disputes is severely hampered because Biden continues to refuse to elect senior committee members. This is a far cry from the “return to international cooperation” that he advocated when he took office.

Within the U.S., globalization is criticized as the main cause of the increase in income inequality. It’s as though the U.S. government has abandoned the principles of free trade that it so staunchly promoted in the aftermath of World War II. That stance could not really have changed in such a brief space of time.

It is also uncertain if the U.S. will rejoin the Trans-Pacific Partnership. The Indo-Pacific Economic Framework that was launched instead seems to emphasize national security that opposes China, and other goals such as strengthening product supply chains.

Economic security cannot be taken lightly, but this security should not come at the cost of a just international trade order. Japan has a duty as a major power in Asia to encourage the U.S. to refrain from selfish behavior.