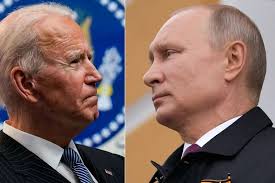 A diplomat has divulged that, every day, as tensions continue to rise in the explosive situation encircling Ukraine, “It looks like the Cuban Missile Crisis all over again.”* It can be said that the situation calls to mind the incident that threw the world into fear of nuclear warfare in 1962, as brinkmanship diplomacy between the U.S. and the Soviet Union spread.

Certainly, the current situation is so dire that the U.S. and Russian leadership has used words such as “nuclear war” and “world war.” Russian President Vladimir Putin has stated, “Russia is one of the most powerful nuclear states” and that “there will be no winners” in such a war, while U.S. President Joe Biden said, “That’s a world war when Americans and Russia start shooting at one another.”

Russia should have reaffirmed the general rule, as stated last June in a joint declaration with the U.S. and again in a joint statement this January with five nuclear states, including the U.K., France and China, that “nuclear war […] must never be fought.” Nevertheless, in a large-scale military exercise on Feb. 19, Russia launched a missile capable of bearing a nuclear warhead. It seems that Russia will not hesitate to use nuclear threats as a means of forcing concessions from the U.S. and Europe.

In the U.S., the Nuclear Posture Review will be issued soon, but arms control experts say that the significance of Biden’s quest for a reduction in the role of nuclear arms has dimmed.

These days, we are far from a world without nuclear weapons, and the risk of being able to launch nuclear weapons with a green light from artificial intelligence has also been pointed out. I have a hunch that a time in which fear of nuclear war steadily increases is coming.