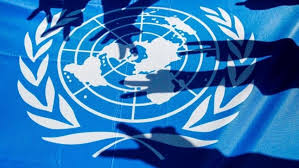 The United Nations resolution on Russia’s invasion of Ukraine adopted at an emergency special session on March 2 will mark a significant milestone in the international situation, now being referred to as a new Cold War. Because the resolution did not come from Security Council, it will not be possible to take such measures as deploying U.N. military forces, but the resolution is by no means insignificant because the international community has overwhelmingly condemned the actions of Russia and demanded that Russia end the invasion.

The resolution reaffirmed Ukraine’s commitment to its sovereignty, independence and territorial integrity, and strongly called for an immediate cessation of Russia’s use of force. One week after the invasion of Ukraine, 141 out of 193 U.N. member states voted in favor of the resolution, having seen the invasion as a threat to the international order in place since World War II.

There is another serious aspect to this U.N. resolution that the Republic of Korea must face. Most liberal democracies, including South Korea, supported the resolution, but 35 countries, including China and India, abstained, and five were opposed. The problem is that North Korea was one of the countries voting against the resolution, along with Russia; Belarus, which is nothing less than a Russian satellite state; Eritrea, called the North Korea of Africa; and Syria, a rogue country in the Middle East.

North Korean Ambassador to the United Nations Kim Song said, “The root cause of the crisis in Ukraine lies in the hegemonic policies of the United States and the West.” If you replace Russia with North Korea, you could argue that North Korea was trying to justify an immediate invasion of South Korea. Even China and Iran abstained, but North Korea was public about its claim in the U.N. General Assembly.

North Korea is calling for the abolition of hostile policies as a condition for negotiating denuclearization. These demands include the withdrawal of U.S. forces from Korea and a ban on the importation of U.S. strategic assets. Russia’s demand for the demilitarization of Ukraine and that Ukraine abandon its aspirations to join NATO as a condition to satisfy its security concerns are similar to the demands that North Korea has made. Notwithstanding this stance from North Korea, President Moon Jae-in remains silent. At least our ambassador to the United Nations, Cho Hyun, said, “My country still exists today because the peoples of the United Nations at the time stood up immediately to the crisis of the innocent lives.” Now is the time for everyone to see Russia and North Korea’s true before the presidential election.

About Anukrati Mehta 19 Articles
A Journalism and Communication graduate, Anukrati Mehta is a Korean translator for Watching America. She spent two years as a content creator for major companies in the U.S.A and Asia before turning her attention to her lifelong desire of becoming a multilinguist, which eventually led her to this role. When not absorbed in transcribing news articles for Watching America, Anukrati can usually be found listening to philosophy podcasts, sampling new movies, teaching Korean to students, or planning the perfect vacation. She is currently trying her hand at learning Japanese and playing the ukulele.