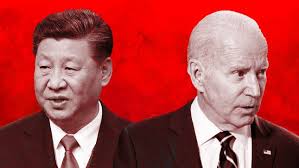 For now, diplomacy is surviving the crashing bombs and the sighs of corpses that are plaguing Ukraine. The contrast in each war is striking: The parties at war or their respective allies continue to talk to each other as bullets fly. Thus, yesterday afternoon, two days after the bombardment of Mariupol’s theater, American President Joe Biden had a conversation with his Chinese counterpart Xi Jinping, as did Russian President Vladimir Putin with French President Emmanuel Macron.

The [French] Minister of Foreign Affairs Jean-Yves Le Drian may well declare that “you don’t negotiate with a gun to your head,” but dialogue is maintained. It must not be otherwise in order to prepare for peace and prevent the irreparable. It cannot be any other way because, as this war in the heart of Europe shows, states and superpowers are more than ever interdependent. It is therefore not surprising to hear Xi express on Friday that military conflicts are “in no one’s interests.”

For the past few days, Washington has been seeking to involve the Middle Kingdom in the issue, as public opinion in the United States and the Biden administration have no desire to engage further on the Ukrainian front. The United States hopes to obtain two things from the Chinese: to refrain from providing direct military assistance to the Russian army and to change Putin’s position.

The recent nuances in Chinese communication show a desire not to be trapped either by a now fragile and unpredictable Russian ally, or by a European/United States coalition, whose reaction has been particularly firm and swift. Beyond posturing, Beijing is fully aware that it would have much to lose in a world recession and a stalemate in the conflict, including for its own expansionist ambitions. As flawed as they are, the power relations imposed by globalization have one advantage.