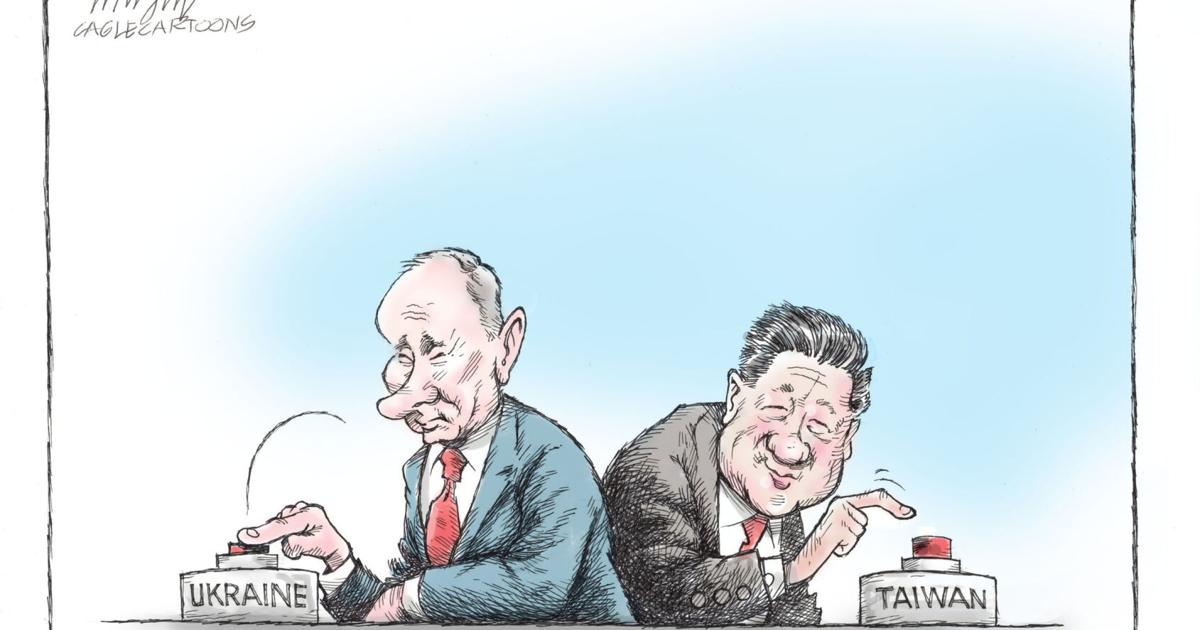 The Russia-Ukraine war has been in progress for almost two weeks. Both sides have incurred losses, and the war has delivered disaster to innocent civilians. To date, there have been three rounds of negotiations. The first was fruitless, while the second resulted in the proposal of a humanitarian corridor for transporting civilians, food and medicine. Still, these first two talks failed to address the crux of the problem. In the third round of negotiations, Ukraine proposed a solution model whereby it would not seek membership in NATO, thereby reducing the security threat to Russia. It remains unknown whether this is enough for Russia to withdraw.

The United States is benefiting the most from this war. The Biden administration is facing pressure from the approaching midterm elections as well as from numerous unresolved domestic issues, including inflation, political party division, racial conflicts and a continuing pandemic. These have all sharply impacted Joe Biden’s approval ratings. The Biden administration kills two birds with one stone by encouraging Ukraine to join NATO and provoking Russia to invade Ukraine. The Russian economy has been severely hit, European countries have aligned against Russia, and the euro has dropped in value. Ukraine has suffered huge economic and military losses rendering hopeless its aim of joining NATO.

Taiwanese commentators have addressed the situation in Ukraine. The Taiwanese government has repeatedly emphasized that Taiwan is not Ukraine, not only because of the natural barrier provided by the Taiwan Strait and the island’s geostrategic position, but because the will of the Taiwanese army to defend its land the strength to do so has continuously grown. The army is confident it can maintain Taiwan’s security. China also believes that Taiwan and Ukraine are different, but for completely different reasons. Chinese Foreign Minister Wang Yi believes the most fundamental difference lies in the fact that Taiwan is an inseparable part of Chinese territory and that the issue of Taiwan is entirely a domestic Chinese affair.

How much difference is there between Taiwan and Ukraine? Actually, Taiwan’s position is even more perilous than that of Ukraine. Even with the natural barrier of the Taiwan Strait, Chinese fighter planes now commonly pass by Taiwan and would need only seconds to enter Taiwan’s territory. In modern warfare, the Taiwan Strait no longer counts as a natural barrier. Ukraine at least is recognized internationally as a sovereign country. Taiwan, on the other hand, has fewer than 20 diplomatic ties with other countries. While countries may express sympathy with Ukraine in this war and engage in providing local assistance, they remain seated on the sidelines. If Ukraine can be treated like this, who will extend aid when war breaks out in Taiwan? Moreover, even if Taiwan seeks to join international organizations and the world’s major powers are unable to help them do that, how could they help Taiwan if war broke out?

The pro-U.S., anti-China policy pushed by the Taiwanese government has done well in election campaigns. It draws on the message that the U.S. is a rock-solid ally that would send troops to help as soon as war broke out. Japan has even let it be known that a problem in the Taiwan Strait is a problem in Japan, which has further strengthened President Tsai Ing-wen’s resolve to oppose the Chinese Communist Party. However, with respect to America’s approach to Ukraine, has it done anything more than substantially push Ukraine into war? Japan is even more afraid of the CCP’s reputation. If including Taiwan in the U.S.-Japan Treaty of Mutual Cooperation and Security would draw sharp protest from the CCP, would Japan dare do anything that could have unbearable consequences for itself?

What is happening to Ukraine may happen to Taiwan. If it needs to, the U.S. will certainly sacrifice Taiwan for America’s national interests. The Shanghai Communiqué 50 years ago is proof. When the war in Ukraine broke out, the international consensus was that the best situation for Ukraine was to learn from Finland’s neutrality. While it cannot get everything it wants, at least it won’t offend either side and bring calamity upon itself. Taiwan is, of course in the same position, as evidenced by the benefits of past pro-U.S. policies that foster cooperation with China and that are friendly to Japan. I hope Taiwan can learn from the war in Ukraine.