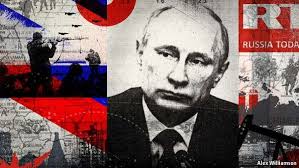 The first Cold War began in 1945 and concluded with the end of the Soviet Union in 1991.

When did the second Cold War begin?

Perhaps in 2007 with Vladimir Putin’s speech at the Munich Security Conference? Or with his invasion of Georgia in 2008? Or later, in Crimea in 2014, when the first serious Western sanctions were imposed? Or perhaps we need to acknowledge Xi Jinping’s rise to power in China and the recent posturing of the world’s newest superpower?

Regardless of its precise beginning, there is a series of events that caused Putin and Xi to proclaim a new world order before the war in Ukraine, to proclaim, that is, the formal start of a new Cold War between a democratic and authoritarian bloc.

What lessons could the West learn from the first Cold War?

Lesson 1: Authoritarian regimes do not see peace and international treaties as a finalized version of the world order; they understand them as temporary cease-fires that should be used for economic growth and military buildup, which can then be used to challenge the existing world order.

Russia took advantage of the period after 2000 to modernize its economy using Western technology. It also used the profits from the high cost of oil and gas to expand and increase its military capabilities. At the same time, it began to complain about the many humiliations by the West, about NATO’s eastern expansion despite promises by the West, and about threats to Russian security.

China was “colonized” with Western investment and technologies after 1990; the U.S. admitted China to the World Trade Organization to flood the world with Chinese goods. Once China felt strong, it remembered that it could not forgive the West for 19th-century imperialist colonialism.

Lesson 2: The Cold War was contemporaneous with regional hot wars because authoritarians understand expansion as a tool for direct political control of neighboring countries.

Thus, only five years into the first Cold War, North Korea, with the backing of China and the Soviet Union, attacked South Korea. Just as they have today, the authoritarians miscalculated, thinking that the U.S. would not risk seeing its own soldiers die after having previously refrained from interfering in China’s civil war, which the Communists won and which prompted the founding of Taiwan. The Ukraine analogy is now flipped — then the Soviet Union backed China; now the roles are reversed.

But the U.S. and a group of Western democracies offered their support during the Korean War; after three years of meaningless fighting, with many casualties and shifting supremacy, the war ended, and the borders between North and South Korea remained the same.

Five years since the second Cold War began, there is a hot war in a neighboring autocracy. The West offers aid without troops. It is likely that this, too, will end without a change in the status quo: Ukraine will remain beyond Moscow’s control, but it will have to give up control of Donbas and Crimea, and likely Mariupol.

Lesson 3: Authoritarian aggression has nothing to do with the righting of historical injustices; it is instead a way to solidify dictatorial power through increased national cohesion following a manufactured nationalist cause.

The long history of mankind reflects the developmental stages of every dictatorship. First, there is the destruction of all domestic opposition; second, there is change to the constitutional order and the establishment of a regime based upon a cult of personality; and third, there are efforts to alter the international order.

Putin brutally “defeated” his domestic opposition. Alexander Lebed, Boris Nemtsov and Alexei Navalny are among the most prominent people who no longer pose a threat. Putin changed the Russian constitution and immortalized himself as a czar. He was aggressive beyond Russia’s borders the neighboring countries and regions of Georgia, Donbas, Crimea, Belarus, Kazakhstan and now Ukraine at large.

Xi also usurped power. He replaced Deng Xiaoping’s five-year rotation model in order to style himself as the successor to Mao Zedong. He has terrorized Tibet and Uyghur Muslims, destroyed Hong Kong’s democracy, is behaving more aggressively toward Taiwan.

Lesson 4: Authoritarians will always try break the strength of democracies through informational warfare aimed at eroding popular trust in democratic government and institutions.

Throughout the first Cold War, the Soviet Union generously financed Western communist parties, left-leaning intellectuals and “progressive” writers, film directors and others who constantly disparaged Western governments. Such art and criticism were widely circulated in communist-bloc media to demonstrate the “correct line of thinking.”

We have all witnessed the invasion of Russian media, the flood of fake news, bribery involving political parties, journalists and artists who all paint a modified picture of the West. This gave rise to Brexit, Donald Trump and the division among Western societies, especially in the United States, where polarization continues to grow.

Cyberattacks from Russia and China aim to cripple Western institutions, processes, networks and media. China created a most draconian kind of censorship that Russia is now duplicating, all in a war for the dominance of a “correct” narrative.

The West noticed this too late, greedy as it was for the profits promised by new markets.

Lesson 5: Authoritarians will always use economic dependencies for geopolitical purposes.

Russia bet on natural gas and the shortsightedness of the European Union and countries such as Germany and Bulgaria in order to bypass Ukraine and gain control of pipelines and gas storage facilities and thus block alternative routes. Now we can see the consequences.

China is trying to profit from supply chains, many of which begin in China. It builds land trade routes (which it controls) in Europe and gains influence in Eastern Europe with the promise to build infrastructure and create debt dependence. It conquered the underground wealth of half of Africa, built trade bases all over the world and then built military bases next to them (that are supposed to protect the trade bases).

We are all witnessing extensive preparation for a change in the world order.