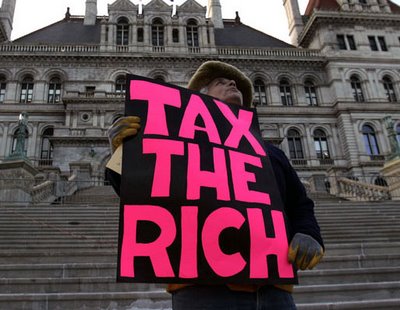 The basic guidelines of Joe Biden’s budget are unavoidably marked by the consequences of the war in Ukraine and the economic response of the West, which is rearranging the global energy market in order to try to isolate Russia’s power. The measures, which are a direct consequence of the crisis, include the proposal to increase military spending by 4% and, above all, a new tax specifically on American billionaires. This tax would require those with fortunes greater than $100 million (0.01% of the U.S. population) to pay a rate of at least 20% on their income. The White House estimates that this would raise an extra $2.5 trillion in a decade.

One of the hallmark phrases of Biden’s brand throughout the years as a moderate negotiator in the Senate was, “Don’t tell me what you value, show me your budget, and I’ll tell you what you value.” That is what the Democratic president has done: state that he values reducing the deficit and taxing the rich. The context is not unlike the one all the most advanced countries are facing —war in Ukraine, high cost of energy, higher and more concerning inflation than expected and issues in the supply chain that are affecting consumers. In Biden’s case, there is also an ambitious agenda of social programs that is now stranded in Congress.

The tax increase has little chance of passing with such a narrow majority in the House, which time and again has proven to be insufficient to pass Biden’s most ambitious agenda. Congress creates the federal budget, and the 158-page document from the White House is little more than a statement of intent to open the debate. Two Democratic senators who represent conservative voters have already shown their ability to block Biden’s entire progressive agenda, which was the president’s promise to the leftists in his party in order to reliably assemble the coalition of voters which brought him to power. Including this new tax in the federal budget is a signal to the Democratic left, for whom “tax the rich” is one of the most powerful slogans. That progressive electorate is greatly frustrated, which is particularly dangerous in an election year. Biden needs to motivate those voters again so as not to suffer a defeat in the November midterms, which would destroy his presidency.