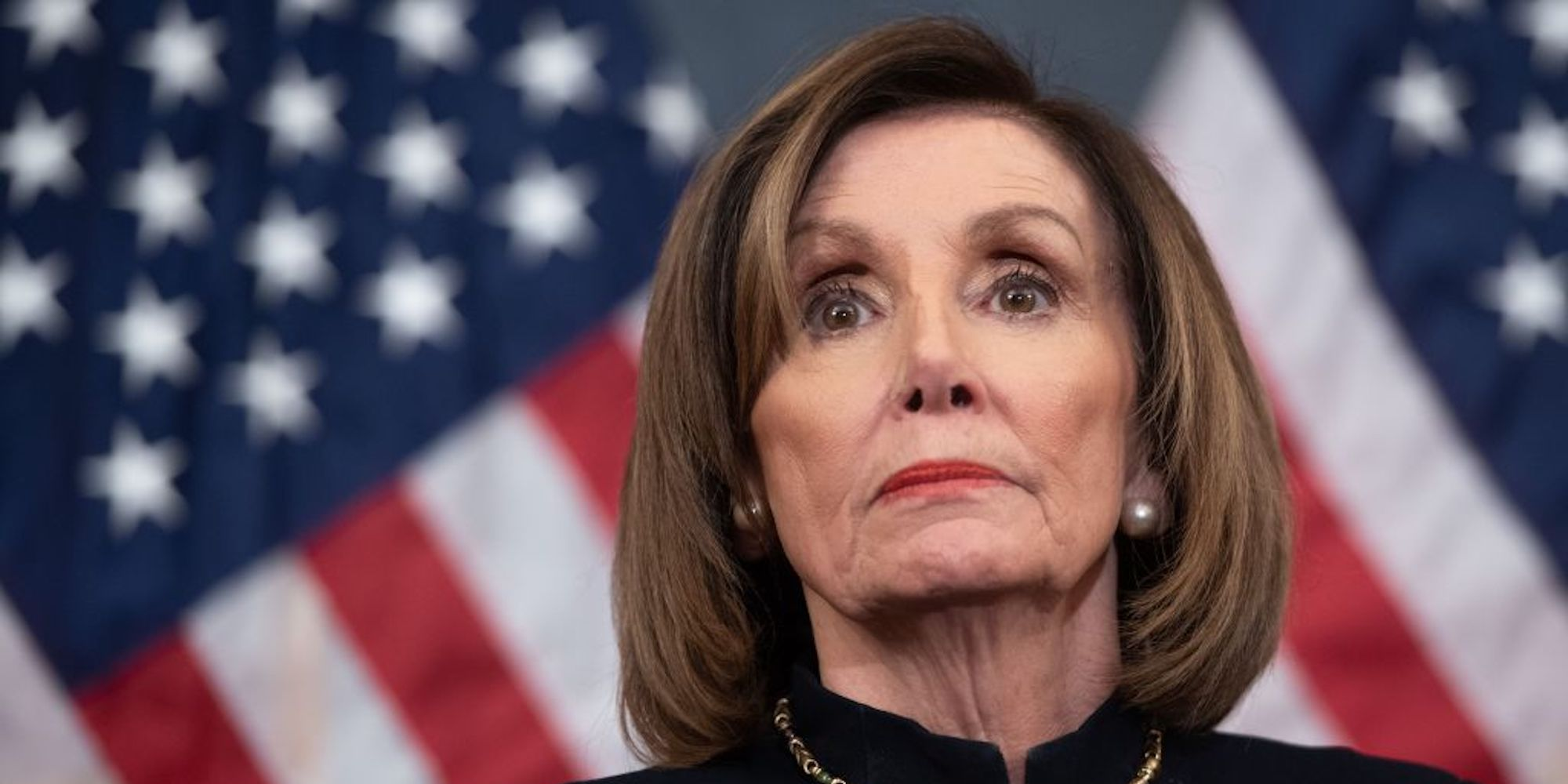 When U.S. Speaker of the House Nancy Pelosi originally planned her Asia trip, she was going to first visit Japan and then South Korea. However, Wednesday night, April 6, an independent report from the Japanese news station Fuji News Network indicated that Pelosi was going to cancel her visit to South Korea and go to Taiwan instead. Furthermore, she would participate in events in Taipei commemorating the 43rd anniversary of the Taiwan Relations Act.

After news of the cancellation was out, it immediately attracted the attention of many parties. Still, when media questioned Pelosi’s aides, they refused to give details about her itinerary, citing security reasons. Mainland China immediately reacted strongly to this; it suddenly seemed that a huge storm was brewing on both sides of the Pacific. Because of this situation, relations between Beijing and Washington were once more strained.

After the news reached Taipei, the response by the various political camps and factions differed greatly, although this is unsurprising considering the current polarization in Taipei’s politics. As all sides watched the developments continue to unfold, a turn of events came Thursday evening, April 7, Taipei time, when the director of Pelosi’s office announced on social media that she had contracted COVID-19 and was in isolation. As a result, her trip would obviously be on hold for the time being.

Responding to these changes, those in Taipei’s and Beijing’s political circles must have experienced a rollercoaster of emotions. However, we must pay attention to certain diplomatic signals behind the scenes if we are to possibly interpret the mysteries behind the incident more thoroughly.

First, we must point out that U.S. officials have never confirmed that Pelosi was cancelling her trip to South Korea to visit Taiwan instead. This was reported by Japanese media. Thus, when evaluating the diplomatic impact and subsequent changes in the situation, we must maintain a certain degree of skepticism about the report’s authenticity. We cannot arbitrarily determine that the Japanese report is true.

Second, we also must point out that the U.S. is a great power, and as speaker of the House, Pelosi holds a powerful position. When visiting an ally, changing the ally to visit on the eve of departure is obviously inconsistent with the basic manner of diplomacy. Particularly for South Korea, for Pelosi to suddenly change her itinerary so close to the visit — how can this negligent attitude toward South Korea be endured! Washington would surely not engage in such reckless and ill-conceived diplomacy.

Furthermore, when questioning whether Pelosi really originally planned to visit Taipei and participate in the commemorative activities, we must remember her relevant itinerary and business arrangements must be coordinated by diplomats from both the American Institute in Taiwan and the Taiwanese government. In particular, her security protection would have to be arranged beforehand. For someone of Pelosi’s status, these measures absolutely cannot be reduced. Therefore, were she to suddenly make an impromptu change to her itinerary, the opportunity to evaluate the situation would unfortunately not be great.

Additionally, after Pelosi cancelled her trip, some people in China must think that their intimidation was effective and that their strong words forced Pelosi to use COVID-19 as an excuse, instead of canceling on Taipei. If Beijing really believes this, I am afraid they have not carefully interpreted and thought about the entirety of the situation and instead allowed themselves to be swept up by the Japanese media report without verifying its authenticity through diplomatic channels. They rashly announced their position to the world, which in the end only served to please themselves as they sank into a state of self-hypnosis, thinking that Pelosi cowered in fear and canceled her trip because of their words.

Since the U.S. and China have official diplomatic relations, Beijing must consider whether after Japan reported this story, Washington notified its diplomats in Beijing. Regarding this and other incidents, if communication channels are clear, Beijing can quickly ascertain the authenticity of the matter. Indeed, Washington and Beijing each have their own positions, and both sides have constantly interacted in opposition with each other. But Beijing should be able to grasp which is more serious: keeping the other party completely in the dark, or ignoring information verification.

In other words, Taipei must consider whether before the Japanese news report, diplomats were not notified of things in advance. If this is the case, communication with the U.S. through diplomatic channels was obstructed. The most worrying part of diplomatic exchanges is being left out and not notified of important information, such as the reports by media that Pelosi was going to change her itinerary and suddenly visit Taiwan. Whether Taipei could have immediately found a way to verify this information and make appropriate arrangements and respond accordingly was worrying.

Lastly, we cannot help but remember that if this really was a mistake by Japanese media that happened to coincide with Pelosi contracting COVID-19, the way the rumors twisted and turned is really a wake-up call. Based on the strong words issued by public figures and diplomatic spokespeople in China, as well as the vigorous response by people in Taiwan’s political circles who claim to have inside information, we must ask whether both sides of the strait have officially gone through diplomatic channels for verification.

If the U.S., a large and powerful country, wanted to assess reaction by using Japanese media to leak information about the itinerary, it would be really counterintuitive. Politicians in Washington and Taipei are fond of accusing others of engaging in cognitive warfare against them, blaming potential opponents of spreading fake news to mislead the public. However, dancing around the Japanese media report, the U.S. has never confirmed that Pelosi will visit Taipei. We must ask ourselves whether we should consider this a trick of cognitive warfare.