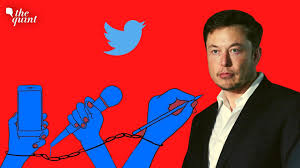 The idea he says, is to secure free speech on the site and he intends to relax rules about deleting inappropriate tweets and suspension of accounts.

Musk calls himself a “free speech absolutist” and emphasized that “free speech is essential to a functioning democracy.” As Musk claims, it is natural to respect and protect freedom of speech. However, it comes with responsibility.

Social networking sites such as Twitter and Facebook are used around the world as an effective way to exchange information.

Twitter has more than 200 million users, including Japan, the world’s second largest market.

Politicians, artists and business owners also use social networking sites, and their comments have significant influence.

On the other hand, social networking sites spread false information, slander and discrimination, which lead to serious problems.

In Japan, false information spread about a COVID-19 vaccine, alleging that it would cause infertility. After he was the subject of an anonymous online accusation, professional wrestler Hana Kimura, committed suicide.

Social networking sites can be a deadly weapon, but Musk hasn’t said anything about this yet. As someone who would be in charge, he should explain his position on this issue known.

Musk is recognized as an unconventional entrepreneur and has become the richest man in the world by leading in a wide range of fields in addition to electric vehicles, such as the space industry and medicine.

He has agreed to pay Twitter approximately $44 billion (5.7 trillion yen) to buy the site. However, Musk’s policy on how he would run it is still very unclear.

Twitter has deleted or frozen accounts where posts promote violence or harass others on the basis of things like race and gender.

The attack on the Capitol in January 2021 drew attention to Twitter, after it permanently suspended the account of former President Donald Trump on the grounds that it risked inciting further violence.

Musk’s statements to date on the attack suggest that he considers such social network restrictions to be censorship and that account suspensions and freezes should be avoided as much as possible.

Moves are underway In Europe, the U.S. and other elsewhere to tighten regulation of social networking sites.

European Union countries have agreed on legislation that would require giant IT companies to eliminate illegal content, including fake information. The Japanese government is also considering tightening regulations.

Speech should be cautiously regulated, but at the same time, it is obvious that problematic postings should not spread unchecked.

Musk needs to clarify his vision about a social networking site that allows users to exchange information with peace of mind.