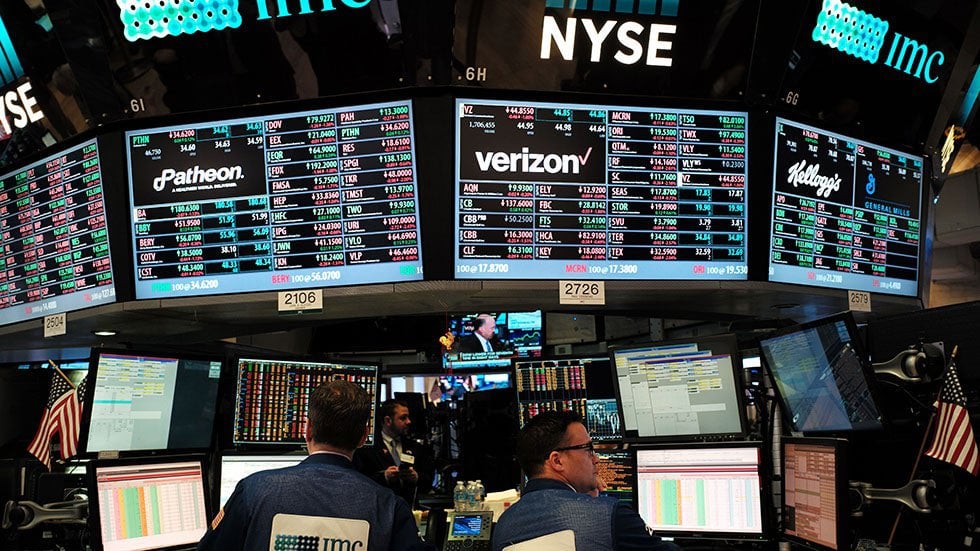 Let’s dig into the secrets of how members of Congress are striking it rich.

Why are ordinary people losing their shirts, while the honorable members of Congress are dizzy with investment success?

The Russia-Ukraine conflict has shocked international financial markets for the past two months. The woes of the surprise military action in addition to those of the COVID-19 pandemic have pushed the global economy out of the frying pan into the fire. Stock markets throughout the world have been plunged into turmoil. Whether it is Chinese domestic stocks, Hong Kong stocks or U.S. stocks, they are all getting scorched.

But while here in China, we are aghast at our stock market’s plummeting red trendlines, on the other side of the ocean, there is one special group of shareholders who are counting their incoming dollars — a group that has lined its pockets during this crisis, particularly after the fortuitous news that the U.S. is arming Ukraine. The share price of stock in the U.S. defense industry has soared. In late April, Lockheed Martin’s stock rose to about $460 per share, up from $352 at the year’s outset, an increase of more than 30%. The price of stock in Raytheon Technologies another U.S. military giant, also rose from $85 per shareat the beginning of the year to $106, an increase of more than 24%. This special group of shareholders has collected many scalps and holds a firm position on the stock market’s winners’ podium. You might think these champions were glamorous big shot Wall Street fund managers. Wrong. They do not work on Wall Street. They are the so-called people’s representatives who sit on Capitol Hill.

According to a Business Insider report, at least 19 congressional legislators or their spouses hold stock in Raytheon Technologies and Lockheed Martin. Two days before the Russia-Ukraine war broke out, Republican Rep. Marjorie Taylor Greene had the prescience to purchase Lockheed Martin stock. The day of the conflict, Democratic Rep. Earl Blumenauer splurged on even more shares of Raytheon. In addition, Republican Rep. Diana Harshbarger, Democratic Rep. Keith Franke and others have recently bought stock in defense contractor companies supplying the military-industrial complex. How can they be so confident about their investment decisions? Members of Congress have been setting snares and now lie in wait to ambush the big game.

The 2-Way Street between the Military-Industrial Complex and Congress

You might ask how, in the moments before the military-industrial complex secures its contracts and the price of its stock turns bullish, these members of Congress are able to rush in and make such precision purchases, while you can only gaze at how empty your hands are and sigh at how inadequate you are. Why does the military-industrial complex continue to snag government contracts? Statistics might shine some light on the matter. According to documents from the U.S. OpenSecrets research group, in 2021 alone, Raytheon spent $15.4 million on lobbying Congress, and Lockheed Martin’s spending exceeded $14.4 million. A study by Brown University revealed that over the past two decades, the U.S. military-industrial complex has spent as much as $2.5 billion on lobbying, and over the past five years, has employed an average of over 700 lobbyists each year. This, while there are only a total of 535 senators and representatives.

The movie “Lord of War” fittingly notes, “There are over 550 million firearms in worldwide circulation. That’s one firearm for every 12 people on the planet. The only question is: How do we arm the other 11?” The U.S. military-industrial complex not only spares no effort to win domestic contracts, but goes all out in global arms sales. From Afghanistan to Iraq, from Syria and Libya to today’s Ukraine, the you can see the reach of the U.S. military-industrial complex wherever the smoke of war rises. Part of this cycle involves U.S. politicians fanning the flames of war — and they are rewarded richly for it. The motivation for collaboration is transparent. The military-industrial complex has mangled the political system.

Prior to the Russia-Ukraine conflict escalating, former U.S. Rep. Tulsi Gabbard pointed out, “The neocons/warmongers have spent years stoking the new cold war with Russia and have now brought us to the brink in Ukraine — this serves their own interests, and lines the pocket of the Military Industrial Complex with trillions.” Later developments in Ukraine fully validated Gabbard’s judgment; members of Congress rushed to buy up volumes of stocks while raising their arms and shouting, “provide military assistance to the Ukrainian people.” They plundered the U.S. public’s coffers and benefited politically.

Members of Congress will make big bucks from defense stocks, as they treat the U.S. stock market like a private garden with fruits that fully ripen just for them. According to statistics from the website Unusual Whales, in 2021, the S&P 500 index increased by about 13.6%, while the average profit rate of members of both parties in the United States Congress outperformed the market. The average profit rate of Senate Democrats reached 15.4%.

Speaker of the House Nancy Pelosi has come to be viewed as the investment deity of Capitol Hill. Warren Buffett’s return on investment in 2020 was only 26%, while Pelosi’s husband, Paul Pelosi, gained a return of 56%. In Jan. 2021, following Paul Pelosi’s purchase of millions of dollars of Tesla stock, the Biden administration announced subsidies for electric vehicles. In March, Mr. Pelosi hoarded a batch of low-price Microsoft shares; the U.S. Department of Defense then announced a deal with the company. Microsoft signed a $22 billion contract. In July, when the U.S. Congress conducted an antitrust investigation of large technology companies, Mr. Pelosi went long on Google. In the end, the antitrust probe of Google not only fizzled out with no penalties imposed, but Google’s stock price also rose by 20%.

It is not just the Pelosis who are clairvoyants. Back in Feb. 2021, before the pandemic caused the U.S. stock market to plummet, Republican Sen. Richard Burr, chairman of the Senate’s Select Committee on Intelligence, told the public that the pandemic was completely under control; yet he and other senators, such as Republicans Kelly Loeffler and James Inhofe, furtively sold off their stocks. Predictably, when members of Congress retreat from their investments, pitiable American shareholders dutifully hold their ground only to be reduced to cannon fodder.

Do these members of Congress have especially sensitive fingers on the pulse of the market? Are they really more of investment visionaries than the ordinary person? Obviously not. Pelosi is the third highest ranking member of the U.S. government. She wields life-or-death power over the legislative agenda of Congress, and she always knows what is just around the corner in U.S. policy. As Chair of the Senate Intelligence Committee, Burr is the first to acquire a large amount of inside information and secret intelligence. These members of Congress are in a convenient position to derive personal benefit from their government office and inside information. They seize on this information to be first out of the gate in stock market investments.

A report by the Unusual Whales website showed that prior to every major legislative event in Congress, members conduct a large number of stock transactions. For example, Rep. Republican Brian Mast invested in marijuana industry stock and then voted for a national marijuana legalization bill; he came away with a 563% profit. After Democratic Rep. Zoe Lofgren sponsored a bill granting tax credit to electric vehicles, she bought shares in an electric car company and made a profit of at least 71%. Too numerous to name individually are those on the extensive list of politicians who voted in support of the CHIPS Act after buying stocks in microchip companies; the same goes for those who rushed to buy Pfizer stock right before the FDA announced the approval of the emergency use authorization of Pfizer’s new COVID-19 vaccine.

In fact, in order to prevent members of Congress from taking advantage of their positions for personal gain, the United States passed the Stop Trading on Congressional Knowledge Act of 2012. The irony is that lawmakers do not even remotely take the law seriously. Relevant fines stipulated in this law can also be waived by Congress at its own discretion. It is no wonder U.S. citizens don’t seriously follow the law: leadership, serving as its own judge and jury, illegally helps itself to “welfare for the rich.”

Do These People Really Represent the Will of the People?

In March, the U.S. inflation rate in the United States soared to 8.5%, a level unprecedented in the past 40 years. Ordinary Americans endlessly pour out their grievances over the rising prices of gasoline, eggs and rent. Meanwhile, the so-called “representatives” continue to add fuel to the fire of the Ukraine issue, arming Ukraine at an unprecedented speed. This will only further drive-up U.S. oil prices and exacerbate inflation. But what is of sole concern to Congress is the turning off of the financial taps were war to end. How predictable is it that the common American will need to take unimaginable decisions just to scrape by because of the decisions of these politicians? U.S. politicians are content to ignore the remote clamor for curbing inflation, clamor that evaporates into the ether.