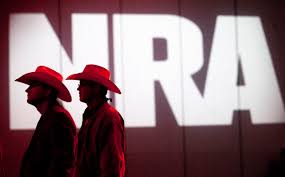 Shootings are the most common cause of death for young people in the U.S. How in the world can anyone maintain such a completely perverted understanding of freedom?

It is a well-rehearsed routine by now, almost a Pavlovian response. Whenever another massacre occurs in a church or a high school, leading politicians in the Republican Party offer the following response: first, their thoughts are with the family members of the victims. Second, they are sending very, very earnest prayers heavenward. And third, they thank the “heroes” from the local police and first responders who intervened so quickly and thus probably prevented a greater tragedy. Last Tuesday, Ted Cruz, the Republican senator from Texas, tweeted these three time-tested, boilerplate messages used to respond to mass shootings of every type. Earlier, an 18-year-old had used a semi-automatic weapon to kill 21 people in an elementary school.

It does not seem to have occurred to anyone in Republican circles that you could spare yourself the thoughts and prayers for family members if their loved ones had not been murdered in the first place.

In recent decades, Cruz has gained a well-earned reputation for being a nasty piece of work; his bigotry and hypocrisy are outstanding even by Texas standards. But when it comes to gun control legislation, he is in line with many of his Republican colleagues who categorically block stricter regulations in Congress, including, for instance, a comprehensive background check for everyone who wants to obtain a firearm. Fittingly, Cruz’s colleague Greg Abbott, the current governor of Texas, tweeted a few years ago, “I’m EMBARRASSED: Texas #2 in nation for new gun purchases, behind CALIFORNIA. Let’s pick up the pace Texans.” This type of Wild West thinking has consequences. In 2020, approximately 4,300 children and adolescents died because of guns. That makes shootings the most common cause of death among young people. And that is nothing less than pure folly.

This weekend, by the way, the annual meeting of the National Rifle Association is taking place; fittingly, it is in Texas, not far from the site of the massacre. In its invitation, the powerful lobbying group touted the event as “a freedom-filled weekend for the entire family as we celebrate Freedom, Firearms, and the Second Amendment!”

How in the world can anyone maintain such a completely perverted understanding of freedom? How can one become so corrupted by a powerful lobbying organization? Typical America! The Yanks are nuts!

Thankfully, nothing like that can happen in Germany. We don’t need to mention here that we still refuse to impose a speed limit on highways because of a distorted understanding of freedom. That would just unnecessarily dilute this column’s message, which is as clear as it is self-righteous.