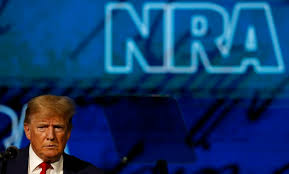 Once again, a massacre in the United States. This time the perpetrator was an 18-year-old boy who had suffered from bullying at school and had strained relationships with his family. According to The Washington Post, those who knew him described him as generally quiet with a history of violent outbreaks.

First, he shot his grandmother and then headed for the school in Uvalde, Texas, where he had been a student. He entered the fourth grade classroom and killed 19 children and two teachers.*

This was the second largest massacre in American schools since 1970 and the deadliest in the last decade in Texas, a Republican-dominated state where it is not very difficult to obtain weapons legally. Its governor, Greg Abbott, signed seven laws in June 2021 that facilitate access to guns. This in the name of the freedom to own them, according to the Second Amendment, which sometimes seems more important than the First Amendment, which provides for the freedom of speech and of the press.**

As recently as May 15, a white man murdered 10 people in a supermarket in a largely African American neighborhood in Buffalo, New York. It was a hate crime.***

Gun ownership divides the country. Those in favor of owning guns are, for the most part, Republicans. At least 19 members of Congress from that political party received more than $1 million for their election campaigns from the powerful National Rifle Association, which, in an unfortunate coincidence, will hold its annual meeting in Texas this weekend. Its keynote speaker will be former Republican President Donald Trump.

As has happened after similar incidents, the Democrats will propose more restrictions, but certain Republicans will say that would not decrease the number of attacks. Republicans would prefer seeing more police patrols in schools. It has also been suggested that teachers — who are trained to educate children and adolescents — go into their workplaces armed.

It is a bit worrisome, given that the United States undeniably influences the world.

*Editor’s note: The acts described here were allegedly committed by the 18-year-old shooter who died in the attack on the primary school.

**Editor’s note: The Second Amendment provides: “A well regulated Militia, being necessary to the security of a free State, the right of the people to keep and bear Arms, shall not be infringed.”

***Editor’s note: A man has been arrested and charged with the killings in Buffalo, New York, but has not yet been convicted of any crimes.

About Patricia Simoni 108 Articles
I first edited and translated for Watching America from 2009 through 2011, recently returning and rediscovering the pleasure of working with dedicated translators and editors. Latin America is of special interest to me. In the mid-60’s, I was a Peace Corps volunteer in Chile, and later lived for three years in Mexico, in the states of Oaxaca and Michoacán and in Mexico City. During those years, my work included interviewing in anthropology research, teaching at a bilingual school in the federal district, and conducting workshops in home nursing care for disadvantaged inner city women. I earned a BS degree from Wagner College, masters and doctoral degrees from WVU, and was a faculty member of the WVU School of Nursing for 27 years. In that position, I coordinated a two-year federal grant (FIPSE) at WVU for an exchange of nursing students with the University of Guanajuato, Mexico. Presently a retiree, I live in Morgantown, West Virginia, where I enjoy traditional Appalachian fiddling with friends. Working toward the mission of WA, to help those in the U.S. see ourselves as others see us, gives me a sense of purpose.