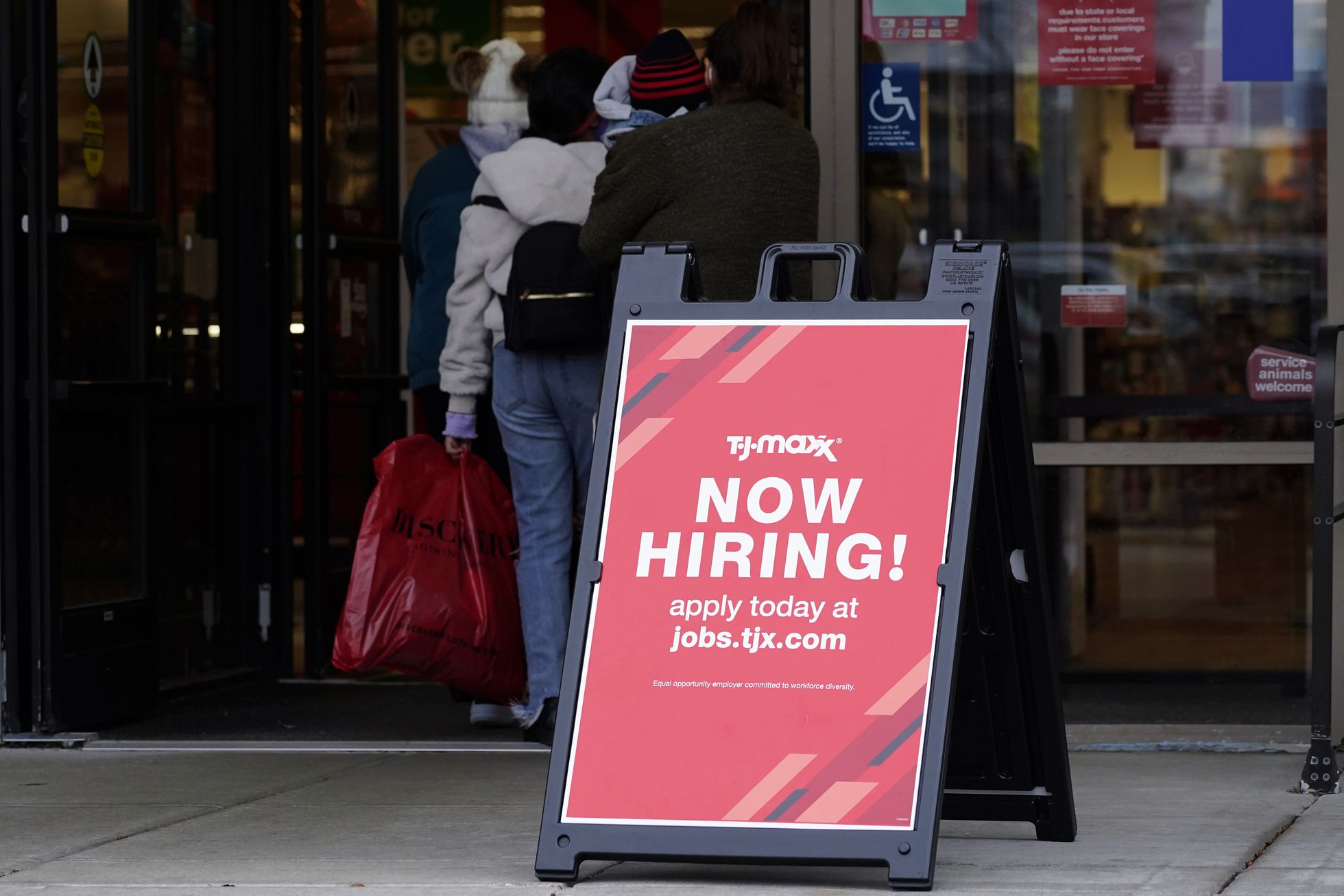 The unemployment rate remains at 3.6%, very close to the lowest in decades.

Job openings are just as easy to find in Washington as in any major city in the United States. If you go to buy clothes, there’s a vacancy notice posted in the store. It’s the same at a restaurant. Before the movie starts, alongside the trailers for upcoming films, there’s an announcement for a job at the theater. And at the bank, a job listing offers a signing bonus of up to $1,500. The economy has recovered so much since the pandemic that the unemployment rate is 3.6%. In some states, it has never been so low. The country is almost at full employment.

The figures published Friday by the Bureau of Labor Statistics for May confirm unemployment at 3.6%, the same as in March and April and very close to the lowest in decades, which was 3.5% just before the pandemic. There have been 17 consecutive months of job growth. In May, companies created 390,000 nonagricultural jobs despite a tight monetary policy and rising interest rates. Although it is the lowest figure in recent months, it is much higher than expected, and it does not fall far short of the figures for the last two months.

The highest increases in hiring have been in the leisure and hospitality sectors, professional and business services and in the transportation and storage sector, while there has been a drop in retail jobs.

In the United States, there are two surveys that measure the labor market: one for business and the other for households. The first metric survey is used as the main reference for job creation figures; the second survey measures the active population and unemployment rate. In this second survey, job creation has been somewhat lower (120,000 jobs in the month), which together with the increase in the active population, has resulted in 5.95 million unemployed, 3.6% of the total.

Speaking about the employment situation Friday, President Joe Biden is highlighting the fact that the economy is doing well despite inflation, which has become a major concern for Americans and an issue that is eating away at the president’s popularity. Biden has launched a communication strategy aimed at highlighting good economic news, such as job creation. He also wants to show that he is making the fight against inflation an economic priority, although he is delegating the job (and maybe the blame) to the Federal Reserve.

This economic campaign is prompted by the fear that the difficulties arising from inflation will have a negative impact on the Democratic Party in the November midterm elections on Nov. 8. All 435 seats in the House and just over one-third of the 100 seats in the Senate are up for election, and a majority for the Republicans could block the administration’s legislative agenda for the next two years.

The Fed aimed its economic and monetary policy at recovery after pandemic lockdowns destroyed jobs. The Fed flooded the markets with money by purchasing financial assets and keeping interest rates low. The administration handed out relief checks to everyone; it was like throwing money from a helicopter, to use an image conjured up by Milton Friedman and made popular by Ben Bernanke.

This allowed the country to sustain activity and ensure recovery, but with growing demand, certain supply-side problems (supply-chain bottlenecks, lockdowns in China, the war in Ukraine and rising energy and food prices) have transformed that excess liquidity into inflation. Prices are increasing faster than they have in 40 years, at a rate of more than 8%. The statistics released Friday show that hourly labor costs are rising 5.2% annually, fueling renewed inflation.

The Fed has a dual mandate from Congress: to achieve full employment and maintain price stability. While the Fed has taken top honors in achieving full employment, it has failed at maintaining prices. Some argue the Fed has averted a prolonged recession, and that it was not time to turn off the engines as the plane was taking off. They claim that most of the increase in prices is caused by outside factors that could not have been avoided with a tougher monetary policy. Critics point out that the Fed failed to adequately calculate the risk of inflation and failed to pull back the monetary stimulus in time.

Now, with unemployment at its lowest rate and inflation at its highest, the Fed is tightening monetary conditions at a fast clip, both by raising interest rates and reducing its balance sheet. And with all this, the Fed is sending a warning. Indeed, market and mortgage interest rates have risen faster than official interest rates. After imposing a half-point interest rate hike in May, the Fed intends to announce at least two more similar increases in June and July, and some of its members already warn that more may be needed.

The big question is whether the Fed will be able to contain inflation without causing a recession. The path to that goal is narrow.