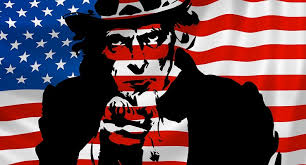 David Gergen, now in his 80s, thinks it’s time for Joe Biden and Donald Trump to step aside and make way for younger leaders.

Half a century ago, the United States openly criticized what it called China’s “gerontocracy,” a country whose administration was dominated in every way by elders.

The problem became so serious that by 1980, the Chinese felt compelled to impose rules limiting terms in government and linking positions to age, although some believe that China may have relaxed its restrictions on leadership.

Today, the United States faces what could well be considered a similar problem, all the more remarkable because both the U.S. and China are products of the Cold War and actors in a world that no longer exists either in geopolitical or economic terms and is in state of rapid technological transition.

Axios quoted prominent veteran political analyst David Gergen, now in his 80s, saying it is time for the current Democratic and Republican leaders, Joe Biden and Donald Trump, to step aside and make way for younger leaders.

Biden is 79, and Trump turns 76 on June 14. They are apparently the most viable contenders for the presidency in 2024, by which time the Biden will be 81 and Trump will be 78.

In other words, they’re no spring chickens.

True, they are not the only example of aging world leaders. China’s Xi Jinping is 68, and Russia’s Vladimir Putin is 69.

Politically, at least in the United States, this could have an impact. In a country obsessed with youthful appearance, a candidate’s age and physical appearance could have an effect on various sectors of voters; and the truth is that in 2024, Biden will probably look considerably older and more tired than Trump.

To what extent this will be a factor in 2024 is hard to say. After all, the tradition in the United States is, or was, that young people don’t go to the polls; the ones who bother to vote are older and more mature. The reality is that about half of young people, or at least the youngest segment of likely voters between 18 and 24, turn out to vote. This is in contrast to the fact that 76% of people between 65 to 74 turn out to vote.

But it is also true that the idea of a gerontocracy is beginning to worry the U.S. political machine. After all, House Speaker Nancy Pelosi is 82, Republican Senate Minority Leader Mitch McConnell is 80, and the average age in the U.S. Senate is 64.

True, Biden’s supporters may claim that he is the only candidate to have defeated Trump however much the notoriously egocentric Republican former president may insist on imagined fraud to explain his loss.

Beyond the debate around age and the physical limitations it might impose, there is certainly a sense that both Biden and Trump may be wedded to ideas and understandings that affect their performance and impact how they may deal with problems in the future.

About Stephen Routledge 130 Articles
Stephen is the Head of a Portfolio Management Office (PMO) in a public sector organisation. He has over twenty years experience in project, programme and portfolio management, leading various major organisational change initiatives. He has been invited to share his knowledge, skills and experience at various national events. Stephen has a BA Honours Degree in History & English and a Masters in Human Resource Management (HRM). He has studied a BSc Language Studies Degree (French & Spanish) and is currently completing a Masters in Translation (Spanish to English). He has been translating for more than ten years for various organisations and individuals, with a particular interest in science and technology, poetry and literature, and current affairs.