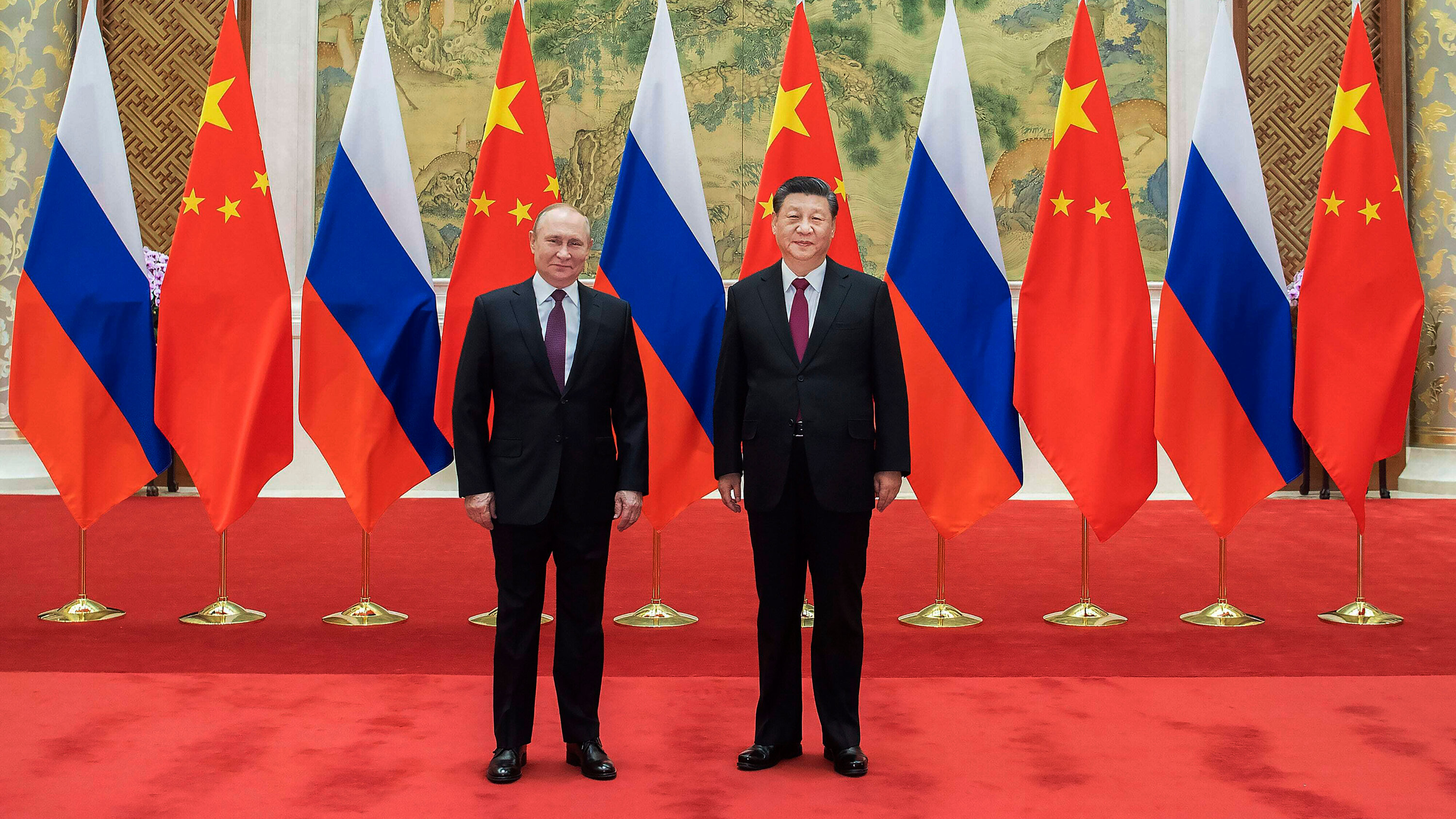 Recently, the U.S. and China, and China and Russia, have been interacting frequently, and their interactions have been fiery. The U.S., however, has obviously been quite restrained, at least until now. What is the reason for this self-restraint?

On June 15, Chinese leader Xi Jinping and Russian President Vladimir Putin had a video call, during which both sides said they would strengthen strategic and security cooperation. While this deeply unsettled the U.S., Secretary of State Antony Blinken only called upon China not to stand on the wrong side of history. On June 16, White House National Security Advisor Jake Sullivan stressed that the U.S. has maintained a One-China policy for so long primarily to keep peace in the Taiwan Strait, and that the U.S. hopes China does not increase threats to Taiwan.

Even President Joe Biden indirectly pointed out in an interview with the Associated Press on June 17 that he decided to support Ukraine by sanctioning Russia, not from concerns about the election, but as the commander in chief of the armed forces. He further said that if the U.S. stands idly by, China might audaciously take over Taiwan, and North Korea might become even more aggressive.

Blinken understands that the relationship of strategic cooperation between Russia and China is stronger than ever and is only a thin line away from an official allied partnership. Still, with restraint, Blinken only hinted that China should not stand on the wrong side of history. On June 16, Wang Wenbin, spokesman for the Ministry of Foreign Affairs, ironically said that the U.S. is just “whistling in the dark.”

Sullivan clarified that China’s support of Russia’s invasion of Ukraine has not crossed a red line. On March 18, during the second video call between Biden and Xi, the U.S. requested that China not provide military or economic support to Russia, suggesting that if Beijing crossed that red line, the U.S. might lead Western countries in sanctioning China.

In addition, Sullivan did not criticize the quasi-alliance between China and Russia, instead tactfully stressing that while the U.S. adheres to a One-China policy, it hopes Beijing will lower threats toward Taiwan. Otherwise, he hinted, if China keeps coercing Taiwan, the U.S. might change its policy.

Although Blinken, Sullivan and even Biden are obviously uneasy about the strengthened relationship between China and Russia, why are they being so cautious in their rhetoric toward Beijing? First, Biden hopes to hold a third video call with Xi, and even an in-person summit with Xi in October — the first since Biden took office — to reduce tensions in U.S.-China relations.

Biden is used to creating a positive atmosphere before a summit and hopes no one will sabotage it. This is why Blinken and Sullivan did not rise to China’s taunts but chose to ignore them. Naturally, then, President Tsai Ing-wen and her officials should also be especially cautious with their words so as not to be seen as troublemakers by the U.S.

Second, on June 13 in Luxembourg, Yang Jiechi of the Chinese Communist Party Central Foreign Affairs Commission told Sullivan that China opposes defining the U.S.-China relationship as competitive and hopes that Biden will honor the Four Noes and One Without pledge. The U.S. has not sought a new Cold War, supported Taiwan independence or created a meaningless conflict with China. However, the U.S. has no way of guaranteeing that it will not try to change China’s system or seek to oppose China through strengthening alliances.

More importantly, at the Shangri-La Dialogue in Singapore from June 10-12, China’s Minister of National Defense Wei Fenghe proposed that the Taiwan Strait is not international waters, a proposition the U.S. cannot support. To the U.S., the demands issued by Yang and Wei are not only exorbitant, but are fundamentally irresolvable. Thus, U.S. officials hope that verbal confrontations will not ruin the summit and that these issues can be addressed beforehand through intensive communication.

Finally, the CCP’s 20th National Congress will convene toward the end of the year. Documents pertaining to Xi’s extended term of office and to Taiwan are currently being drafted. The Biden administration does not want anything that will disadvantage Taiwan or adversely affect the development of cross-strait relations to make it into these 20 historical documents. Therefore, in the coming months, U.S. and Chinese officials will engage in intensive communication and even bargain to avoid a further enlargement of the Taiwan issue by Beijing, which would affect future U.S.-China relations.