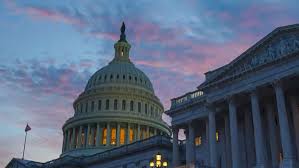 “America only has three cities: New York, San Francisco, and New Orleans. Everywhere else is Cleveland,” playwright Tennessee Williams once said. We tend to look at the United States through European eyes, as if everything were Fifth Avenue in Manhattan. However, the real United States is everything else, an amalgamation of impoverished counties devoted to the worship of guns and a fat white, blond god who hates vaccines.

Many people are like Doug Mastriano, the Republican candidate for governor of Pennsylvania, who suggests doing away with the separation of church and state. They feel emboldened after the Supreme Court’s decisions regarding the right of states to ban abortion and the state’s freedom to reconfigure election districts as they seek to undermine minority voting rights. There are also crusades to ban teaching part of history, prevent indoctrination of gender and climate change policies and introduce prayer in the classroom.

Fewer than four months remain before the most decisive U.S. election since 1945. The future of millions of Americans, and of millions of Europeans, is at stake. It is not hyperbole to claim that democracy is in danger. We are facing a rerun of the Jan. 6, 2021, attack on the Capitol through other means. The objective is to keep Joe Biden’s hands tied during the two remaining years of his term through a Republican-controlled Congress and to win back the White House in January 2025 with Donald Trump or someone worse. And there are worse people.

The Nov. 8 election will involve the election of all the seats in the House of Representatives and one-third of the Senate together with a number of key governorships, Texas among them. Biden currently has a slight majority in the House. Although the parties are tied 50-50 in the House where Vice President Kamala Harris can cast the deciding vote, Democratic Sen. Joe Manchin — a strong advocate of the coal industry — frequently votes with the Republicans. Voters will decide 34 seats in November. Democrats need to reach a 52-48 majority without losing any positions in the House. A Republican-controlled Senate would help them win the presidency in 2024.

It’s risky to throw predictions around four months in advance and in such a volatile setting. We don’t even know what will carry more weight in voters’ minds: inflation and fuel prices or the derogation of abortion rights and mass shootings.

The religious far right in the U.S. that calls itself “Patriots Arise” dismisses the election chances of an economic recession and would rather focus on their own thing: the wildest conspiracy theories and America’s Christian identity. This group finds their exclusive right to own land in America in the Bible, despite the fact the Bible is a work of fiction written in the fourth century, 1,400 years before the U.S. was founded.

Biden has been unable to quite get off the ground, and Harris has gone missing. It seems that his mission ended when Trump lost. Biden’s approval rating is 38.8%, and 64% of Democrats don’t want him to be their candidate in 2024. Age is a factor as he will be 82 in the next presidential election. Biden often seems tired, clumsy and confused. He is an easy target for Trump (who will be 76, but projects energy) or for Florida Gov. Ron DeSantis, a Republican who may run in the primaries and who is so conservative that he was the only one who banned vaccines for children under the age of five.

The problem with Democrats is that they have no one who can excite voters. There is Stacey Abrams, who is running for governor in Georgia, something which annoys DeSantis, because he compares her to communist Cuba (Cuba, like ETA**, is a wild card). Current Secretary of Transportation Pete Buttigieg is popular. He performed well during the 2020 primaries. He is gay and is married. Although he polls higher than Harris, his party is less than enthusiastic about him. The European left likes Rep. Alexandria Ocasio-Cortez, but she is too progressive for Cleveland. The divisive figure of Hillary Clinton is starting to come up as a magic bullet. There is no Barack Obama on a horizon dominated by sharks.

2024 could mark the last democratic election in the U.S., as many people claim. November will tell us how imminent the risk to democracy is. The U.S. is headed toward three dangerous possibilities where nothing should be ruled out: a biblical Gilead at the center, with two liberal poles on the West Coast and New York, and either a collapse of the country’s union or a civil war. Meanwhile, Europe is struggling to make the heating work during the winter and close the door on its far right, a far right emboldened by the winds of extremism that are coming from the other side of the Atlantic.

*Editor’s Note: The original version of this article is available with a paid subscription.