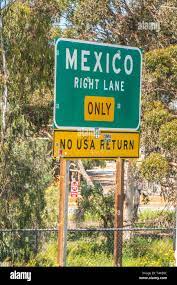 It is an unmistakable sign of low self-esteem to say in English what we can say in Spanish with the same number of words. Consider the case in which a popular or middle-class neighborhood is transformed into an elegant one. Why call that “gentrification” when “aburguesamiento” expresses the same idea?

Gentrified neighborhoods attract not only wealthy nationals, but also foreigners. This happened, for example, in Barcelona, where a legion of wealthy outsiders displaced the inhabitants of the humble El Raval. The Marais neighborhood of Paris, a poor neighborhood 50 years ago, is now full of posh foreigners.

At first, the intruders, attracted by the liveliness of these neighborhoods, may have sought to rub shoulders with the natives. But by driving up the price of housing, they achieved just the opposite: They drove out the original inhabitants.

Something similar is happening in Mexico City. As a result of the pandemic, the beautiful neighborhoods of the Cuauhtémoc district (Roma, Juárez, Condesa) no longer attract only the national bourgeoisie, but also large waves of young gringos who work at home, with full-time connections to their companies. This invasion has driven up the cost of rent, and many landlords rent homes and apartments for days or weeks at a time on Airbnb.

Paradoxically, gringos are fleeing the high cost of housing in large U.S. cities. Instead of spending a good part of their salary on renting a small apartment, they rent a larger one here for half the price. And because working at home means they don’t have to commute, there’s no need to deal with oppressive city traffic. The labor revolution caused by the pandemic is here to stay, and we have a Yankee occupation in the bargain.

This influx of gringos could trigger a valuable cultural exchange if, instead of shutting themselves up in their ghettos, these foreigners would venture to get to know us better. But we as Mexicans should encourage this rapprochement and help overcome historical resentments that unfortunately are already surfacing.

A few days ago, I ran into a cantankerous man in the Roma neighborhood who was shouting in front of café terrace full of blonds, brandishing his cane with a threatening gesture. “Foreigners, go back to your countries! Just look at what you are turning my street into. Because of you, everything is going up in price. You’re stealing our souls! Get out, you bastards! Nobody wants you here!” I am afraid that this madman spoke to the collective memory of the Mexican-American War of 1947, reinvigorated by Donald Trump’s anti-Mexican bluster and one that continues to agitate certain xenophobes.

This new migratory wave inevitably evokes the memory of how the city was overrun by Winfield Scott’s army, when platoons of gringo soldiers patrolled the streets of the main square, when there were signs in store windows everywhere announcing the presence of the invader: “Mush and Milk at all Hours,” “American Dry Goods,” “United States Restaurant,” “Saint Charles Exchange.”

During that imperialist festival, the Texas Rangers whipped the thieving bastards in the Alameda, and at night, in the downtown Bella Union Hotel, the Yankee army’s favorite brothel, the officers got drunk, danced the fashionable polka and groped the “margaritas,” the expat prostitutes who moved from table to table.

Thirty or 40 years ago, the neighborhoods where Yankees now swarm were not as desirable. At the end of the 1970s, the Roma neighborhood was dominated by an unpretentious middle class that rubbed shoulders with the humble inhabitants of tenements. In two memorable books, “Roman Chronicles” and “The Vampire of the Roma Colony,” my dear friends Ignacio Trejo Fuentes and Luis Zapata described the marginal underworld neighborhood found within the rooftop rooms that families of modest means rented to male prostitutes, rock and rollers, actresses and poor writers.

Their lifestyle helped revitalize the conservative middle-class redoubt and, over time, attracted a sector of society that desired the best of both worlds: the status of the rich and the romantic aura of the bohemian.

The colony became prized by social climbers at the cost of losing its greatest charm: It no longer seemed Mexican, perhaps making it attractive to those tourists who travel to feel at home.

These occupied areas of the city may suffer the fate of San Miguel de Allende or Alamos (the town in Sonora where Maria Felix was born), where the gringos have practically erased any vestige of anything Mexican.

But there is no reason to grieve, because even there, the national soul that has now been sold to the devil will be reborn triumphantly on the rooftops of the city.

About Patricia Simoni 111 Articles
I first edited and translated for Watching America from 2009 through 2011, recently returning and rediscovering the pleasure of working with dedicated translators and editors. Latin America is of special interest to me. In the mid-60’s, I was a Peace Corps volunteer in Chile, and later lived for three years in Mexico, in the states of Oaxaca and Michoacán and in Mexico City. During those years, my work included interviewing in anthropology research, teaching at a bilingual school in the federal district, and conducting workshops in home nursing care for disadvantaged inner city women. I earned a BS degree from Wagner College, masters and doctoral degrees from WVU, and was a faculty member of the WVU School of Nursing for 27 years. In that position, I coordinated a two-year federal grant (FIPSE) at WVU for an exchange of nursing students with the University of Guanajuato, Mexico. Presently a retiree, I live in Morgantown, West Virginia, where I enjoy traditional Appalachian fiddling with friends. Working toward the mission of WA, to help those in the U.S. see ourselves as others see us, gives me a sense of purpose.