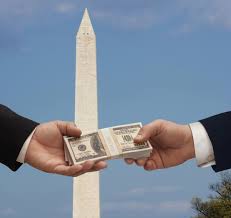 The Brazilian Institute of Government Relations (IRELGOV in Portuguese) recently promoted a webinar that brought new insight to an old debate: the regulation of lobbying. The topic was presented from a global perspective and focused on the American experience. The timing is opportune given that a substitute for Bill 4.391/2021, which addresses the issue in Brazil, was recently prepared.

What can you learn from the U.S.? James Meszaros, executive vice president of Powell Tate, made clear the importance of knowing other experiences. He explained that two main rules regulate the activity in the U.S. On the one hand, there is the representation of domestic interests, whether commercial or civil society, which must follow the Lobbying Disclosure Act. On the other hand, non-Americans (foreign companies or governments) must comply with the Foreign Agents Registration Act.

Both laws aim to increase the transparency of communications. They determine the need to carry out registrations and to follow specific rules and deadlines to ensure transparency. Lobbyists must disclose not only their contacts with government officials, but also the topics addressed in meetings and the amounts spent, among other requirements. An officer can apply simultaneously as a lobbyist under the LDA and FARA if he or she falls into both situations.

To illustrate what happens in practice, Meszaros pointed out that those who spend the most on lobbying are business groups and organizations in the real estate, health and pharmaceutical, technology and chemical industries. They are generally the most regulated sectors in the country, and therefore the most influenced by regulatory changes.

Foreign countries make significant investments in U.S. lobbying activities. China leads the list with a total of more than $272 million spent between 2016 and 2022, followed by Japan at $244 million and South Korea at $208 million.

The U.S. has rules establishing waiting periods for former officials from the executive or legislative branch to act as lobbyists. This avoids undue influence from individuals fresh out of high-ranking positions in government or Congress. The waiting period varies between one and two years.

Another notable element is the control exercised by the media, identified as the watchdogs of this process, publishing the movements of lobbyists in real time and observing expenses and networks of influence in this context. It is a democratic way of guaranteeing permanence with increasing transparency.

How to increase the chances that all these rules aimed at increasing transparency will bring positive results? For Meszaros, this is one of the main reasons for constantly updating lobbying laws. According to him, technology provides us with different ways to access decision-makers. Legislators and society as a whole need to consider that.

Both the U.S. and Brazil have regulations dealing with corruption and bribery. In a sense, they complement existing lobbying legislation. According to Meszaros, Brazil will have to decide whether, in practice, excessive legislation confers a greater chance of success in favor of transparency and the integrity of public and private actors.

*Editor’s Note: The original foreign language version of this article is available with a paid subscription.