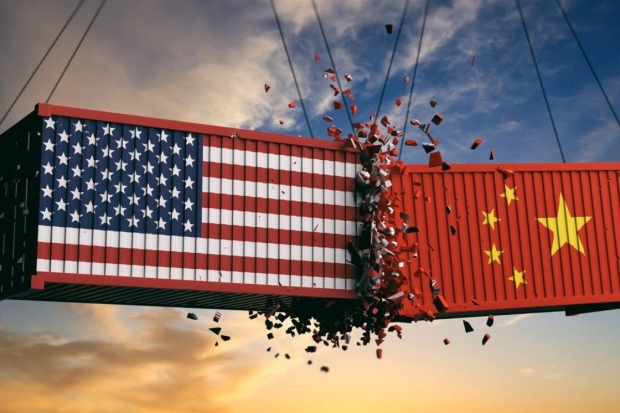 Under orders from the Biden administration, the California-based high-tech company will no longer be able to sell its latest chip, the A100 model, to China. It’s a way to stop Beijing’s advance in artificial intelligence, notes Philippe Escande, economics editor at Le Monde.

In a sign of the times, fighter jets and other state of the art defense equipment haven’t been the only areas with cutting-edge technology in electronics in the past 20 years; video game players, who often use these same weapons of war virtually, have also been at the forefront of high tech. The explanation is simple: Video games require enormous computing power to generate virtual images that are breathtakingly realistic. This is how the American company Nvidia Corporation, a leading specialist in graphics cards for gamers, became, within two decades, the most expensive electronics company in the world. Image processing is now indeed the cornerstone of artificial intelligence systems.

Nvidia’s latest chip, the A100 model, contains 54 billion transistors in a small square the size of a fingernail. It can compute a number of operations per second equivalent to five petaflops of performance.** Launched in 2020, it has equipped supercomputers at the Department of Energy’s Argonne National Laboratory in Illinois, then very quickly became part of image recognition systems in China.

This will no longer be possible. On Thursday, Sept. 1, the company announced that the U.S. government would now forbid them to sell the A100 and other designs under development to China. The Biden administration claims that Beijing doesn’t have the capability to produce such a sophisticated component and won’t achieve it for a long time. It thereby aims to halt China’s advance in artificial intelligence.

From Scarcity to Oversupply

For Nvidia, it’s a hard blow. China represents a quarter of its sales, and on Aug. 26, the California-based company had already warned that its results would be impacted by the decline in the PC market. Behind Nvidia, the entire electronics industry is starting to look grim. Technology giant Intel Corporation announced losses for its latest quarter.

This situation will not improve, as many new chip manufacturing facilities will be opening up in the next two years both in the United States and Europe, in the name of industrial sovereignty; this will shift the dynamic from scarcity to oversupply. As Europeans are discovering with Russian gas, economic sanctions can hurt both ways: for those who impose them as much as those who are subjected to them.

This is especially true when sanctions affect such a globalized industry. Nvidia was created in 1993 by Jen-Hsun Huang, a Taiwanese American. His chips are produced in Taiwan, in the factories of Taiwan Semiconductor Manufacturing Company Ltd., which has also been forced to reduce its activity in China. Between future overcapacity and economic warfare, the global electronics industry is gearing up for some very difficult times.

*Editor’s note: The original language version of this article is available through a paid subscription.

**Editor’s note: A petaflop is a unit of computing equal to 1 quadrillion FLOPS or floating point operations per second. A floating point is a method of encoding real numbers within the limits of finite precision available on computers.