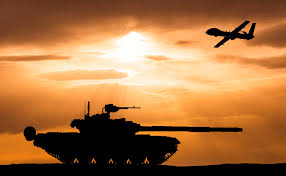 The sanctions inflicted on Iran over the last few days by the European Union and the United States are based on two premises. Some of these sanctions are a reaction to the ongoing protests in Iran. European governments and even the U.S. feel pressured by public opinion on this issue, and so see some sort of response as necessary. The other sanctions are related to the accusations by the West and Ukraine about the Iranian drones and missiles that Russia is using.

Ukraine and Western governments claim that Iran provided Russia with weapons, including drones, and that Moscow has used these in its war against Ukraine. Over the past few weeks, the U.S. and the EU have cited these pretexts in enacting new sanctions on Iran. In my opinion, the sanctions related to Russia and Ukraine are meant to force Iran to halt its alleged shipment of weapons to Russia.

In response to these accusations, the Iranian minister of foreign affairs recently announced that Tehran is investigating whether Russia used Iranian weapons in Ukraine. The minister’s statement appears to admit military and defensive cooperation between Russia and Iran, but at the same time, he denies that the weapons were sent to Russia to be used in Ukraine. Iran has suggested that Iranian and Ukrainian technicians examine these claims together. However, the Americans and Europeans argue that their there is ample proof of their claims, and that their experts have already examined and confirmed that these purported weapons are Iranian.

Meanwhile, the Islamic Republic of Iran announced it will respond to the EU bu imposing two new sanctions packages of its own on Western officials.

In my view, this entire process in which they issue sanctions and then in turn we sanction Western leaders may bring us to the point where political sanctions lead to even greater economic sanctions, especially given that we have been laboring under far-reaching sanctions for years now. Instead of this cycle of action and reaction, it is essential to reopen the door to dialogue between Iran and the EU. We need to reactivate our diplomatic channels and avoid negotiating through the media. If the Russians really used Iranian weapons in their war with Ukraine, it is essential that Iran contact Russia through diplomatic channels and tell Moscow directly that we are not willing to be a part of this. Tehran can tell Moscow that it is under pressure and that Iran’s position is not to arm either side and remain neutral in the Ukraine war. If this issue really does exist, Tehran should convince Moscow to stop using these weapons, something which only exacerbates the pressure on Iran. Russia should take this step because if it ignores Iran’s interests, there could be consequences for the relationship between the two nations.

The current scenario in which we send a message, they send a message, they sanction and we sanction could negatively affect future talks to revive the Iran Nuclear Agreement in the end. The general expectation here is that negotiations to revive the Joint Comprehensive Plan of Action will restart after the U.S. midterm elections, and the Americans have also shown interest in continuing talks over the agreement. However, mutual sanctions could bring further conflict, something which might endanger the nuclear talks even though both sides have welcomed discussion.

The ongoing issues between Iran and the West are important and decisive ones. It is also concerning that the three European countries (the U.K., France, and Germany) have referred the case of alleged Iranian weapons in Russia to the U.N. secretary-general for investigation. If the issue comes before the Security Council, and if negotiations seem dead in the water even after the American midterm election, it would be an even greater headache for Iran. The U.S., the U.K., and the EU all wield influence in the U.N. Security Council. If diplomatic tensions continue to rise between the two sides, we might find ourselves facing a filed negotiation. Then it would be even easier for the Americans to convince the European nations activate the JCPOA’s trigger mechanism which revives the six U.N. resolutions against Iran. We might be able to cry that such a move would be unlawful, which is no doubt true, but the reality is that this is a tool that the other side has at its disposal and may use.

The Islamic Republic of Iran’s foreign policy faces a dangerous moment. The country’s economic situation is not good, we face domestic unrest, and the promise of reviving the JCPOA remains unfulfilled. Under such circumstances, it is better to take a diplomatic approach to lifting mutual sanctions and sorting the issues between Iran and the EU so we can clean up the mess our relations are in.