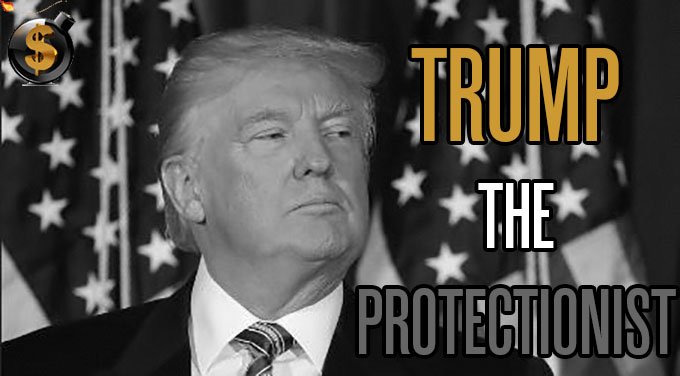 The Belgian economist Robert Triffin lives on in the annals of time because of his prediction in 1944 that, as a result of the Bretton Woods system (which established rules for commercial and financial relations among the U.S., Canada, Western Europe, Australia and Japan in the mid-20th century), the dollar could not remain convertible into gold forever. He had observed that by wanting to ensure the predominance of the dollar, both in trade finance and in the role of reserve currency, the United States was obliged to feed the world economy in dollars in line with its growth. Technically, increasing the number of dollar bank notes in circulation throughout the rest of the world could only be achieved by exporting currency in return for a structural deficit in its trade balance.

It was in 1971 that Richard Nixon pronounced the first death of Bretton Woods. Noticing that the reserves at Fort Knox were gradually being whittled away, he announced that American currency could no longer be converted into gold. Since then, it has been based solely on the confidence that everyone can have in the dynamism of the U.S. economy – its dynamism and not its good health, since the trade deficit has become coupled with, over time, a budget deficit. You cannot have a deficit with impunity without government revenues suffering. In monetary matters, confidence can be fragile. In the 18th century, distrust toward Louis XV’s regime provoked the collapse of John Law’s paper currency, whereas only a few years later the currency of Catherine the Great enabled the recovery of her empire. More recently, since the crisis of 2008, despite a more than abundant money supply, which was intended to fight against the illiquidity of the markets, currencies have not collapsed. Confidence in currency has banished distrust toward financial intermediaries.

The Struggle for Jobs

Up until now, despite the inconvertibility, the dual role for trade and for reserve of the American currency has enabled it to last. More than 60 percent of countries representing more than 70 percent of the world’s gross domestic product use the dollar as their reserve currency and therefore have no interest in seeing it dive. This is particularly the case in China.

The arrival of Donald Trump and the view he has of globalization risk fundamentally changing the order of things. We are no longer in the time of the Bretton Woods system; the United States now represents no more than 18 percent of global GDP, compared to 30 percent at the end of World War II. China is also responsible for 18 percent after having spent the last 40 years catching up to Uncle Sam. From the dominant position they have occupied, our friends from across the Atlantic have discovered the joys of competition, particularly when it comes to employment.

The redistribution of wealth has worked in favor of the middle class in developing countries, but to the detriment of the working class in the West. The world economy has shifted from collaboration to competition, making any multilateral agreement impossible. The free trade that made it possible to improve the majority of the world’s lot no longer benefits everyone. From now on, the struggle for jobs will dominate the planet. The president of the United States has therefore decided to give priority to rebalancing trade from outside his own country. By fighting to safeguard its jobs, the United States is, therefore, going to abandon its role as the cash flow supplier to the world economy at the price of a tax mechanism, which is advantageous to exporters to the detriment of importers.

What will happen on the day that the United States achieves Trump’s main objective? If there are fewer dollars in circulation to feed the growth of the world economy, other currencies will happily take up the torch, in particular the yuan. Countries with a commercial bonus will bring in fewer dollars and more yuan or euros. Gradually, the dollar could lose its dual supremacy. The tendency toward protectionism will only be reinforced and a new world, divided between three great trading and currency zones, will arise – unless national currencies make use of a currency coming from nowhere like the bitcoin? Everything will depend on confidence, as in the times of Louis XV and Catherine the Great, but one thing is becoming clearer and clearer: In solving the dilemma of Robert Triffin, Trump will cause the second death of Bretton Woods.