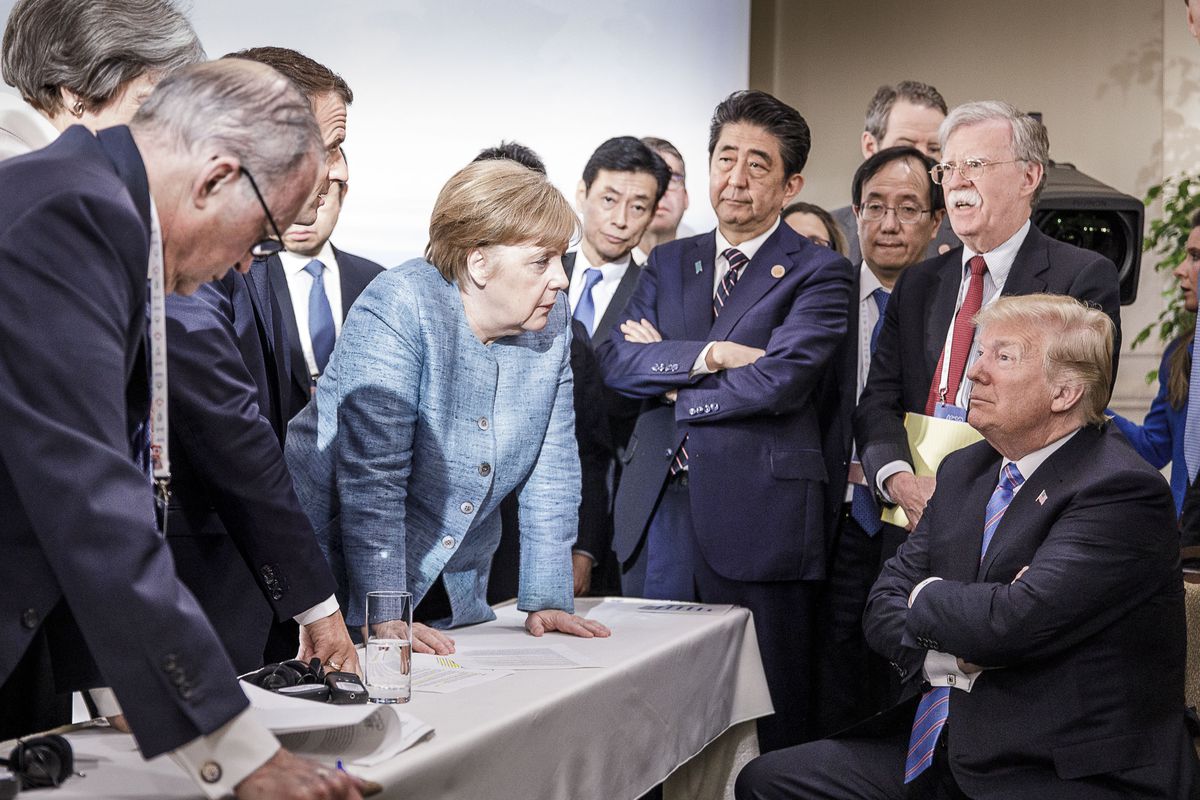 Trump is a president who obfuscates. But is this due to his incoherence and unpredictability, or rather because he makes an effort to break the codes, asks our columnist Marie-Hélène Miauton

Since January 20, 2017, a little more than a year and a half ago, Donald Trump has not stopped baffling the world. Nothing about this man — not his manner of communicating, speaking or acting — conforms to the classic image of a president, let alone the president of the world's greatest superpower. He seems to respect only the dress code associated with his role: His suits and coats are perfectly classic.

As for his language, there is much more to be concerned about. A devotee of directness to the detriment of civility and using verbal abuse to make a more lasting impression, he is unburdened by convolutions (try to use that word in a tweet!), thus adopting an unfortunately modern view of human relationships. But what is now popular among too many of our teenagers is obviously out of place in a president of the United States. However, it will be quite necessary to act so, since tweetmania infects all of our politicians in reflection of society.

Beyond everything about this man that displeases, the source of criticisms and worries continues to be the unpredictability and the unintentional nature of his decisions. Yet, this approach is pointless in that Trump is doing nothing but carrying out his campaign promises. To understand and anticipate, you simply have to report. He fights illegal immigration to the point of wanting to erect a wall along the Mexican border. That's what he promised. He pulls out of the Paris Agreement on climate — he expressed his skepticism on this topic before being nominated by his party. He favors American companies in the short term by imposing customs on foreign products. He has pledged to give jobs back to American workers in this way. He breaks the treaty with Iran that he condemned in his speeches as the worst ever treaty signed by the U.S.

Old Europe which suffered under “Deutschland Über Alles” cannot appreciate “America First” coming from the president of the United States. For them, sovereignty smacks of sulfur, which explains the taste for multilateralism and for arbitration by international organizations, their acceptance of immigration as a fact of history and morality, and their general attraction to the ideas of the left. All the opposite of Trump, who cuts off the United Nations and its agencies, who advocates the end to illegal immigration, who denounces biased international competition by returning to bilateral trade agreement over the head of the World Trade Organization.

We must add that Europe, which formerly sympathized with Israel to the point where youth voluntarily joined the kibbutzim, has become pro-Palestine. The inverse of Trump, who supports Israel as all American presidents do. But he is rough, cuts aid to the Palestinians and moves the U.S. embassy to Jerusalem, as per a 1995 Congressional decision that was never actually implemented. Essentially, due to his outrageous rhetoric, nobody really believed that Trump would act as he had promised. We can complain, but it is hypocritical to blame him.

The Old Alliance of the West

As a result, Europe does not like Trump, who equally does not embrace the European Union. For the record, throughout his campaign, he swore the euro was destined to fail and stated he wanted to distance himself from a “socialist and weak Europe.” That is why he pounds the table demanding that Europeans fulfill their commitment to invest two percent of their Gross Domestic Product to military defense, which Barack Obama requested more gently, but fruitlessly. And this also explains why he considers Brexit to be so wonderful and invites Theresa May to drive a harder bargain.

But it is also why the old alliance of the West is fracturing, to the detriment of Europe which again finds itself alone, without trusted relationships with its old ally to the West and in a bitingly cold relationship with Russia. If China and Putin truly reconnect, it's over!